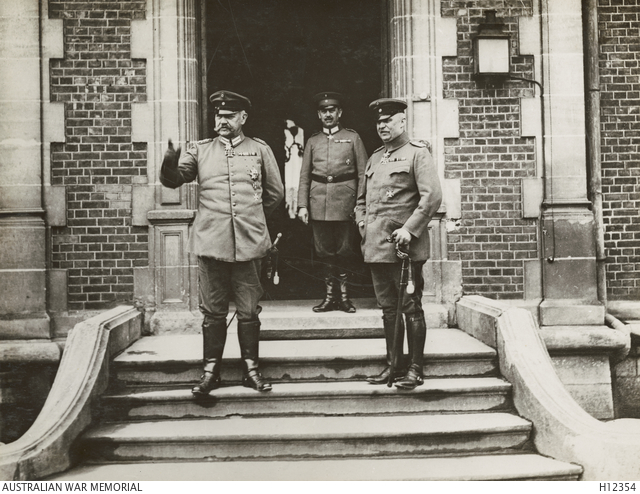 In March 1918, Allies suspected that German forces would soon make a decisive move. They were right. On 14 March, General Erich Ludendorff, Chief of Staff of the German armies, was planning a surprise offensive to divide the French and British forces on the Western Front. As anticipated, the German army amassed its troops and launched an offensive on 21 March, on a front south of Arras in St Quentin sector. 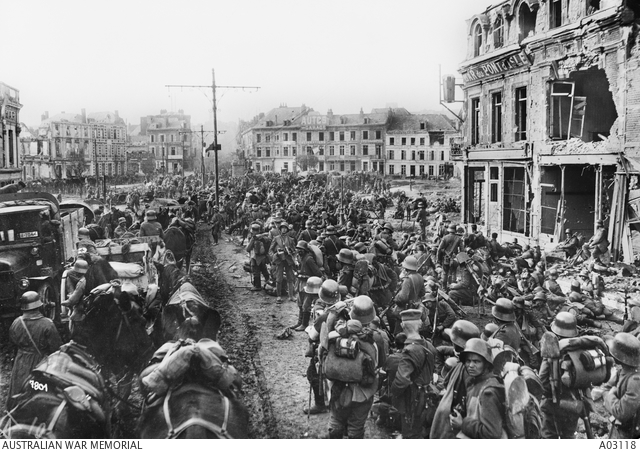 The Germans wanted to capture the strategically important area of Amiens, to divide the Allied armies and to weaken them to the point where a combined counter-attack would be impossible. To diminish Allied strength was also crucial following the United States' decision to enter the war in 1917; American forces were about to arrive in France in support of the Allies. Although it is generally accepted that by this stage Ludendorff did not expect to win the war, by launching as many offensive actions as possible, the German high command aimed to be on a more equal footing with Allied countries when peace negotiations were eventually held. 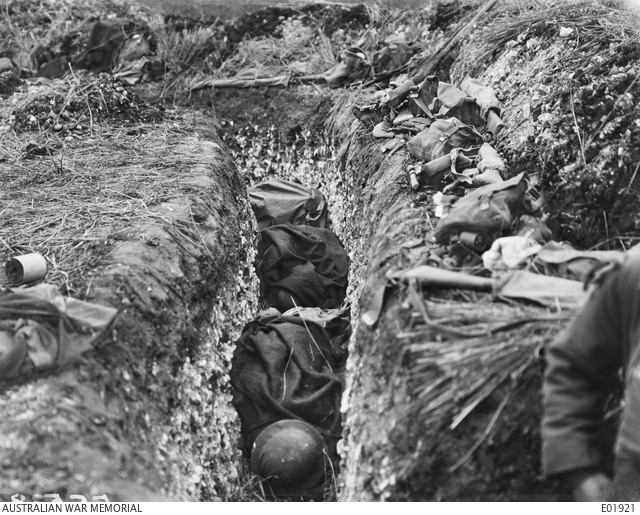 Troops of the 4th division asleep in the narrow reserve trenches near Bresle Wood on 28th March 1918, the morning after they first met and stopped the German advance on Amiens. They had been on the march for several days previously in cold and drizzling rain, and the temporary rest was more than welcome.

Sixty-three German divisions attacked over 60 miles of the front held by 26 British divisions, overwhelming British defences and driving them west. The Germans concentrated on infiltrating strongly in one central area, whereas the British expected that the attack would be spread out, and that the Germans would attempt to outflank them in the Somme woods and valleys. The British 3rd Army and 5th Army were taken by surprise, divided and forced to retreat. German troops then rapidly advanced across the Somme battlefield towards Amiens. In five days, they had recaptured all the land they had lost around the Somme in the previous two years. This was disastrous for the Allies. Not only had they lost all the land which thousands of men had died to capture, but also the Germans were now dangerously close to Amiens, a vital rail junction, which in March lay defenceless.

In the short space of ten days since launching the offensive, German troops were almost at the gates of Amiens. The Allies had to prevent the Germans from passing through Villers-Bretonneux, the main area before Amiens. On 25 March, the 3rd and 4th Australian divisions were on their way, hastily instructed to plug the gap and to assist in stopping the offensive.