An officer from a distinguished Australian naval family. Warwick Bracegirdle saw extensive service in both the Second World War and the Korean War and was awarded the Distinguished Service Cross on three occasions.

Warwick Bracegirdle seemed destined for a naval career. His father, Rear Admiral Sir Leighton Bracegirdle (1881–1970), had been an officer in the NSW Naval Brigade and later the Royal Australian Navy (RAN). By the time he was 21 he had fought in the Boxer Rebellion and the Boer War; in the First World War he served in the Australian Naval and Military Expeditionary Force, and in 1915 was appointed to command the Australian Naval Bridging Train. Following in this tradition, young Warwick entered the RAN College, where, in 1928, he received the King’s Medal.

During the Second World War Warwick Bracegirdle was in the Mediterranean in HMAS Perth, and was often under air attack. At Piraeus, near Athens, he was almost killed when the ammunition ship Clan Fraser exploded while he was trying to tow a lighter clear during a bombing raid. For “his personal courage and determination” in Perth Bracegirdle was awarded the Distinguished Service Cross (DSC).

From 1942 to 1945 he was gunnery officer in HMAS Shropshire. Always “a cool thinker in action”, he received another DSC for his “gallantry and skill” at Leyte Gulf in October 1944. He was twice mentioned in despatches.

During the Korean War Bracegirdle commanded HMAS Bataan and in 1952 was awarded a further DSC. Bataan and Warramunga were the two Australian ships most heavily involved in the war. On one occasion, after Bataan was under fire, Bracegirdle returned to his cabin to find a shell had penetrated it. To his annoyance, and others’ amusement, his dress uniform had been hit.

For service in Korean waters, Bracegirdle also received the US Legion of Merit. He was later posted to Britain and retired from the RAN in 1957. His son, also a naval officer, served in the Royal Navy. 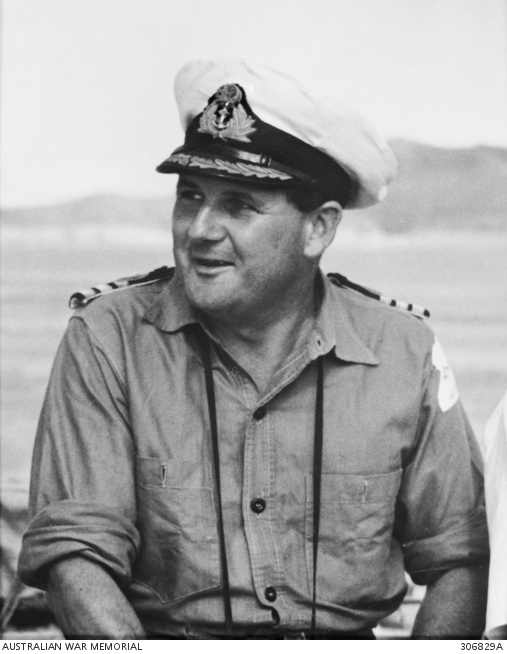 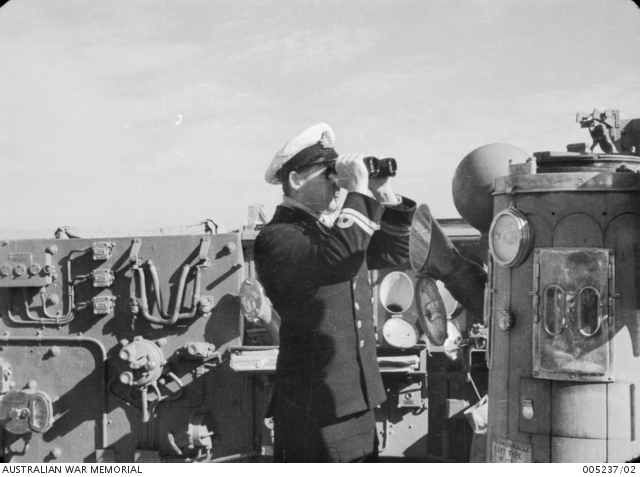 Lieutenant Bracegirdle on the bridge of HMAS Perth in October 1940. 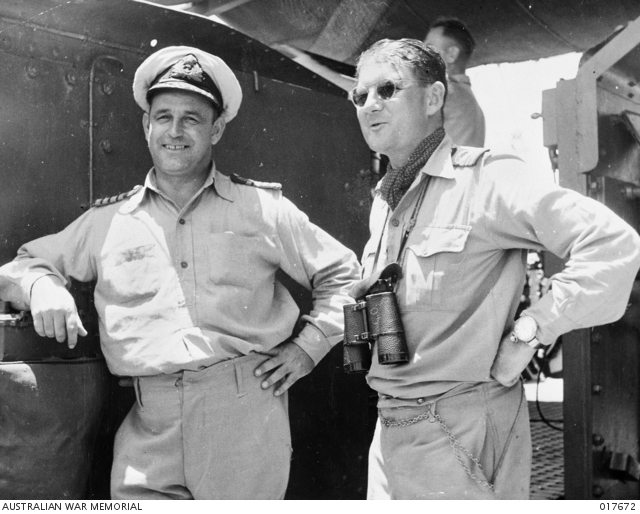