Probably the best known RAAF pilot killed in the war. Truscott was a Melbourne footballer who became a fighter pilot and established his reputation as an “ace” in Britain.

A popular sporting figure who played in Melbourne Football Club’s winning grand final sides, Truscott left his job as an accountant in 1940 to join the RAAF. He trained as a pilot in Canada and went to England in 1941 as a foundation member of No. 452 Squadron RAAF. Between August and November, No. 452 was the top-scoring fighter squadron in Britain. Truscott soon established his personal reputation, destroying up to 14 enemy aircraft; he was twice awarded the Distinguished Flying Cross.

Bluey Truscott was never regarded as a great flyer, but he was aggressive and accurate with his shooting. Stories of his exploits, most of them over German-occupied France, were read widely in Australia and he became a national hero. In 1942 he was posted back to Australia, where fans forgave him for his loss of form and playing skill when he took part in a special return football game.

Moving from his favourite aircraft, the Spitfire, Truscott now flew P-40 Kittyhawks with No. 76 Squadron RAAF. In mid-1943 he took part in the desperate fighting, in appalling conditions, at Milne Bay, in Papua, and was promoted to command the squadron. Truscott and his pilots had a vital part in the local defeat of the Japanese. Later, in January 1943, in the defence of Darwin he shot down an enemy bomber.

On 28 March 1943, Truscott was escorting a Catalina flying boat off Western Australia. He made a low practice roll, but misjudged his height: he crashed into Exmouth Gulf and was killed.

Truscott was the RAAF’s second-highest-scoring ace of the Second World War after Clive Caldwell. Each year the Melbourne Football Club remembers him when it awards the Keith “Bluey” Truscott Medal for the best and fairest player. 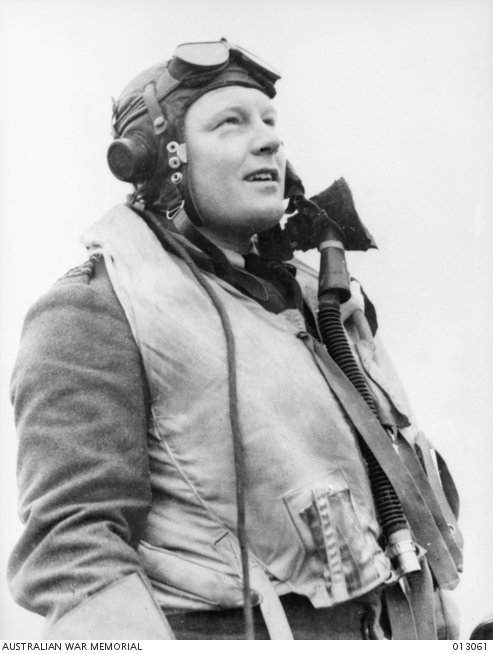 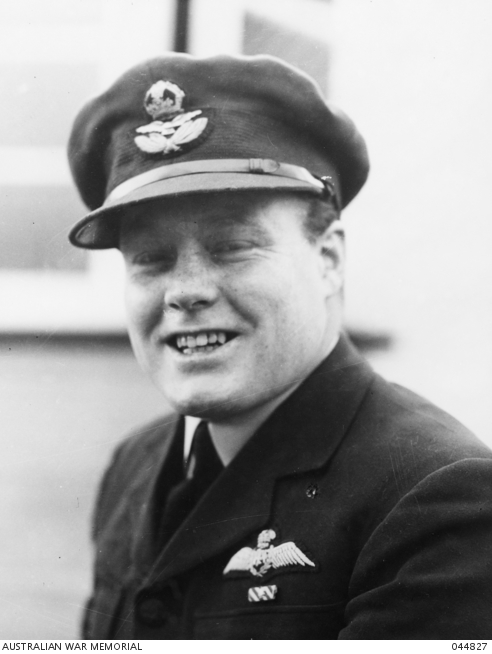 “Bluey” Truscott, Australian Spitfire pilot of No. 452 Squadron RAAF at Kenley, in Britain, in 1941. 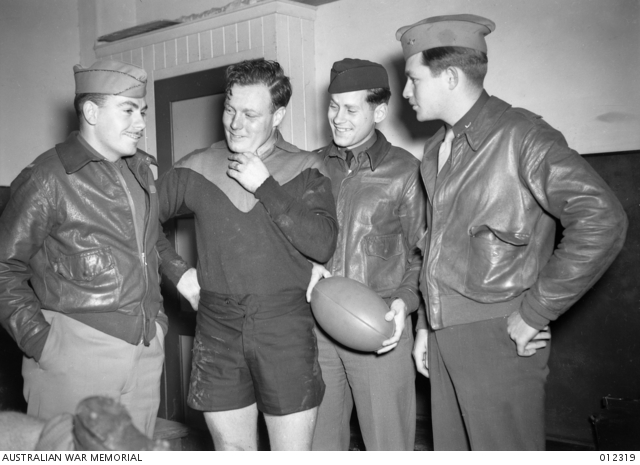 Truscott, back home in Melbourne in May 1942, explains AFL football to some American servicemen. 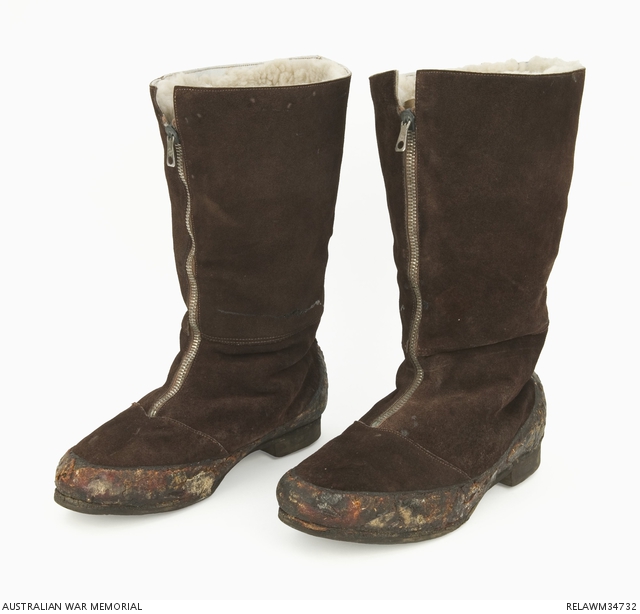 Air ace’s boots Truscott wore these flying boots when serving in No. 452 Squadron RAAF. He established himself as a fighter ace during this period.