For Country, For Nation

For Country, For Nation

Aboriginal and Torres Strait Islander peoples have a long standing tradition of fighting for Country, and continue to serve with honour among our military forces. They have also worked in ancillary, industry, and other home-front activities, and their communities have been thrust into the front line of theatres of war. The touring exhibition For Country, for Nation will highlight these stories and explore themes of remembrance and tradition through family histories, objects, art, and photographs from across Australia, drawing inspiration from cultural traditions and symbols of warrior’s discipline, knowledge, leadership, and skill.

For Country, for Nation is thematic in structure. Within each theme are stories of Aboriginal and Torres Strait Islander experience during wartime and peace.

Welcome to this story-place where our peoples will share personal experiences and family histories of military service during war and peace. We invite you to take a moment to pay your respects to Country, Ancestors, and custodians; to acknowledge the guidance of the Elders of all Nations; and to recognise all the people who have shared their stories. For Country, for Nation is an honouring of our warriors and soldiers who fought for Country; a remembering of our communities and Countries deeply affected by war; and a joining together in the spirit of peace. You are welcome to add a personal offering of remembrance – a poppy, a blessing, a small keepsake – or share a moment of reflection. 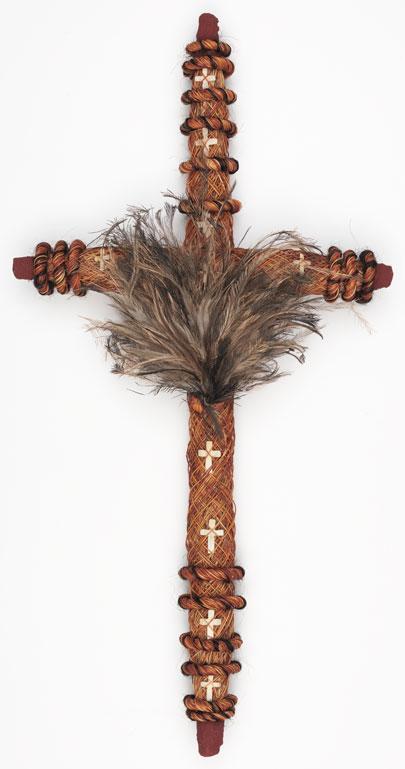 "I made this crucifix in memory of the forgotten battlegrounds where spirits of warriors remain forever; to remind us of the battles fought at home; and for those who lay in a distant land never to come home." - Shirley Macnamara

Long, long ago, the Creation Ancestors made all the different Countries and Nations across this place we now call Australia. They made earth, ocean, mountains, rivers, plants, animals, humans, languages, and stories. The Ancestors left a precious gift for us, and made Laws for living on Country.

For more than 2,000 generations we’ve taught our young people the warrior’s strength and the diplomat’s patience. Our ancient teachings continue even as they are adapted to modern times, and our people make great warriors and peacekeepers. Every time modern Australia has gone to war, our peoples have answered the call to fight for Country. 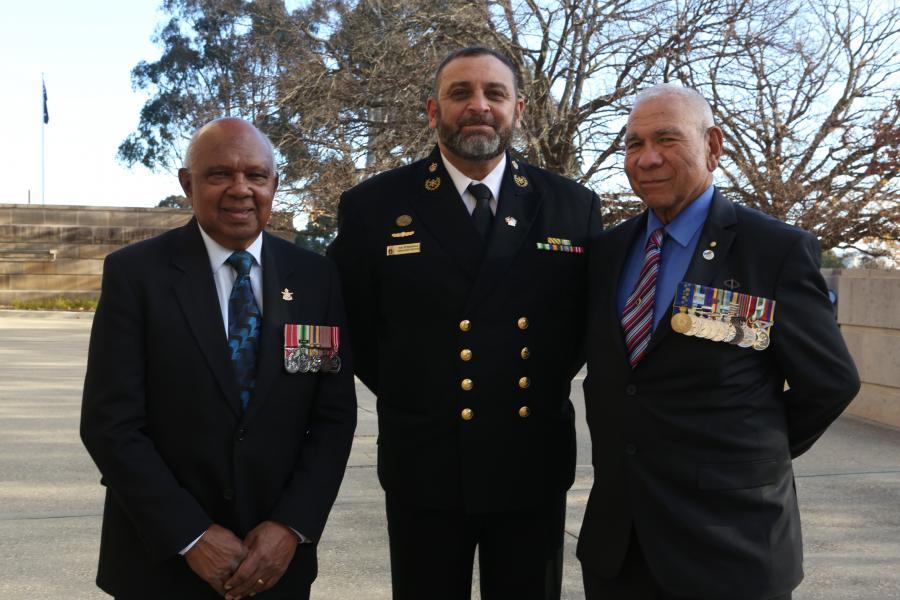 "It does me proud to see young people in uniform, and it makes the families proud."

"When I first got into the Air Force I got sent away. Being a boy from north Queensland – it was like, “Where the hell is Sale?” They gave me four blankets, and I went back and asked for four more. The homesickness was always first and paramount …"

"I always wanted to go back to my communities to help people. Whenever I went to different bases, I always looked for community. I did write a letter a long time ago about this, going back to communities to promote the opportunities. When I got a letter inviting me to be Air Force Indigenous Elder – I was in awe." - Uncle Harry Allie, Kudjala man, inaugural RAAF Indigenous Elder

All heroes, our stories

Military service requires courage and discipline. Many of our veterans also talk about the mateship and equality they experienced during their service, and they are quick to acknowledge their fellow soldiers from all cultural backgrounds and walks of life.

Some of our people worked hard and enjoyed successful careers; some worked for little reward, and at times some struggled with homesickness and separation from loved ones. Many have been deeply affected by the suffering caused by wounds or injuries, imprisonment, loss of life, or post-traumatic stress disorder. And yet, to us, all of our servicemen and servicewomen and their families are heroes. 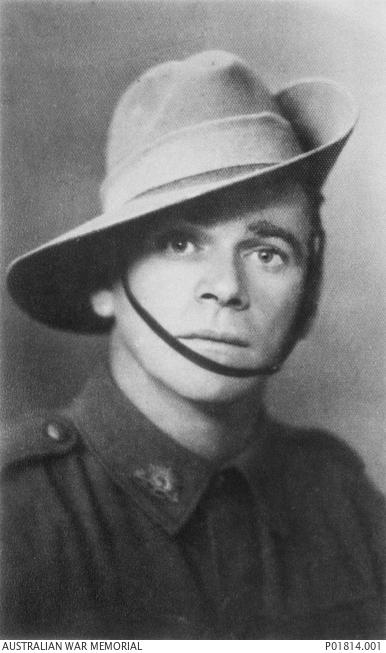 "On Sunday the eighth of February, the invasion began … By the 15th of February 1942, the unequal fight was over, and the Japanese took control of Singapore."

"Johnny, who had been driving a Bren gun carrier during the battle, was wounded in the head and left arm, but still managed to drive his vehicle, with its dead and wounded crew members, back to a first aid post. After Singapore fell, Johnny became a prisoner in the Changi prisoner[-of-war] camp, where he slowly recovered from his wounds."

"The Japanese did not supply the necessary medications to help combat the diseases that were rife among the prisoners, and many men died as a result of this neglect."

"Johnny died on the 11th March 1943, and his grave was marked with a cross made by his fellow prisoners. After the war ended his grave was moved to the Kranji Cemetery and the old cross was replaced with a new headstone." - Harold J Hill

The three Hill brothers from Western Australia all served during the Second World War: John in the army, Roy in the air force, and Harold in the navy. John was captured at the fall of Singapore; Roy piloted Lancasters in RAF Bomber Command; Harold served in HMAS Perth, became a prisoner of war, and worked on the infamous Burma–Thailand Railway. Both John’s brothers survived the war.

Communities on the front line

Our communities across Australia have been greatly affected by war and by British and Australian military activity. Top end communities bore the brunt of the raids on the Australian mainland during the Second World War, while our people on the home front made significant contributions in industries and services supporting the wartime defence of Australia: as farmers, transport officers, factory workers, nurses, teachers, mechanics, hospitality workers, and domestics. We welcomed job opportunities, and the chance to gain new skills and support serving family members.

During the Cold War–era, desert communities continued to suffer, as British and Australian forces carried out nuclear testing in places such as Maralinga in South Australia.

"I was here and I was eight years old. And yet World War II – I saw that plane and gun and bomb. I seen that plane – that Japanese was my time when I was eight years old … When I been a boy I never painting but I use to listen story. When I been come to the really man [mature], that’s the time I used to do painting. When I was a boy I used to listen …"

"And I can draw my culture and I think about how to draw into my brains. I can think in my brains and my head just like a book. You read a book – that is yours, and I can think into my mind and brains." - Paddy Fordham

Following the British colonisation of Australia, we suffered wave after wave of human rights abuses and oppressive legislation. But our peoples maintained their dignity and honour, upheld the warrior’s strength and the diplomat’s patience, and made important contributions to the broader Australian society. As always, we valued the friendship and respect of those who stood by our side in the fight for human rights and social justice.

Our peoples overcame legislative barriers and entrenched racism to volunteer to serve during the early twentieth century. Some changed their names, hid their identity or travelled interstate to enlist, while others convinced officials they were of “substantially European origin”. 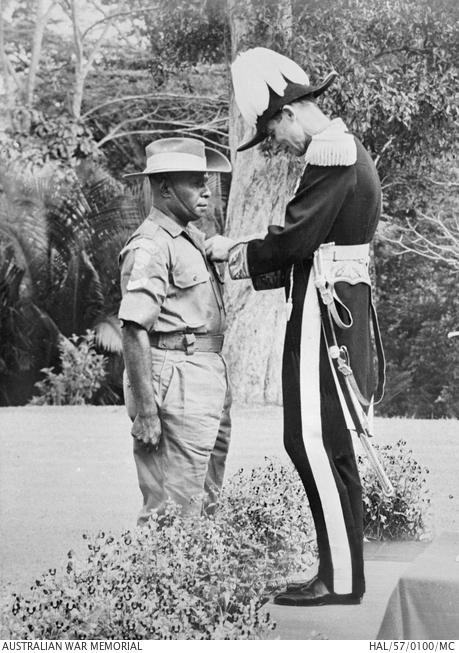 Like our Ancestors before us, we gift our stories, teachings, and memories to the next generation. Our songs, dances, stories, and works of art chronicle the ancient and modern histories of our peoples. New media such as films, books, and websites provide exciting opportunities for sharing and teaching within our communities and with others.

During local and national anniversaries and commemorations, we gather to remember those who fought for Country and pay our respects. We gather to support the families, and to show pride in our young people, who have chosen to carry on the teachings of the warrior and the diplomat. 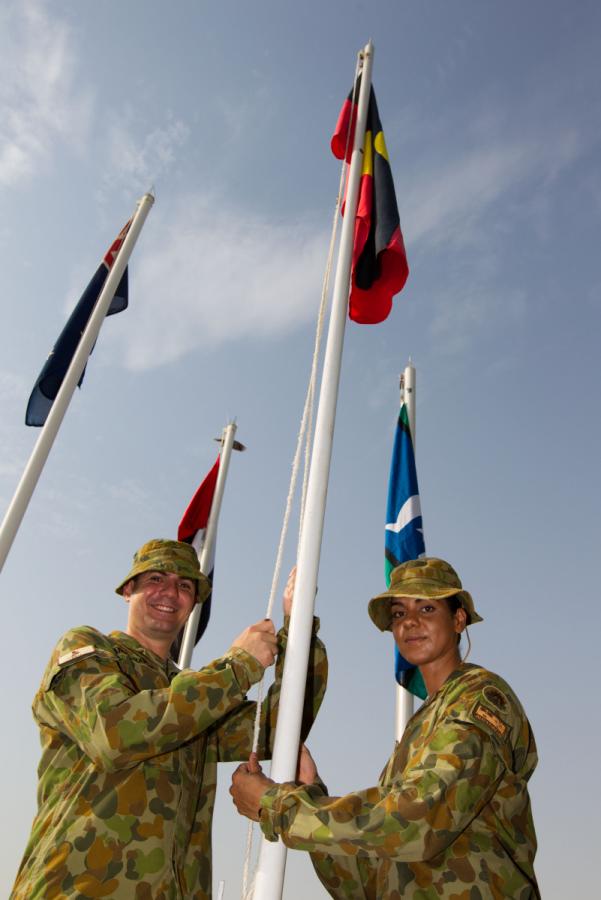 "As an Aboriginal man, a soldier, in a foreign country, standing there watching one of my flags unfurl, one of two that I serve under, one that represents my people and culture, my connection to Country, on a war-like deployment overseas. For me this was an important part of the recognition and acknowledgement for all Aboriginal and Torres Strait Islanders who served, who are serving, and who will serve." - John Angel-Hands

An operational unit in the United Arab Emirates celebrated NAIDOC Week 2013 by raising the Aboriginal and Torres Strait Islander flags alongside the Australian flag. This was the first time the Australian Defence Force had ever raised the three flags together in an official ceremony while on operation and it shows the growing pride and respect for Aboriginal and Torres Strait Islander peoples and cultures by the wider Australian community.

This project has been assisted by the Australian Government's Visions of Australia program.

For Country, For Nation is supported by IAS Fine Art Logistics.