Shaun Gladwell’s war art focuses on ordinary soldiers in harsh landscapes, on their physique, their inner world, and the training and rituals that shape them. The subjects depicted here, whether on military bases in Afghanistan, the Middle East or Australia, lie at the centre of the artist’s meditations on the role of technology in modern war and the nature of sacrifice and death. Gladwell’s work is a significant contribution to a tradition of official war art that began during the First World War. His use of the video medium is the first in the history of the official war art scheme.

In October 2009 he went to Afghanistan and several bases in the Middle East as an official war artist, commissioned by the Australian War Memorial. For two weeks he was attached to the Australian Defence Force (ADF) in Afghanistan, which is engaged in a range of training, logistical, reconnaissance, and battle operations as part of the NATO-led International Security Assistance Force. 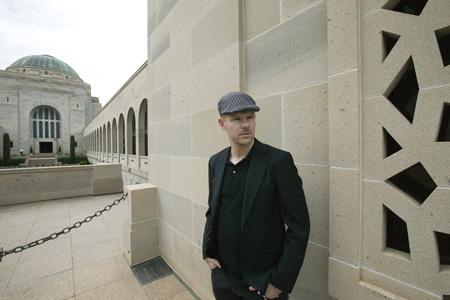 Working with video, photography, and a range of traditional media including painting and sculpture, Gladwell has often focused in his artistic practice on the physical performance and concentration inherent in the activities of particular subcultures. He established his career as an artist through a series of meditative videos that represented the artist performing a range of activities on a skateboard, more often than not in slow motion, and staged within various well-known landscapes.

In his more recent work, including his 2007-09 videos and photographs inspired by the Mad Max films, he has explored the interaction, and sometimes the collision, of people, animals, and vehicles traversing Australian landscapes. Drawing on a history of art and film, his work investigates relationships between the human body, landscapes and images drawn from the contemporary world. Gladwell has developed an international profile and is currently based in Sydney and London. 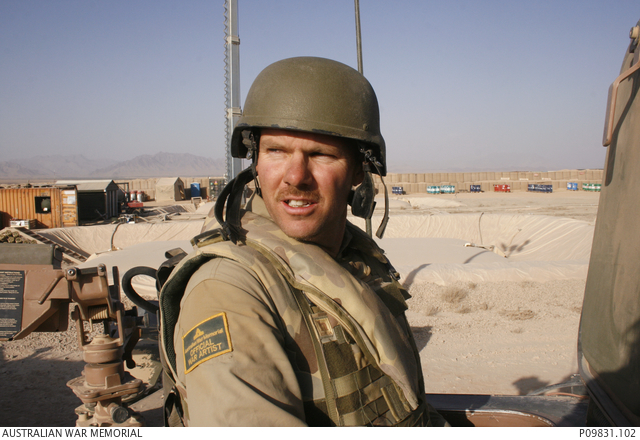 The Australian War Memorial operates the official war art scheme, first set up during the First World War to record and interpret the Australian experience of war. The scheme was reactivated during the Second World War, the Korean War, and the Vietnam War. This rich tradition of official commissions has included works by major Australian artists, such as Arthur Streeton, George Lambert, Donald Friend and Nora Heysen, and occupies a unique position in the history of Australian art.

Typically, the scheme has involved an artist being attached to Australian military forces in conflicts or peacekeeping missions, for the purpose of creating a personal and informed representation of that conflict. In 1999, after a lapse of some years, the Australian War Memorial re-animated the scheme, and since then artists have been commissioned to travel to many war zones and peacekeeping operations throughout the world. The resulting contemporary works of art have provided fresh ideas and perspectives on the nature of conflict in today’s world.