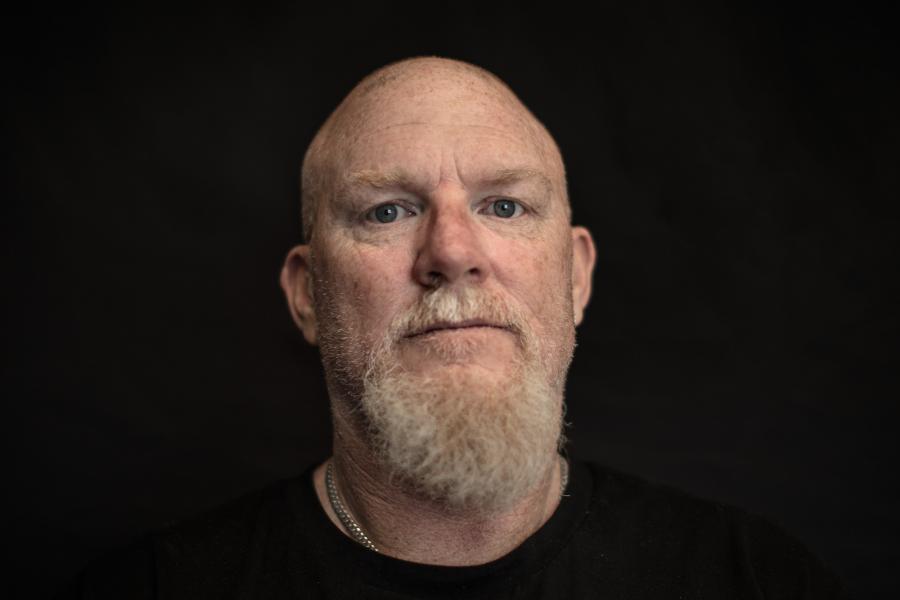 The tattoo at the centre of Adam’s chest depicts a Tarin Kot memorial to his friend, David “Poppy” Pearce, who was killed by an IED blast in Afghanistan in 2007.  Adam and Poppy had deployed to the Solomon Islands together, and Adam helped Poppy to go from reservist to full time in the army.  Adam welcomed the pain of being tattooed: Every time it hurts, I’m here to say it hurts. I’ve got mates who aren’t here. It sort of evens it out.

Out of the army after 28 years – with his enlistment and discharge dates prominently tattooed on his hands – Adam assists others with their own transition to civilian life, advocating honesty with oneself as much as with others: When you can, talk about things openly ... You got to learn to swallow your pride. It doesn’t matter what people think about you, what you’ve done, or what you’re going through, only you and your family know the real you. Your real mates, they’ll be your mates. 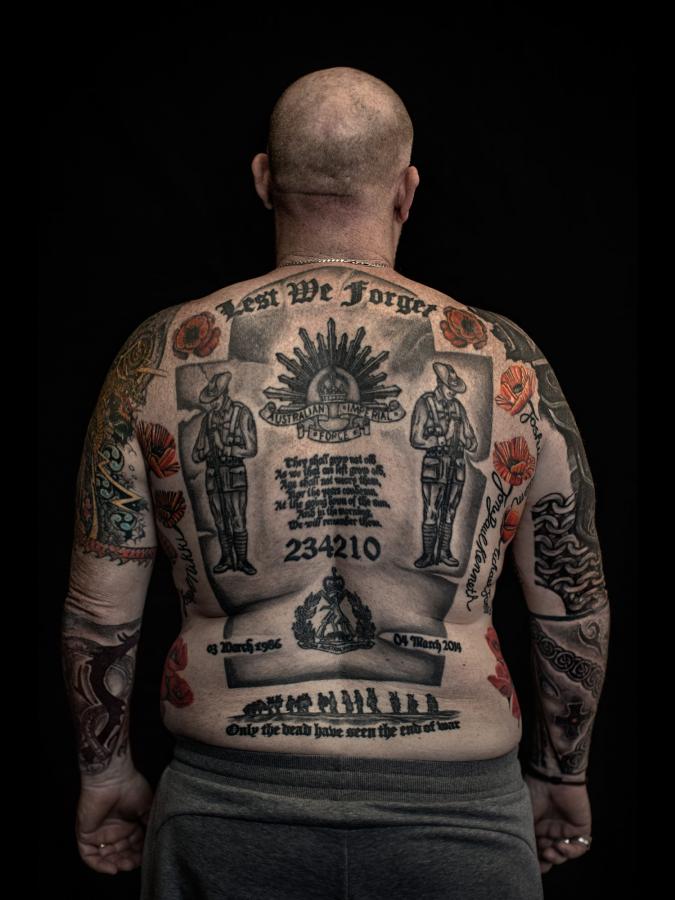 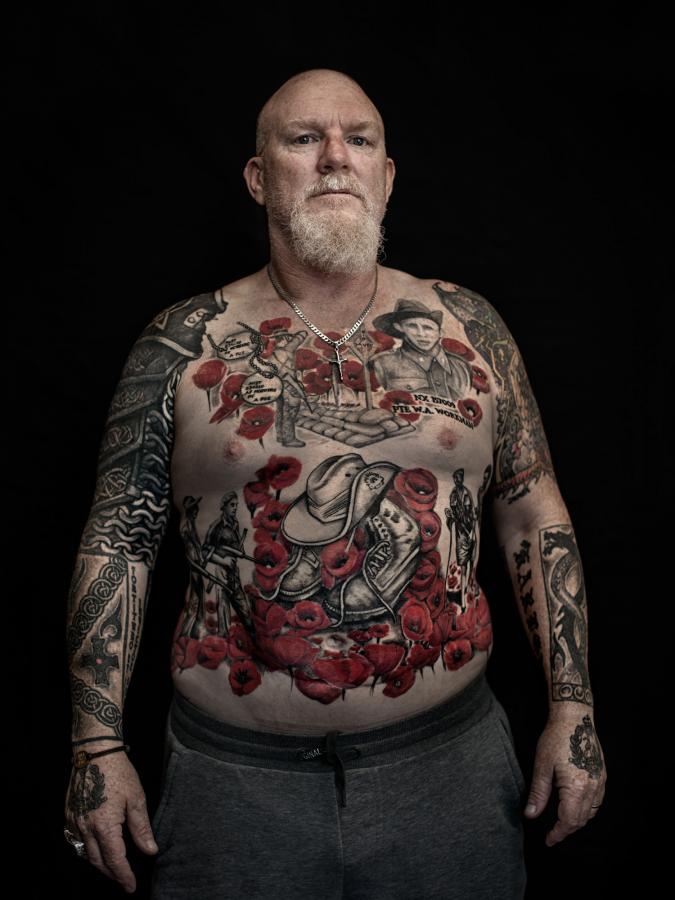 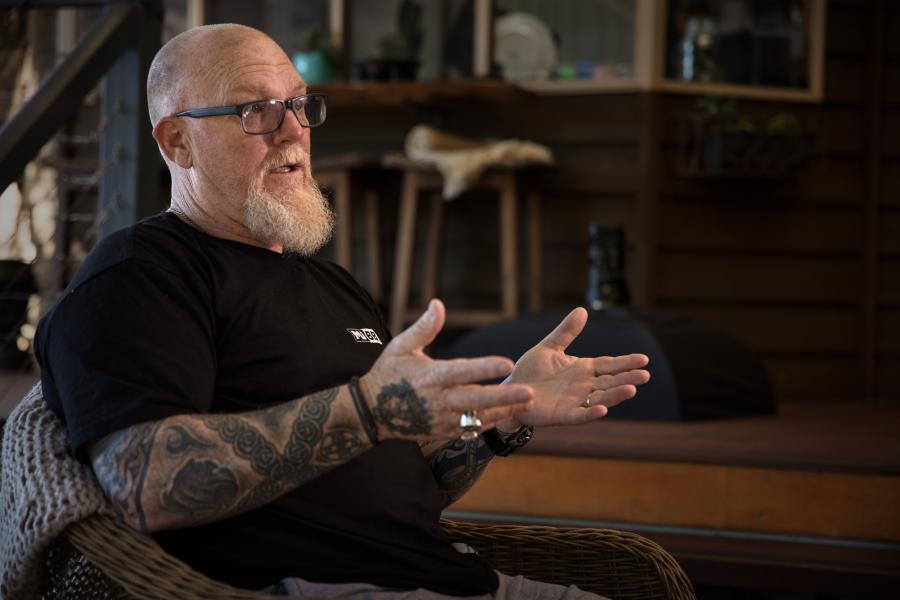