There’s some stuff I saw, over there. That will stick with me. But I’m still glad I went.

Bec was a linguist with the RAAF for five years, before deploying to Kandahar, Afghanistan, in 2007. Kandahar was the site of a massive airbase, populated by military members of many allied nations; as an ‘embed’ in a combined forces group, Bec lived and worked alongside different nationalities, and was the only Australian on her team.  They were all subject to regular rocketing, while incoming supplies could be interrupted at any time by deadly Taliban attacks.

It is a hard thing because for six months, from the minute you wake up to the minute you get to bed, you’re dealing with IEDs, and rockets, and death and war and Taliban and terrorism and insurgents, it’s just constant.

Bec made many friends at Kandahar but it could be a dispiriting place. Every time someone was killed, the flag of his or her country were lowered. With so many countries represented on base, there were often flags at half-mast, a constant reminder of death.  Even harder was to see an Australian flag at half-mast.

You’d come in the compound and there’d be two flagpoles. One would be flying the ISAF flag, and the other one, usually at half-mast, for whoever’d lost people, maybe the night before… Turned out one of the guys that was killed over there, I don’t remember him very well but it turned out I used to work with him, and that was hard. They’re young guys...

Bec knew her deployment there was “one of the biggest things she’d ever do” and felt a strong need to be tattooed with a tribute to her deployment, something of particular significance to her. Because of her background as a linguist, she wanted a word written in Arabic; that word would be Kandahar,  the place that had changed her life.

She had the tattoo done after her return home.

Now I look at my tattoo and I’m reminded.. I have already done the hardest thing I can do.. If other people think it’s stupid, doesn’t matter. It means something to me. 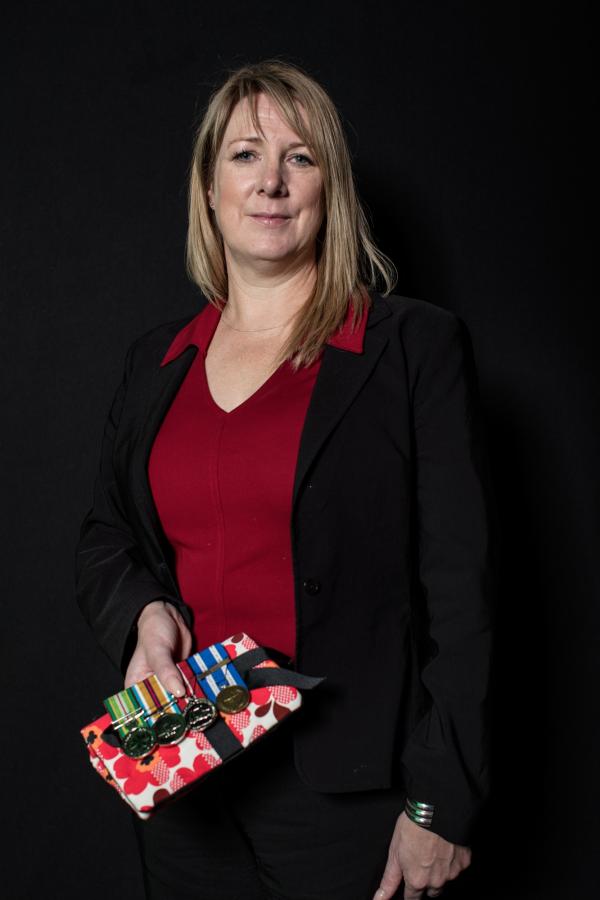 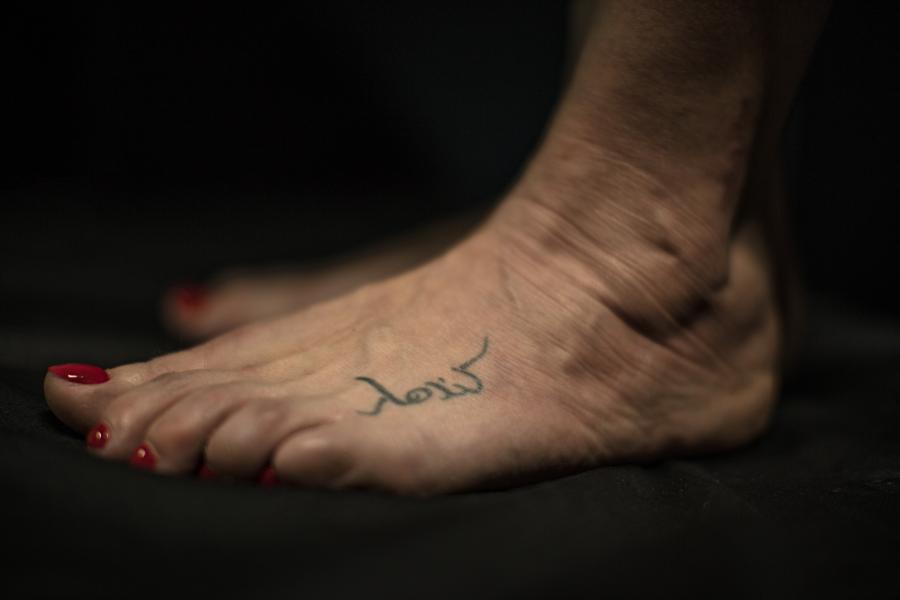