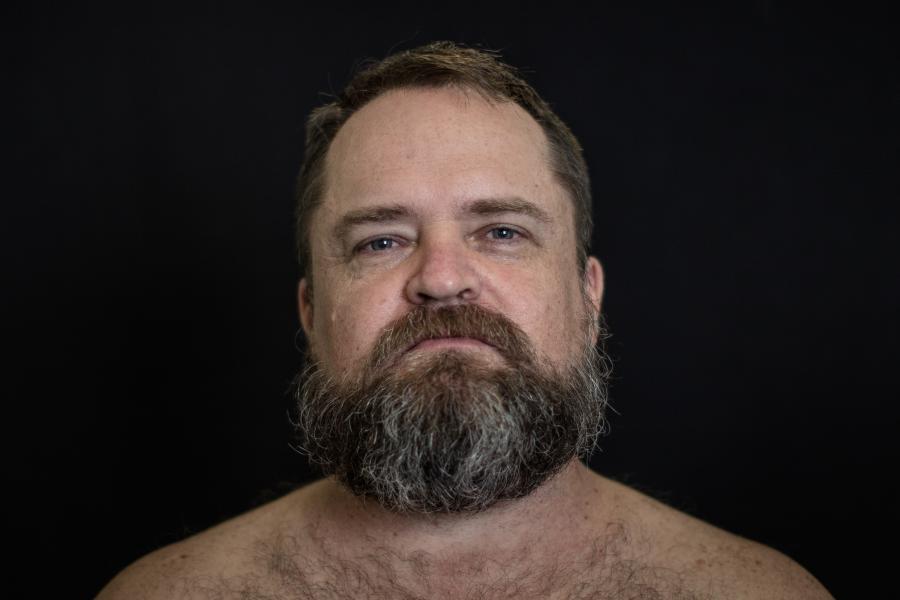 That experience was so far out of everyone’s previous experience. Unless you’re a copper or ambo – no one really knew how to handle it. The whole thing was firsts.

Bill joined the regular army at age 20 and two years later, was deployed to Somalia, Australia’s first war-like operation since Vietnam. Despite a lot of pre-deployment preparation in Australia, there were shortages of things no one had thought of, like laundry detergent, stamps, even books to relax over when the patrolling was done.  Some people learned new things on the fly, such as the actual  weight of live ammunition; peacetime training had  involved carrying only blanks, which were comparatively very light:

There was a truck driver from the transport corp, not a digger, he’s just giving a hand.. He grabbed [the ammunition] and it just plummeted to the ground, he had no concept of the weight we were carrying.

Water supplies could also be an issue. Bill remembers the average daily temperature was 40 degrees when his group were sent on a mission involving a two day walk in the dry heat to a strategic location.

Thankfully, [it was] flat terrain... Our forward scout went down with heat. We were bone dry.. .He was going into renal shutdown, as we later found out. No vehicles could make it to us… Everyone had to monitor him because he was... moaning, crying out, and we had no water to give him.

Of course in a war and famine affected country, there were others in very great need. Bill remembers providing security to an aid agency distributing food and clothing to young orphans, struggling to keep in queues as they waited their turn.

I was fixated on this one kid, I was watching him. He looked like he was going to miss out. He was third in line, I was thinking, ‘No mate you’re not going to miss out ‘, and then I realised, he’s afraid. That’s what’s going on here…

Bill has had three tattoos.

My first one was my blood group, which is fairly common for most diggers . Even though I’ve heard stories that [medics] take tissue samples anyway, they don’t trust – you might be some weirdo who tattoos random stuff on yourself!

He also has a kangaroo with an Australian flag, and finally, the Regimental ‘Skippy Badge’, tattooed over his heart.

I decided to get that tattoo was because, they told me I was going to have an operation with career implications… Someone could see my corpse and say it was an army tattoo... It’s a marker… I wear it with pride.

Though his feelings about the Somalia deployment are mixed, Bill is clear on what he enjoyed about army life.

I do think it’s a noble profession… The camaraderie and the company, I miss.  I maintain friendships with army mates. Yesterday we were talking about some horrific army exercise, the lack of food, lack of sleep, rain, miserable.  I don’t know if it’s a masochistic part of me, but I miss that!  I think, once you’ve been through that, you know you can deal with anything. 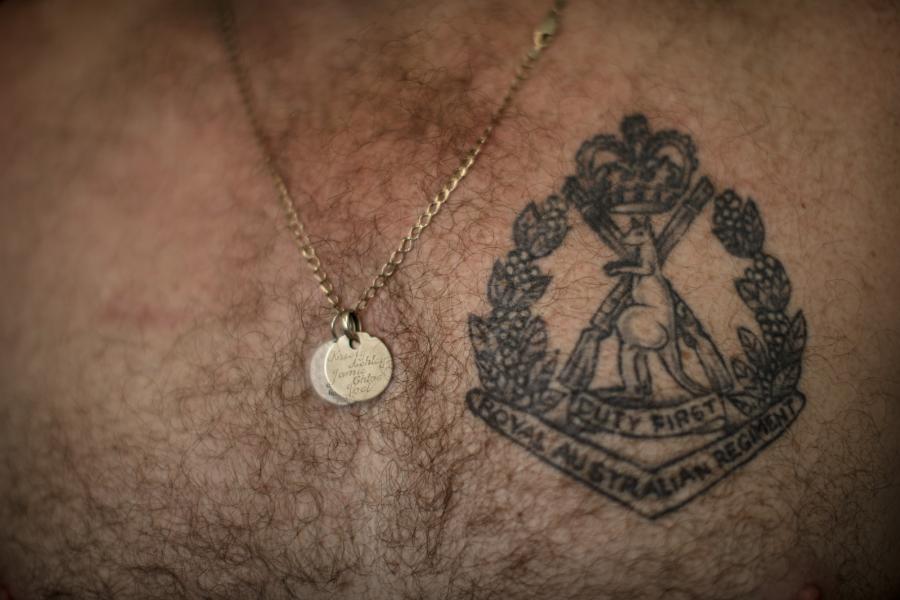 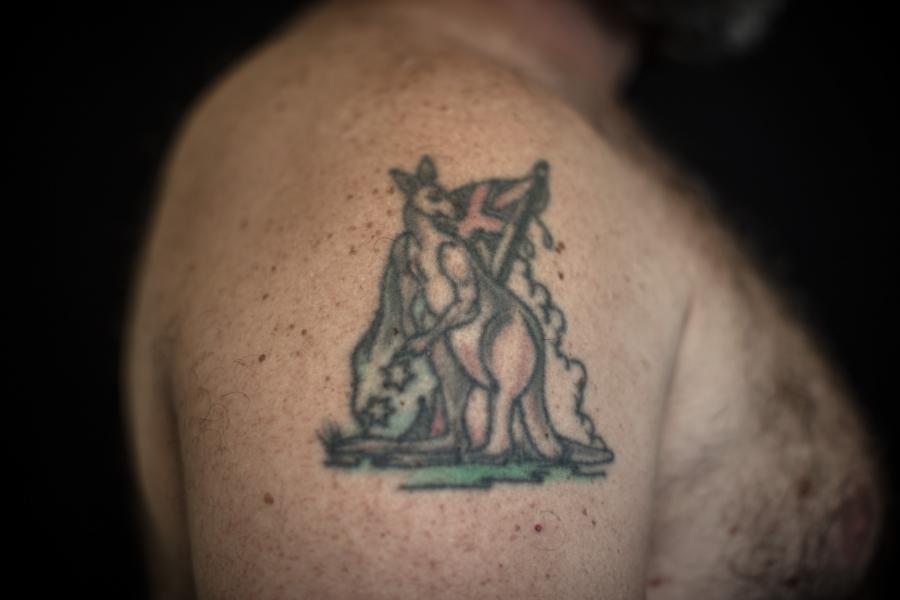