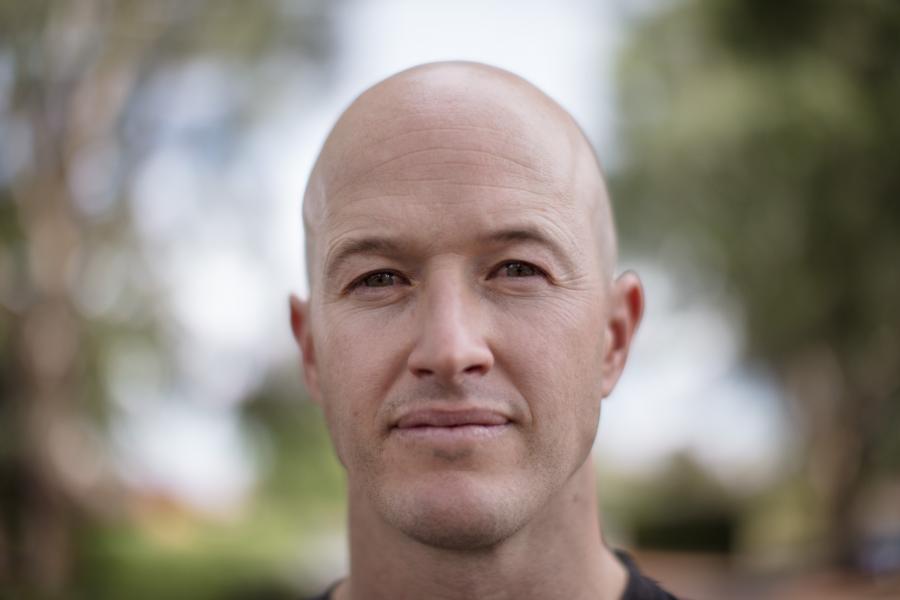 David deployed to Afghanistan in 2011, where he was hit by improvised explosive devices (IEDs) four times.  He has tattoos representing his service – including the tank symbol of the Cavalry Regiment – and losses sustained by his unit and the army – particularly the death of Private Matthew Lambert of 2nd  Battalion, the Royal Australia Regiment, whose name appears in dog tags. One of David’s most striking tattoos is a scene of Mirabad Valley, a beautiful and dangerous place where he spent most of his Afghanistan deployment. David hopes that when people see his tattoos they will recognise him as a veteran and ask about his experiences. 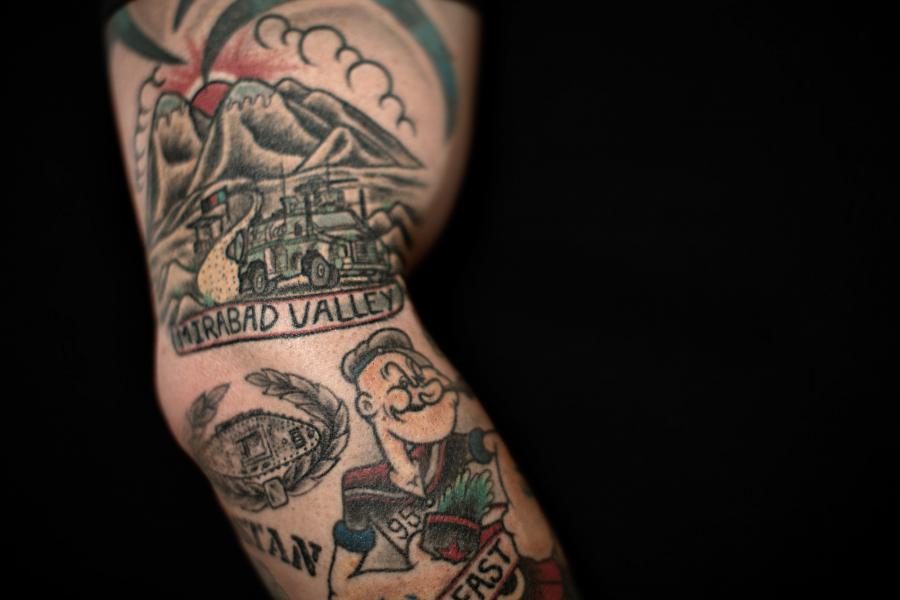 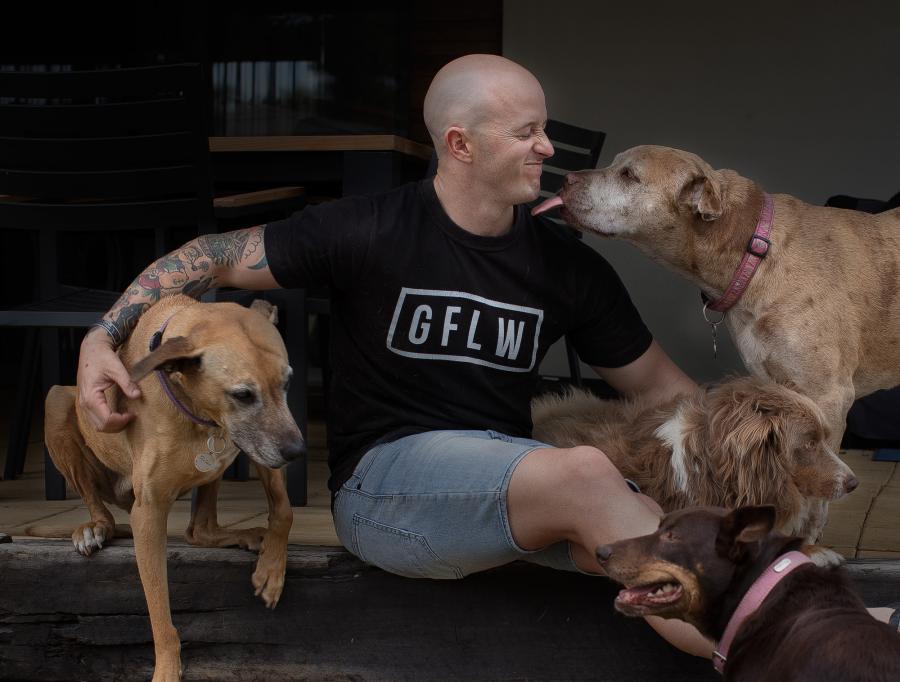 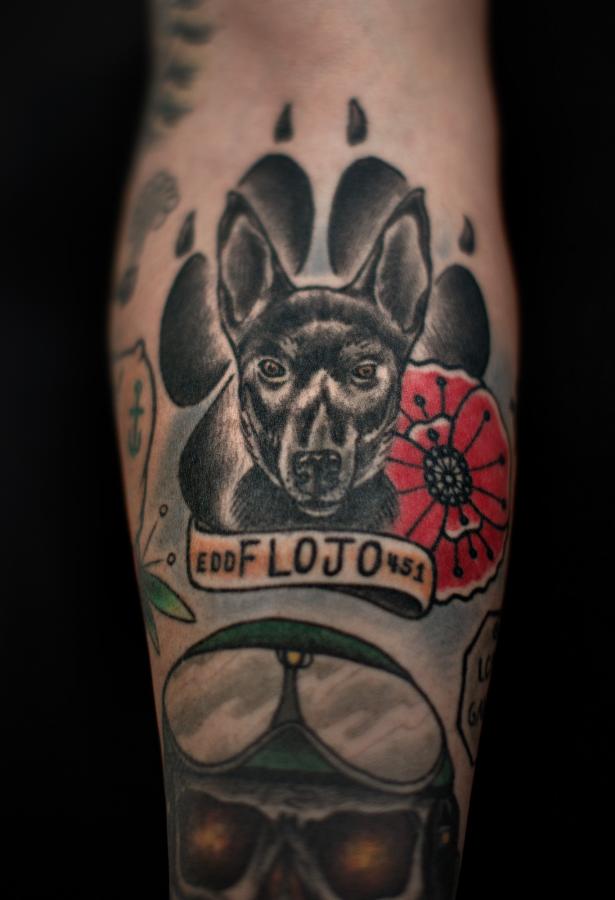