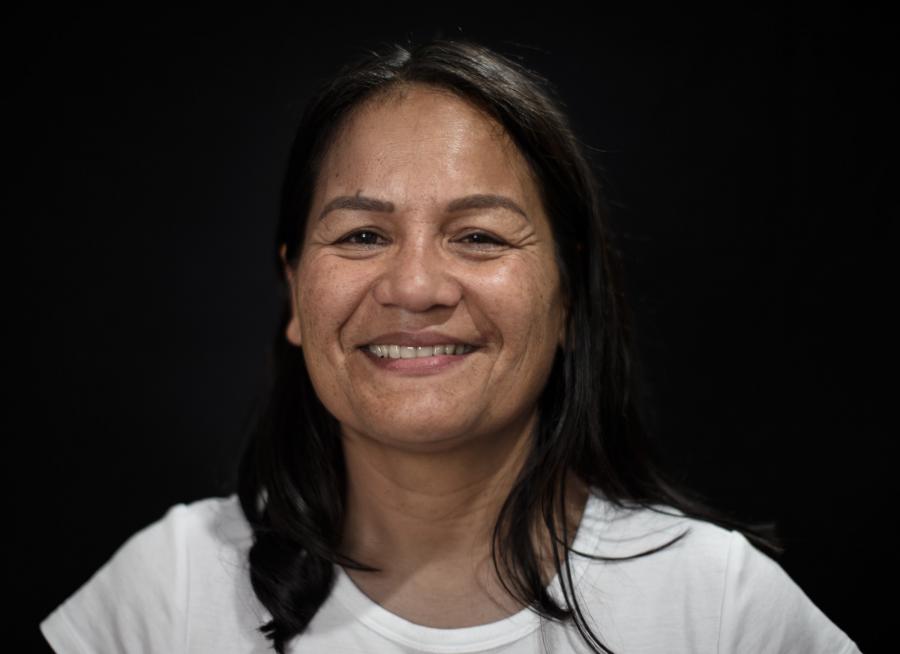 Elaine deployed to East Timor in 2000 and enjoyed mingling with locals: “The East Timorese are just so generous, especially the children.” After leaving the army, she got her first tattoo: a tribute to her Kokoda Track trek and the four pillars at its summit, which are engraved with the words “courage”, “endurance”, “mateship”, and “sacrifice”.  Later, Elaine felt ready to make positive changes in her life, as expressed by more tattoos:

My mum’s signature before she died ... The poppies[for] my 13 years of military service … The snake represents the shedding of the skin, it’s like saying, “Move on, Elaine!”

Elaine’s tattoos start conversations, express her positive life decisions, and give a sense of protection and strength.

A transformation’s just happened after the tattoo got put on, and it’s like an armour for me to say, “Wow. There is life after. You can recover. You just got to reach out and ask for help.” 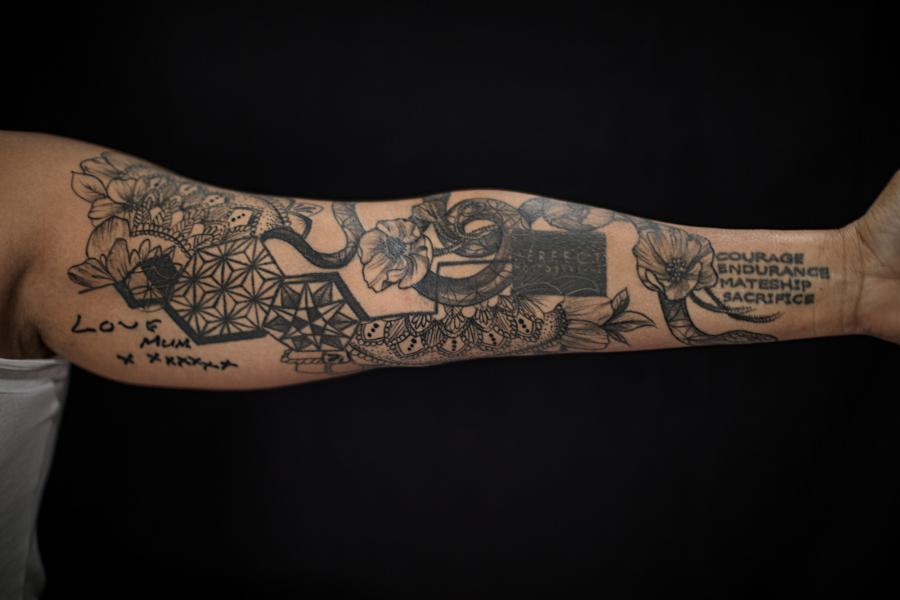 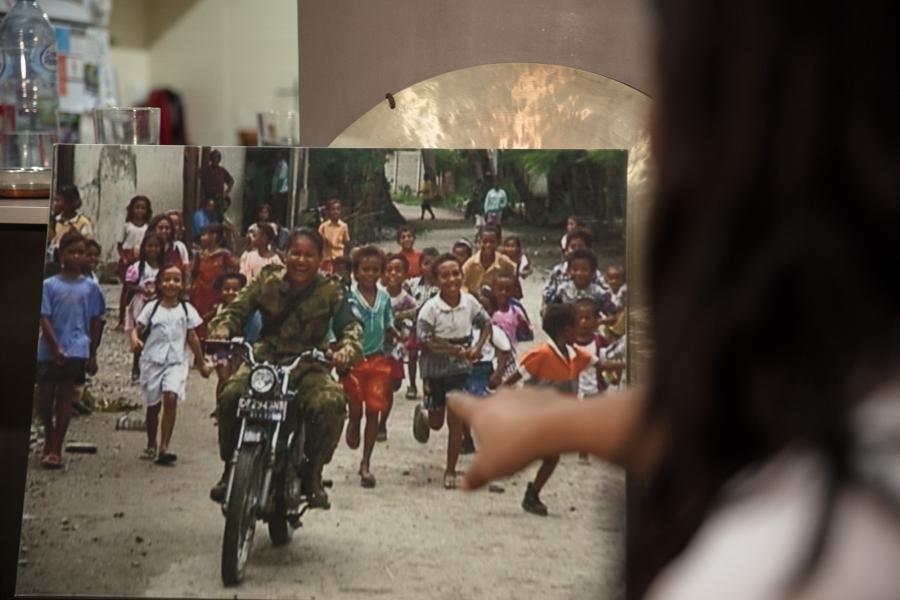