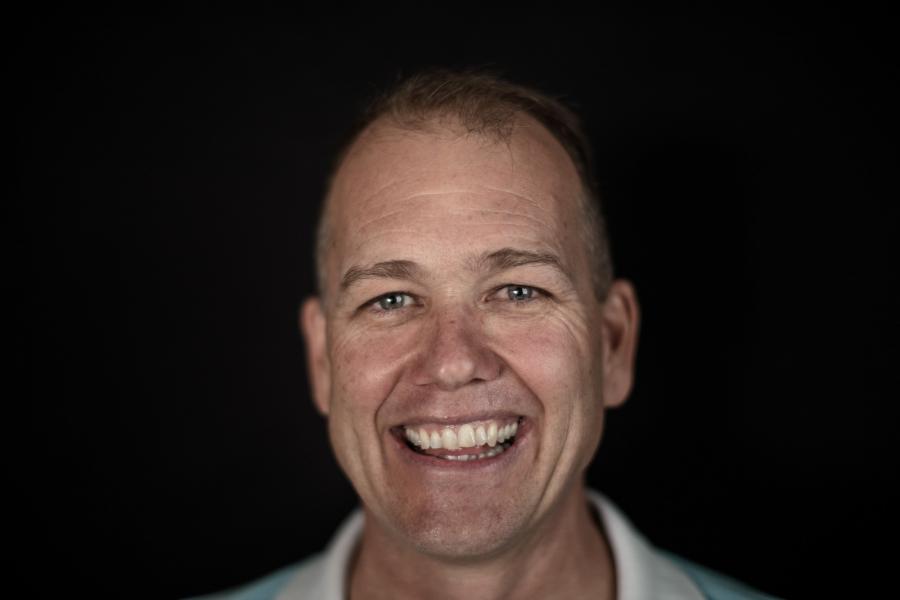 Miles was with the Royal Australian Corps of Transport during Operation Tamar in 1995, assisting in delivering food to Rwandans as part of Australia’s contribution to UNAMIR II. Rwanda is known to veterans as a wellspring of traumatic experiences, but is not widely understood by the wider community.  Miles sought to address this with his tattoos, which present him as a soldier – the fighting kangaroo – and a veteran of Rwanda – a custom designed shield and miryango, the Rwandan word for “family”, combined with the flags of Australia and Rwanda. His tattoos invite citizens of both countries to start a conversation with him. 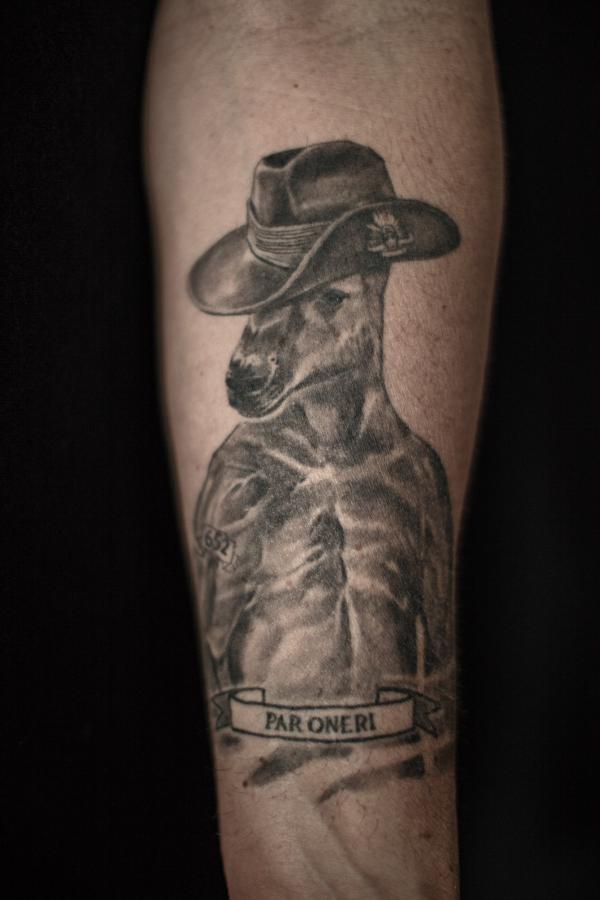 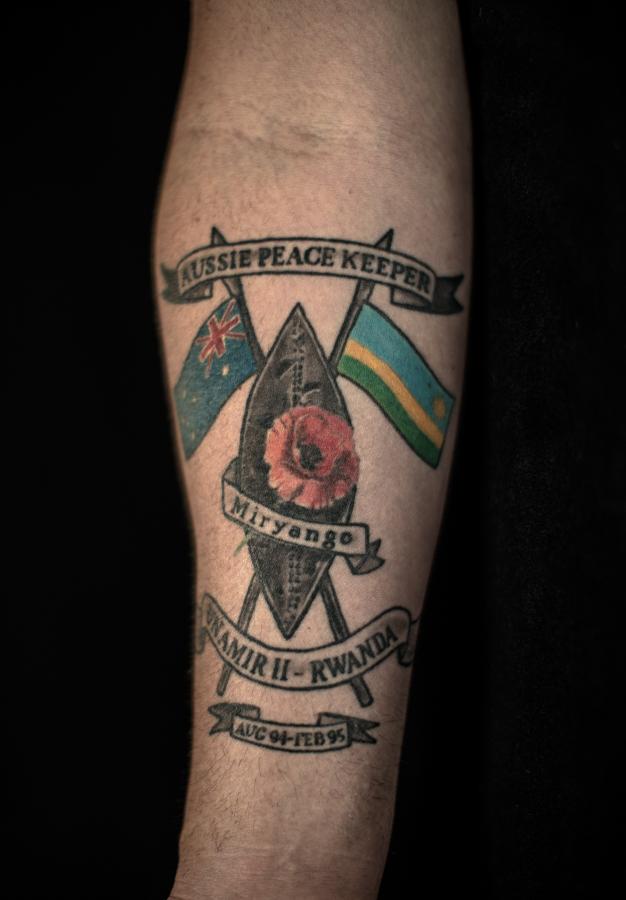 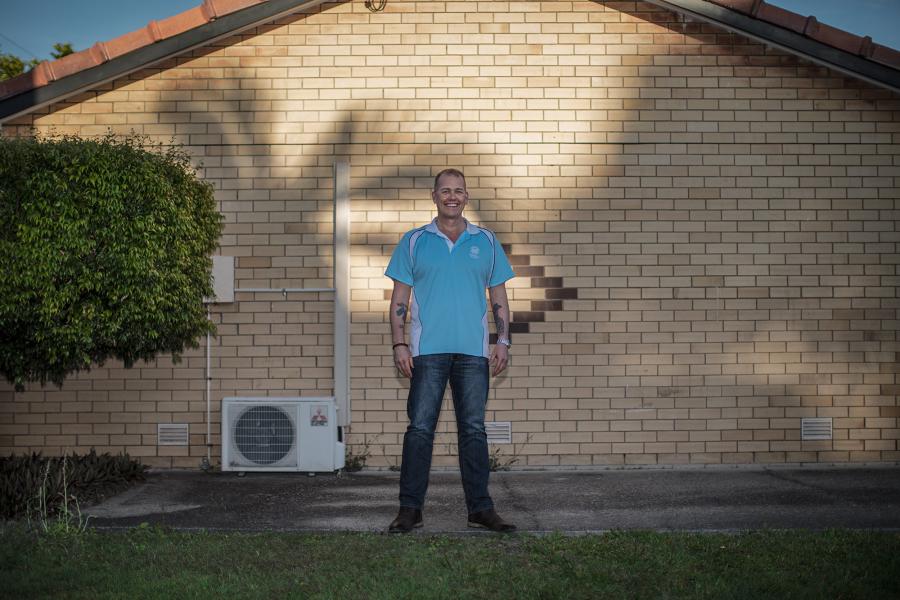