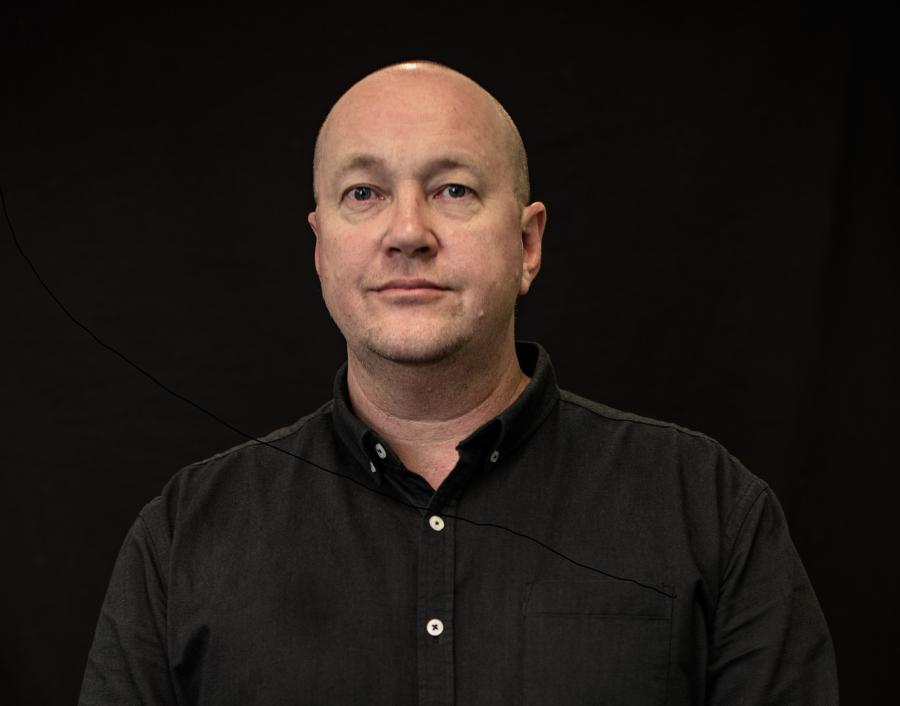 Think what the War Memorial does, capturing how war has impacted on Australia in the broader sense. And also, how war and military life is impacting on people’s choices and reasons to get tattooed - whether they’re serving or not.

Rob is an award winning artist, tattooist and former infantry soldier, who twice deployed to Timor.  He also helped launch Ink in the Lines.

His artistic talent led him to establish a tattoo studio, which in turn complements his art practice. Meanwhile his background as an army veteran complements his tattooing practice, as Rob says:

I’ve tattooed a lot of infantry and armoured people... I just let them tell their story and if it seems appropriate, l might add my own and a lot of them will open up further because they relate. A lot of military people have difficulty  relating to civilians because they don’t think they can… but if they can establish that trust… they can relax and tell you more about their story.  The conversations stem, about their own service.

Rob has tattooed many military themed designs. He sees it as a way for people to associate themselves with the story of Anzac, to make a “direct connection of themselves and their service, to something bigger” than themselves.

As a veteran himself, Rob also appreciates that his military clients need to abide by Defence’s rules around tattooing. The rules have changed over the years although it can still be confusing. For example if you’re allowed to have up to 25% of your hand tattooed, what does that look like?

They’ve changed and relaxed the rules of tattooing. Previously you couldn’t get tattooed on hands or face… and its acceptable to have tattoos on the head provided that you had them pre-service… I had a friend who wanted to re-join the military… he had a tiny black tattoo on his thumb from when he was a kid.. he had it laser removed, got a giant pink scar! But they’ve changed that, they have relaxed.

Rob has many tattoos reflecting his life experiences and his travels, including to the Middle East. His forearm tattoo bears a proverb about honesty, in Arabic text:

The story behind it is the king would cut heads off people that were lying. But at the end of the day the proverb means live true, live free. And I thought there is a certain truth to that, be true to yourself, and others, that’s quite freeing as a concept that I’ve tried to take on board.

On the subject of the Memorial’s tattoo exhibition, Rob says:

The interesting part of the project is… We’re interviewing about tattoos. Yet one of the interviewees sat and talked about his own personal military experiences for an hour.  It’s not about the tattoo, the tattoo is just a vehicle to open up and tell these stories and the stories are ultimately just as important as the tattoo. 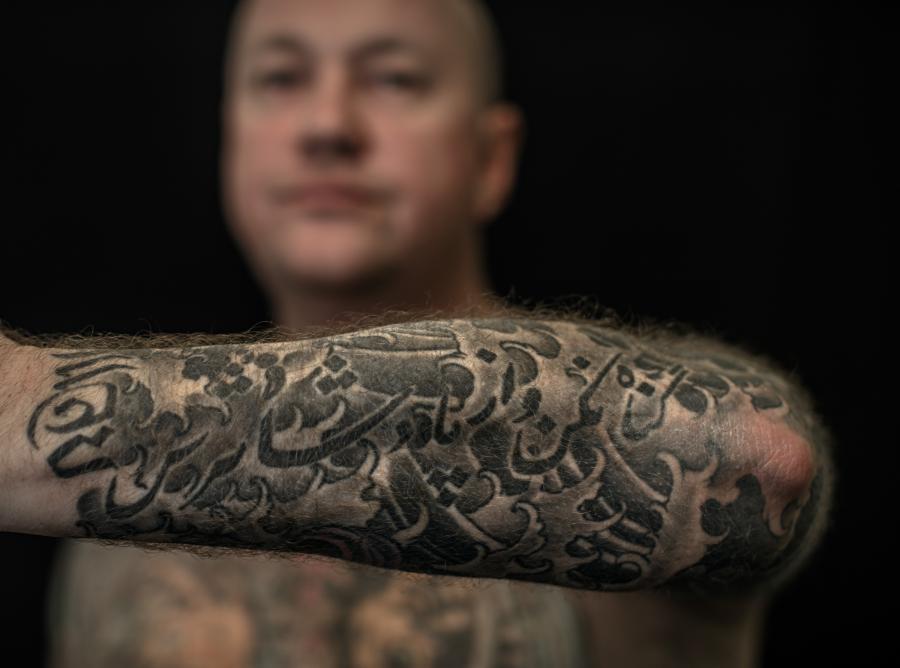