Out in the Cold: Australia's involvement in the Korean War - Wilfred Burchett

No correspondent was better loved by his colleagues or more bitterly detested. 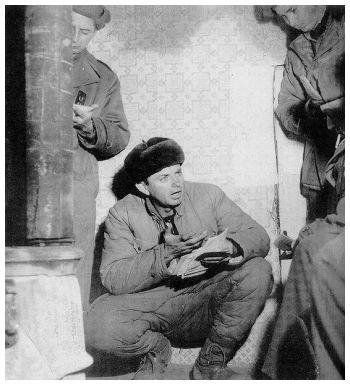 Wilfred Burchett's career as a journalist reporting from war-torn areas all over the world was never far from controversy. A self-confessed communist sympathiser, Burchett wrote in Korea from "the other side", in an attempt to present balanced views of what was happening in Korea. He held Chinese press accreditation, and was not shy of exposing what he saw as Western deception in armistice negotiations, or reporting details of atrocities by UN forces in Korea.

General William F. Dean, Commander of the 24th Division and the highest ranking UN POW, was claimed by the American government to have been killed by the North Koreans. Burchett revealed that Dean was actually alive and well. The journalist organised for photographs of Dean to be taken: the resulting publicity infuriated the Americans who were seeking to use Dean's death as leverage in negotiations with the North Koreans. Burchett also drew attention to what he saw as unacceptable treatment of North Korean POWs in UN camps in South Korea.

Reporting from "the other side" naturally attracted criticism in Australia. However, it was over the issue of UN POWs in Korea that Burchett became a cause célèbre.

It is alleged that Burchett had unusually free access to the Chinese POW Command in Korea that held UN prisoners, and that he refused to help these POWs unless they co-operated with their captors. After visiting one POW camp, Burchett described it as a "luxury resort" - a statement that incensed POWs.

Another controversial charge against Burchett claims that he participated in and edited the "confessions" that were extracted from British and American POWs in the course of interrogations concerning alleged UN germ warfare weapons. Other POWs claimed Burchett used direct threats or told them news from the outside world that was intended to break down their morale.

There is little documentary evidence to support or deny these claims, apart from first-hand recollections by former POWs. Burchett and his supporters' protests against what they saw as unfair vilification of his role in Korea fell largely on deaf ears in Australia. He was denied a passport by the Australian government for many years, although no formal charges were ever made against him.

Wilfred Burchett died in 1983. The controversy about his activities in Korea remains heated and unresolved.