Out in the Cold: Australia's involvement in the Korean War - On the Home Front

Film clip about reactions to the war at home.

To most Australians, the Korean war seemed largely irrelevant to their daily lives. It was a long way away, and did not directly threaten their security as the events of 1942 had. But the remoteness of the events in Korea made it all the more difficult for the families of soldiers serving there. Some wives were able to join their husbands in Japan on leave, but for most it was a long, lonely and worrying wait for news. Letters, the only form of contact, were heavily censored.

“Without my work I don't know how long I would have survived. I was just so lonely.”

For many families, the arrival of a telegram signalled bad news. For the family of Sergeant Vance Drummond one particular telegram was received with great joy. It advised that Drummond had not died during an air battle as assumed, but had instead survived to become a prisoner of war. 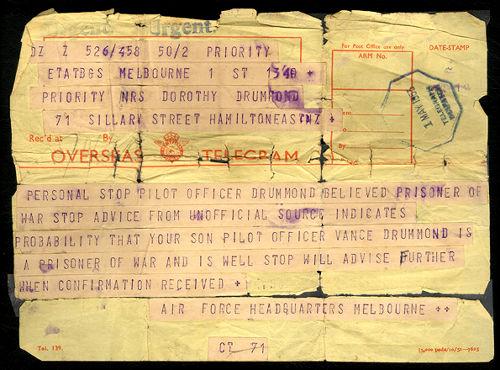 Telegram to Sergeant Vance Drummond's mother, which was received with much happiness. It was folded and unfolded so many times that it was torn in two.

After the first year of the war, reports about the war in Australia became less frequent, particularly when Australia was facing its own domestic economic problems in the early 1950s.

“Korea was little publicised in day to day living. I can remember being at a party at my sister's house and a woman asked me where my husband was that night. When I told her he was in Korea she asked me what he was doing in that country!

“The worst part of the time was the loneliness and lack of knowledge of what was happening to my man on the other side of the world. There was no contact with the Army or other Army wives. All I could find out was from the daily newspapers.”

June White; her husband, John White, was a parachute instructor at RAAF Williamstown and was posted to Korea in February 1952, where he joined 3 RAR. 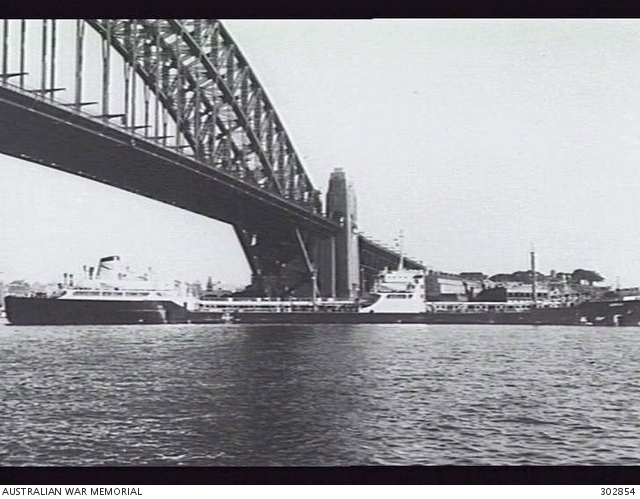