Out in the Cold: Australia's involvement in the Korean War - Australian Journalists in Korea 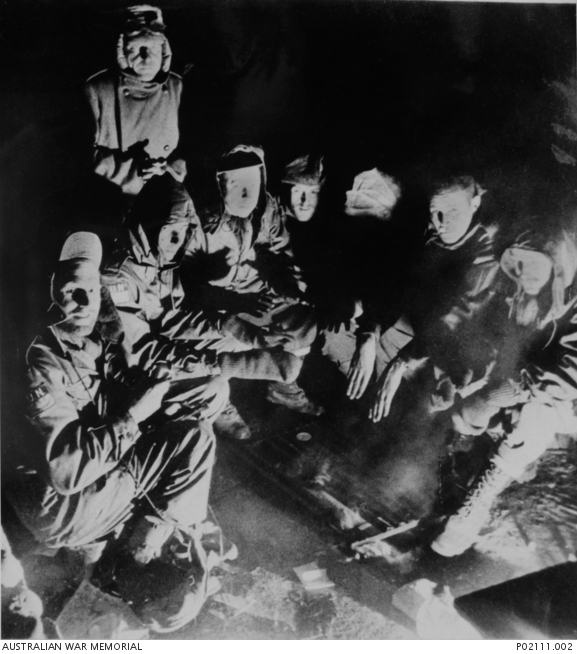 A group of Australian war correspondents and photographers huddle around a fire during the freezing winter of 1950-51. Included in the group are photographer Lloyd Brown (far left), journalist Ronald Monson of the Sydney Daily Telegraph (standing), journalist Harry Gordon of the Melbourne Sun News-Pictorial and broadcaster Des Telfer (far right).

Since the conflict in the Sudan in 1885, Australian journalists have been with Australian troops in war, reporting on action and events as they happened. During the Korean War, many Australian journalists accompanied troops, often living with them day-to-day. This close proximity amid the often static nature of the war in Korea led to many close relationships between Australian soldiers and journalists.

Although Australian war correspondents were sometimes frustrated by censorship of their reports, they were still the most immediate news link from Korea to the Australian public.

Alan Dower, a journalist in Korea who had served as a commando captain in Timor in the Second World War, often went out on operations with troops in Korea. He reported from Chongju immediately after the battle. On one occasion, he got directly involved in the war. In South Korea, Dower saw a group of 200 women and small children being led to a jail near Seoul. He discovered that these civilians, accused of being communists, were to be executed. He immediately threatened to shoot the governor of the jail with his own gun if the women and children were shot. His threat succeeded, and their lives were spared.

Harry Gordon, another Australian journalist who frequently worked alongside Alan Dower, was one of the youngest Australian reporters in Korea. He worked for Melbourne's Sun News Pictorial, and was good friends with Captain Reg Saunders, the first Aboriginal Australian officer to serve in the Australian armed services. Gordon later wrote a book about Reg Saunders' life, The Embarrassing Australian.

Gordon also wrote about his friendship with Aladdin Berk, a Turkish journalist, and the warm relationship shared by the Australian and Turkish soldiers in Korea, who bonded together under common ideals of "Anzac".

Gordon recalled a particular meeting in Korea of Australian and Turkish soldiers:

“I went, and found Norm O'Neill, whose pals in the Field Ambulance used to call him Peggy, entertaining a bunch of stocky, dark-jowled young men. They stood and listened as O'Neill (with the help of a young Lt. who could speak a few words of English) told them about his father, who had been a machine-gunner at Gallipoli. We gave them packets of chewing gum, and they handed in return hunks of something that looked like a pancake and tasted like rubber… Their ready acceptance of us, their eagerness to make us feel at home among them, weren't just standard behaviour for newfound allies. They, too, had had the Gallipoli story drummed into them during their childhood.

“For the Aust'ns, many illusions were shattered. Somehow the Anzac Day speeches of their youth had built the Turks up in their imagination as massive, heavily moustached fighters who carried daggers in their belts and remained sullen and aloof. Nothing could have been further from the truth; the Turks were small and shy and gentle … sometimes even a little comical in their oversized greatcoats. There were moustaches, certainly, but they were soft, boyish, kitten-tailed affairs with the texture and quality of those that 19-year old Australian soldiers were managing to cultivate.”

“The Turks continued to fight with a ferocity which made them something of a legend in Korea. In one action they are on record as having complained bitterly that the artillery barrage put in to soften up an enemy before their charge was too heavy … there weren't enough live Chinese left to make a decent fight.

“If the seeds of this joint respect were planted at Gallipoli; it ripened in the dust and snow of Korea. The Turks' relish for hand-to-hand fighting, their first-class leadership, their discipline under fire… these were attributes the Australians in Korea possessed themselves and admired in others.” 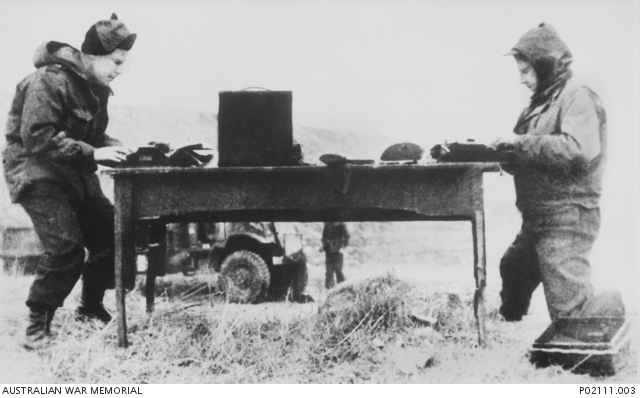 North Korea, January 1951. Australian war correspondents Harry Gordon and Ronald Monson at a table outdoors in the cold, working on their typewriters. 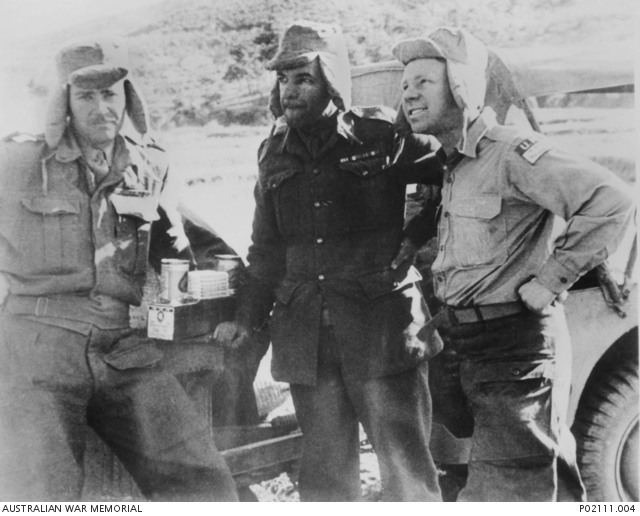 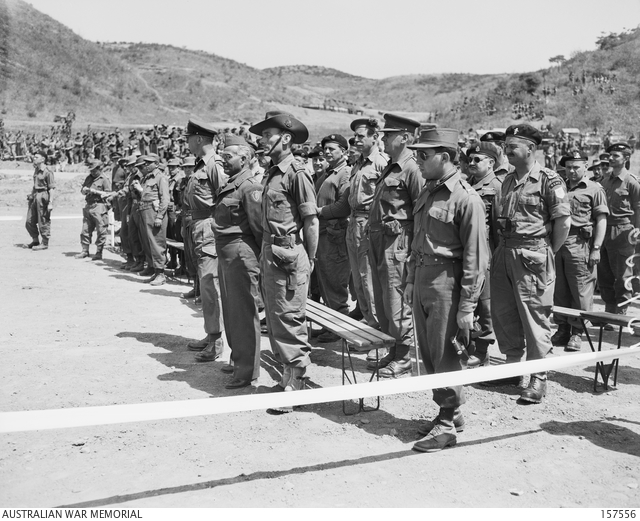