Out in the Cold: Australia's involvement in the Korean War - China enters the war October 1950

General Douglas MacArthur's overwhelming strength in late 1950 forced the North Koreans into full-scale retreat across the 38th parallel. But instead of returning to the pre-war borders, the allies then set out to reunify Korea under non-communist leadership.

This prospect greatly alarmed the Chinese. Towards the end of October 1950, as the allies approached the border with China at the Yalu River, the Chinese launched their own massive and unforeseen counter-invasion, sweeping the United Nations forces south beyond the 38th parallel. The tough and lightly equipped Chinese soldiers were better adapted to fighting in the mountainous terrain of Korea than the more heavily burdened UN troops, and their vast numbers allowed them to absorb heavy losses.

Although the Chinese travelled mostly on foot, which ought to have made movement of troops and equipment difficult, their rapid advance forced the allies to consider abandoning Korea. However, by the time the Chinese forces had pushed south of Seoul, their supply-lines were stretched and the situation stabilised. In the following months, the UN forces were able to regain some of the ground lost; the front was re-established near the 38th parallel and nicknamed "The MacArthur Line".

“Most of our weapons were old fashioned; we had no weapons such as aeroplanes, artillery, and tanks which are indispensable in modern warfare. Instead we fought only with human wave tactics; great numbers of men have been sacrificed. It was indescribably miserable.”

From an interview with a private from the Chinese People's Liberation Army, captured in March-April 1951.

China's involvement in Korea affected all three Australian services. The Chinese flew Soviet MiG-15 jet fighters that significantly affected the power of the air force in Korea. When it became clear that the jets being used by the RAAF - the Meteor Mark 8 - were inferior to MiGs, the air force was forced to undertake a ground-attack role. Army troops were suddenly faced with huge numbers of Chinese infantry, and the RAN expanded its operations to screen for the possibility of Soviet submarines supporting the Chinese.

The entry of China into the war raised several important issues - the expansion of the theatre of war, the involvement of other forces, the possible use of nuclear weapons, and the fear that this war, until now contained on the Korean peninsula, would extend into other countries. 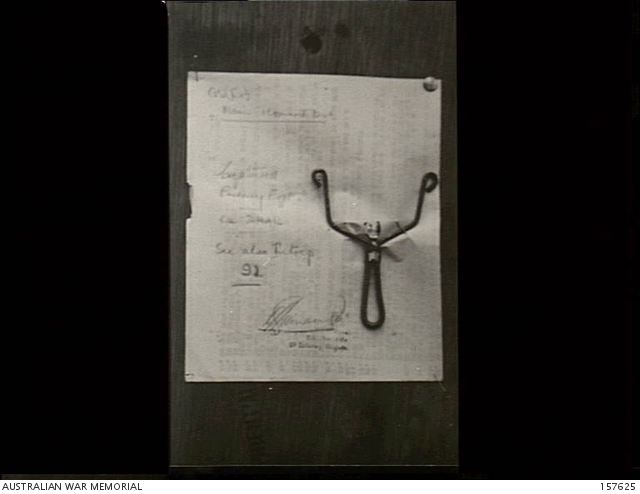 A catapult used by Chinese troops against Australian patrols. These small catapults could fling stones with considerable speed, provoking soldiers hit by the stones to cry out and give away their positions to the enemy. 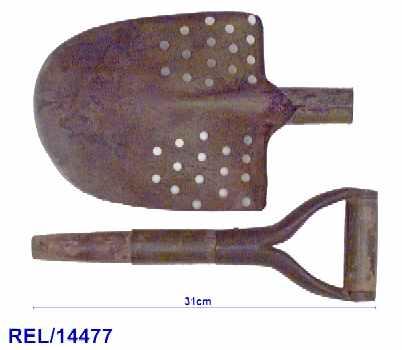 An indispensable item of Chinese equipment in Korea: an entrenching tool. REL/14477 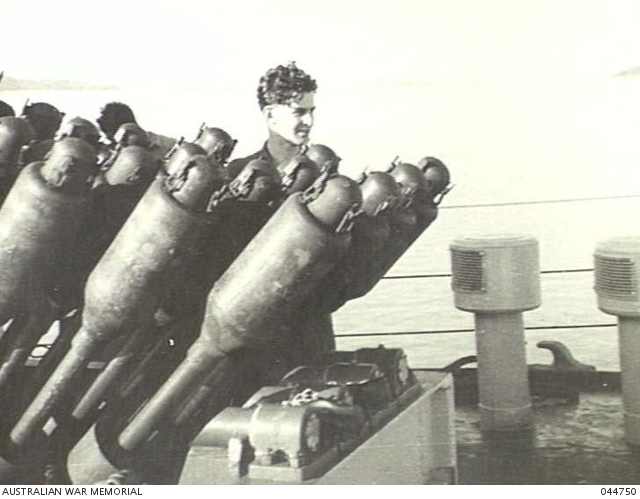 The Hedgehog anti-submarine weapon on board HMAS Murchison, 1951. 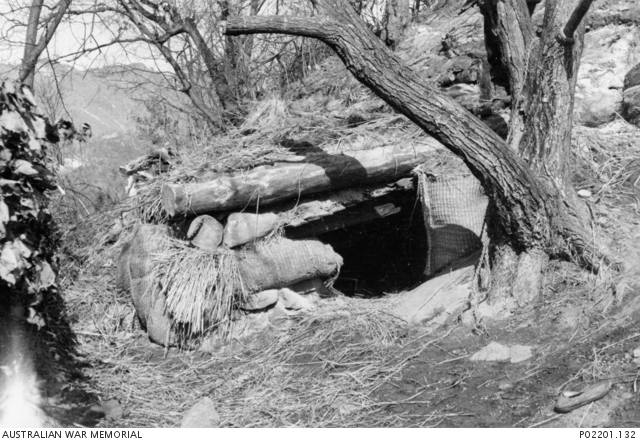 Sardine Hill, Korea. A well-camouflaged and solidly-constructed Chinese dugout is discovered by soldiers of 3 RAR, who captured the hill. P02201.132