Out in the Cold: Australia's involvement in the Korean War - Pakchon

In November, after the actions of the Broken Bridge and Chongju, the 27th Commonwealth Brigade held position near the town of Pakchon (map), in defence of the road leading south to the Chongchon River. Australian troops were concentrated on the west bank of the Taeryong River near Pakchon.

On the night of 4-5 November, Chinese troops, who had only recently entered the war, attacked the area.

They were repelled by the Argyll and Sutherland Highlanders during the morning of 5 November, but other Chinese troops continued to advance southwards, threatening to isolate the position of the brigade. The 3rd Battalion, Royal Australian Regiment (3 RAR), was hurriedly sent to stop the Chinese on a tactically important ridgeline, east of Pakchon.

The enemy positions were first strafed by Mustangs of 77 Squadron, RAAF: this was the first occasion when Australian troops and airpower worked together in Korea. The raid having thrown the Chinese into confusion, 3 RAR then attacked. After two hours of fierce defence by the Chinese, the Australians captured the ridgeline. However, the fight was not to end there.

After dark that night, the Chinese launched a massive counter-attack. On the Pakchon road, C Company was fired upon, while Chinese infantry attacked A and B companies on the ridgeline. Colonel F. S. Walsh, Commanding Officer of 3 RAR, withdrew the Australian companies from the ridgeline to lower ground. A Company, in particular, suffered many casualties during their withdrawal.

Considering Walsh's decision a foolish move, the 27th Brigade Commander Brigadier Aubrey Coad reversed Walsh's order, as he felt leaving the ridgeline open would give the enemy direct access to the rest of the brigade. However, by the time his order came through, only one Australian company - D Company - could return to defend the position. Fortunately, after midnight it was clear that the Chinese were withdrawing. 3 RAR had secured the ridge and the road running south from Pakchon was safe.

The battle had claimed 12 Australian lives; seventy men were wounded. Brigadier Coad appointed Lieutenant Colonel Bruce Ferguson as the new CO of 3 RAR the next morning.

The Australians remained in the area for a few weeks afterwards, but to their surprise, the Chinese troops kept a low profile. The action at Pakchon marked the end of the first Chinese offensive. 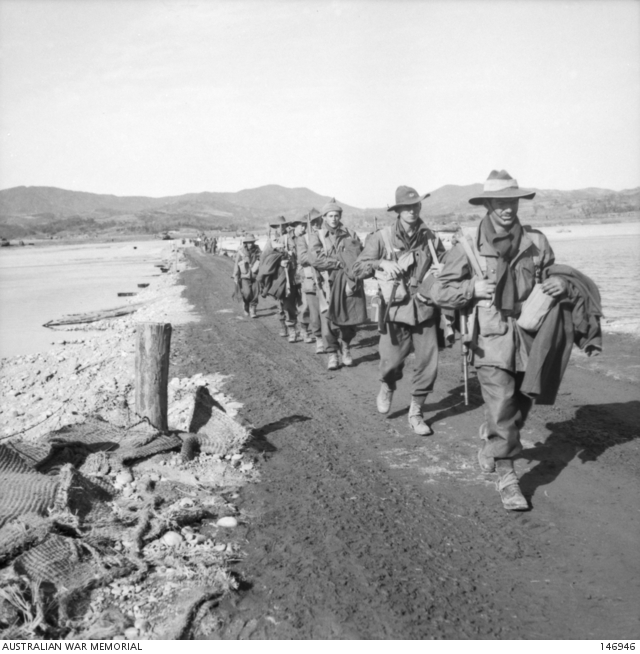 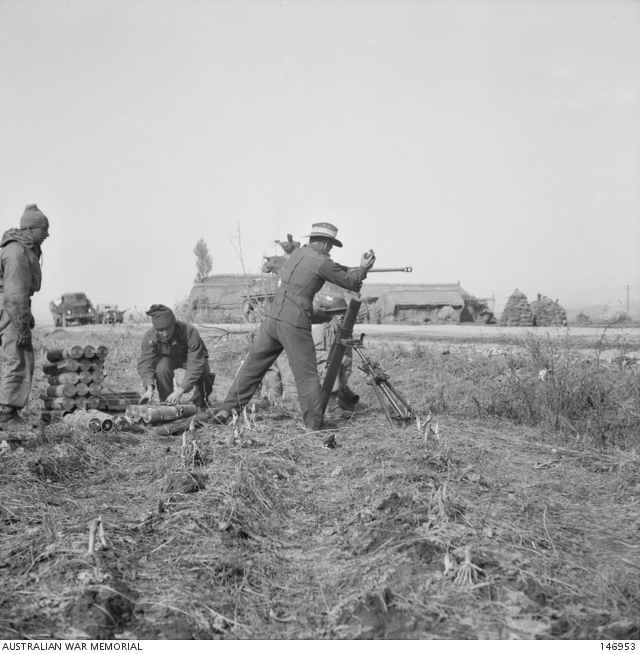 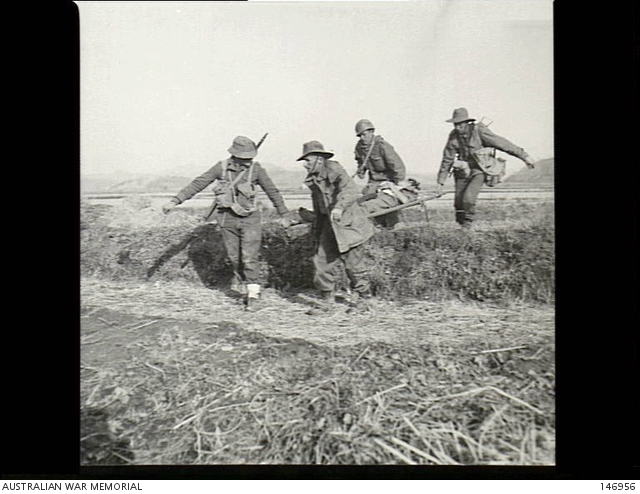 Pakchon, 5 November 1950.
Stretcher-bearers carry a wounded soldier from
A Company, 3 RAR,
across a rice paddy. 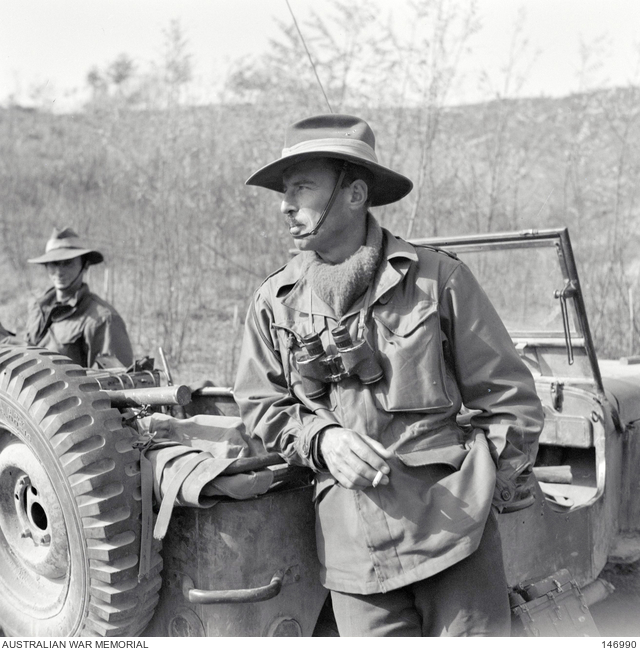