Out in the Cold: Australia's involvement in the Korean War - Samichon River "The Hook"

"The memories of bad times in the line were beginning to fade, and everyone was getting impatient for action. 'When are we going in the line again?' At last the order came though, 'We're going on an important feature further along in the Western Front.' We were to relieve the Poms on 'The Hook'."

The Hook was a vulnerable but heavily defended section of the UN frontline, that protected other UN positions in the Samichon valley. Here, Australian soldiers took part in their last engagement of the war; the armistice declared only one day later. Positioned at The Hook were the 2nd Battalion, Royal Australian Regiment (2 RAR) and the 3rd Battalion, Royal Australian Regiment (3 RAR), as the forward troops of the 1st Commonwealth Division. Other vital positions to the left of the Australians were held by the 7th Regiment of the US Marines.

On 24 July, Chinese forces launched their final attack of the war. Probing 2 RAR's position with small infantry parties after dark, the Chinese later subjected it to extended to a heavy night bombardment, followed by waves of assaulting infantry. The alternating bombardment and infantry assault continued through the night, but the Chinese were unable to penetrate the Australian positions.

Throughout 25 July, the Australian troops were shelled, and endured heavy mortar and artillery fire that night. The American position, to the left of the Australians on The Hook, was now under an infantry attack. With fire support from the Australian positions, the Americans managed to hold off the Chinese infantry, but continued to receive heavy bombardment. By the early hours of the next day, the Chinese had given up their attack.

Five Australian soldiers were killed; 24 were wounded. The next day, the armistice was signed at Panmunjom. The action at The Hook was one of the major engagements of the stalemate period - and having just fought a hard action for three days, it was difficult for Australian troops to believe that the war was finally over. 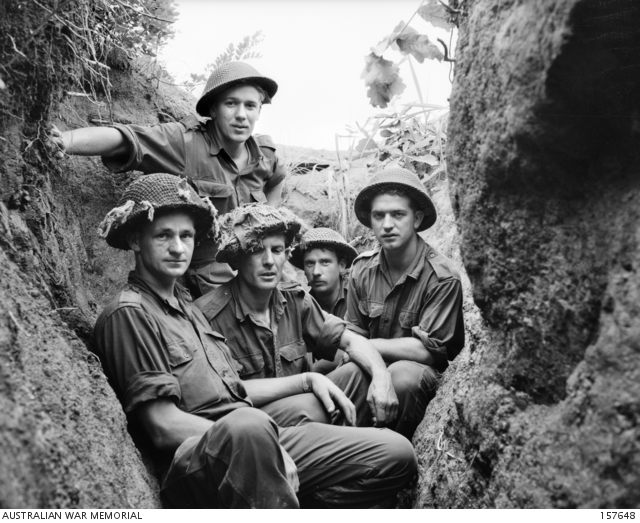 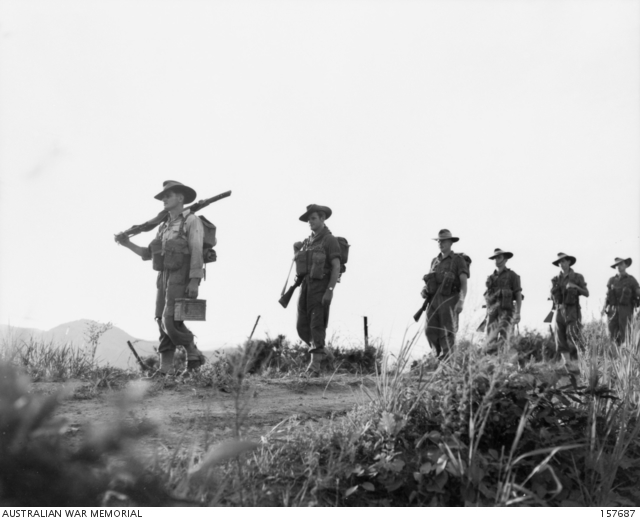 Troops of 2 RAR move from The Hook to the Demilitarised Zone, 72 hours after
the cease-fire.