Out in the Cold: Australia's involvement in the Korean War - War of words - Propaganda

In the Korean War both sides used paper as a weapon. The UN forces and the North Koreans and Chinese alike dropped millions of pamphlets, letters and entreaties to each other's troops, in an attempt to influence the thoughts and motivations of their enemies.

There are many examples of the manipulative and calculated way each side sought to introduce dissent and apathy among the troops of the other. 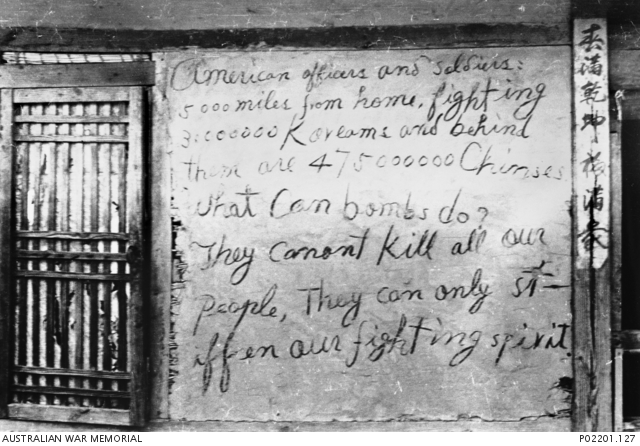 Korea, November, 1950. Propaganda scrawled on the wall of a Korean house, probably by retreating North Korean soldiers. The sign reads: "American officers and soldiers: 5 000 miles from home, fighting 30000000 Koreams [sic] and behind them are 475000000 Chinses [sic]. What can bombs do? They canont [sic] kill all our people, They can only stiffen our fighting spirit." P02201.127 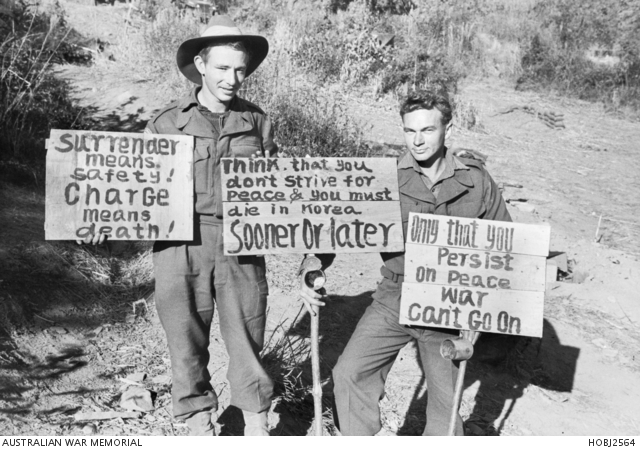 The UN Command targeted both enemy soldiers and Korean civilians. 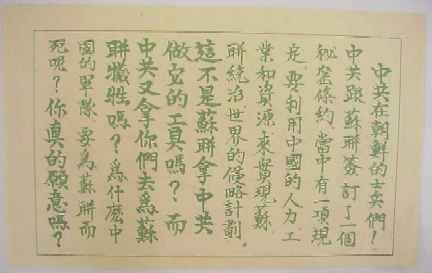 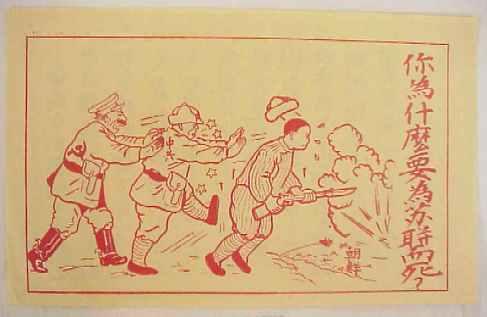 This Psychological Warfare Sheet shows how much thought and planning went into this propaganda. The accompanying leaflet was aimed at North Korean and Chinese soldiers, with a cartoon depicting Soviet leader Joseph Stalin pushing a Chinese officer pushing a Korean soldier towards a battlefield named "Korea". It suggested that the Korean War was being driven by the Soviets.

Propaganda was also used to show that UN forces were working towards uniting Korea, while North Korean forces were under the control of outside forces - the Soviet Union and China. 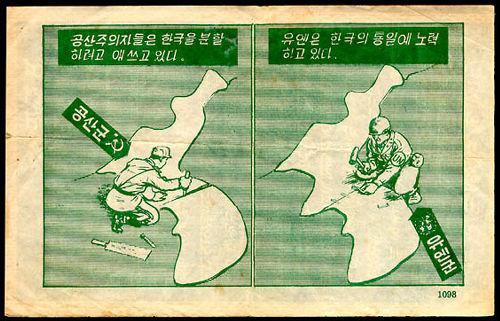 Propaganda pamphlet showing North Korea dividing Korea with a knife, while UN forces try to put it back together again.

Chinese and North Korean propaganda often emphasised solidarity among all soldiers, and portrayed UN soldiers as simple pawns in a game played by rich business men, who were profiting from the war. 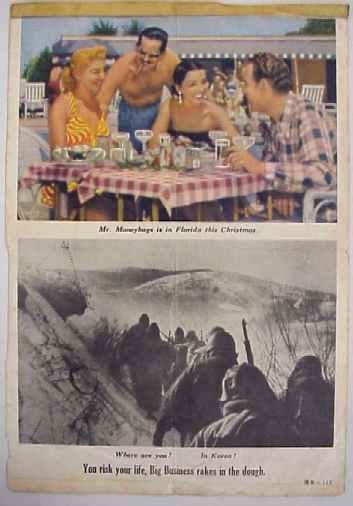 "Mr Moneybags" propaganda pamphlet aimed at US troops.
Text reads: Colour picture: Mr moneybags in Florida this Christmas.
B&W picture: Where are you? In Korea! You risk your life, big business rakes in the dough.
PROP01994

Leaflets were used to incite doubt, to make UN soldiers question why they were risking their lives in a foreign civil war, while their family and loved ones waited for them at home. Leaflet drops were often timed to coincide with significant events such as Easter, Christmas, or New Year, in an attempt to make soldiers homesick and want an end to the war. 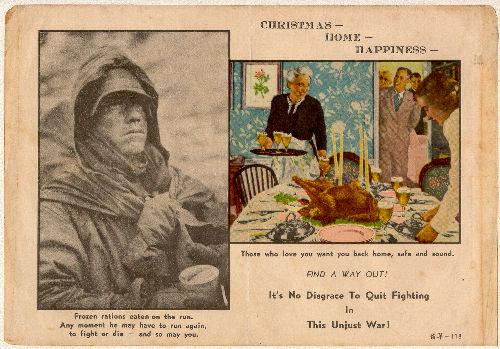 Christmas - Home - Happiness. Propaganda leaflet.
Text Reads: Frozen Rations eaten on the run. Any moment he may have to run again, to fight or die - and so may you.
Those who love you want you back home safe and sound.
FIND A WAY OUT!
It's no disgrace to quit fighting in this unjust war!
Leaflet 10/3/1

They also exploited the destruction that the war was causing for innocent civilians. The leaflet below, aimed at South Korean civilians, likens treatment by the UN to the harsh treatment suffered under the Japanese occupation of Korea. 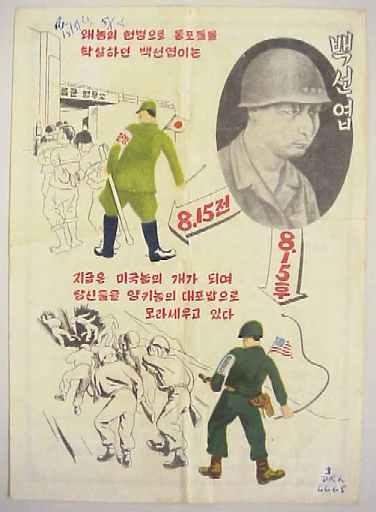 Other propaganda took the form of messages left behind in areas where UN forces were expected.

Both sides issued "safe conduct" passes that were supposed to guarantee the bearer fair treatment if he surrendered to enemy forces. 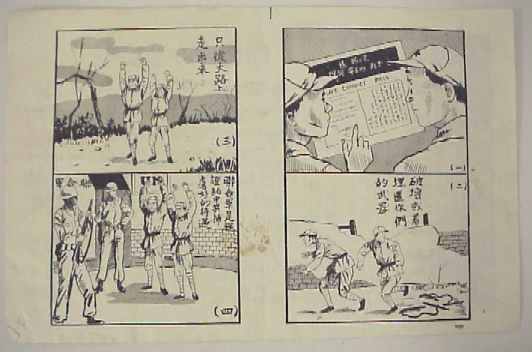 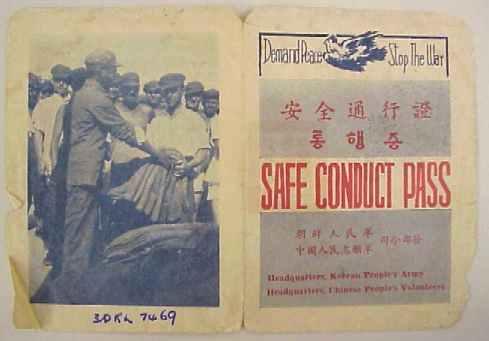 Safe conduct pass issued by Chinese forces, encouraging UN soldiers to surrender. The photo shows UN prisoners being well-treated. The words "Demand peace stop the war" were often used in North Korean/Chinese propaganda to imply that the war was unwanted by all soldiers. 3DRL 7469

Although much effort was put into propaganda on both sides, it is difficult to measure whether it had any real effect.