Out in the Cold: Australia's involvement in the Korean War -Vickers medium machine-gun

Capable of firing out to a maximum range of four kilometres, the Vickers medium machine-gun was an important support weapon for the Australian infantry battalions in Korea. Each battalion was equipped with six Vickers guns. The Vickers gun was fired by a crew of two, one man to fire the weapon and another to ensure the smooth feeding of its 250-round belts of .303 ammunition. It took four men, however, to move the gun, its tripod, ammunition, spare parts and tools, sights, and water.

The Vickers' high rates of fire, up to 250 rounds per minute, made the gun's barrel very hot, so it was encased in a water jacket to keep it cool and stop it from overheating and jamming. In Korea, anti-freeze had to be added to the water supply to prevent it from freezing and splitting the jacket open. 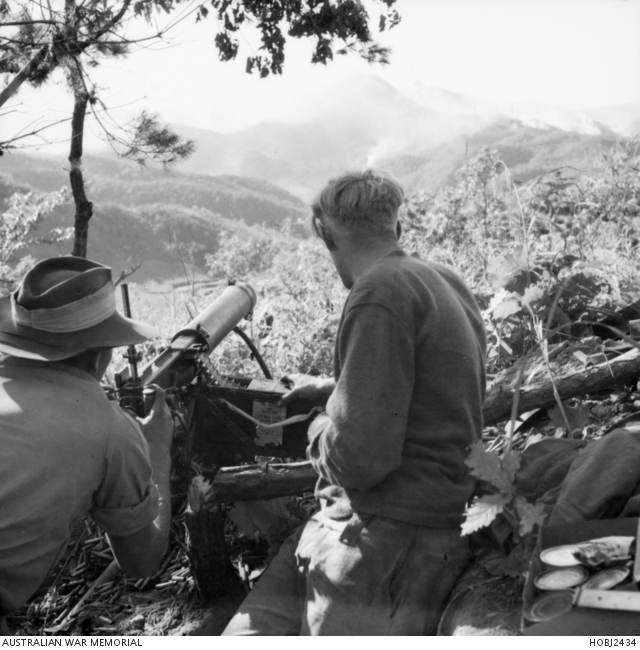 A Vickers gun crew lay down covering fire during the assault on Hill 317, the battle of Maryang San. 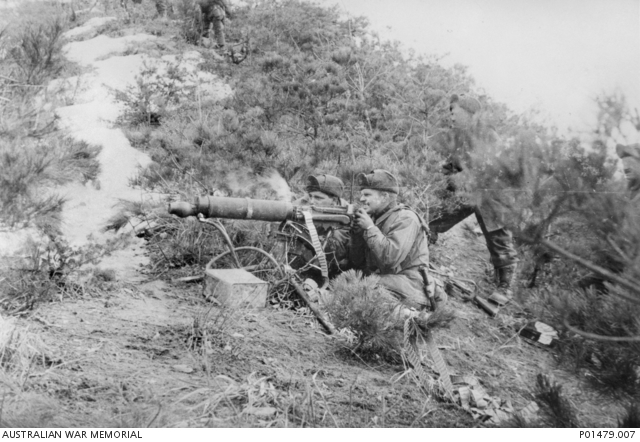 Chipyong-ni, Korea, February 1951. A Vickers .303 machine-gun in action against the Chinese, manned by Sergeant Chaperlin, 3 RAR.