Of love and war

Love touches us all. During times of conflict it has played, and continues to play, an important role in the lives of our servicemen and women, the sweethearts and lovers they left behind or those they met while serving.

The Memorial’s exhibition Of love and war, looks at the impact of war on these relationships and the ways in which Australians incorporated affairs of the heart into their wartime lives.

There are five themes to the exhibition which can be explored further on these pages. ‘First glance’ will take you to objects which explore the exhibition themes of ‘Romance and Recruitment’ and ‘Meetings and Marriages’. ‘Separation’ examines ‘Letters and Longing’ and ‘Loss and Loneliness’, while ‘The future’ looks at what happens after the war with ‘Beyond the Battlefield’.

You can see more photos in our Of love and war set on Flickr Commons.

You can contribute too:

Join our Love and war group on Flickr and share your stories and photos of Australians in love and war: how people meet or marry and how they maintain a relationship under the strain of separation and the tensions of war.

Blog posts on of Love and war: 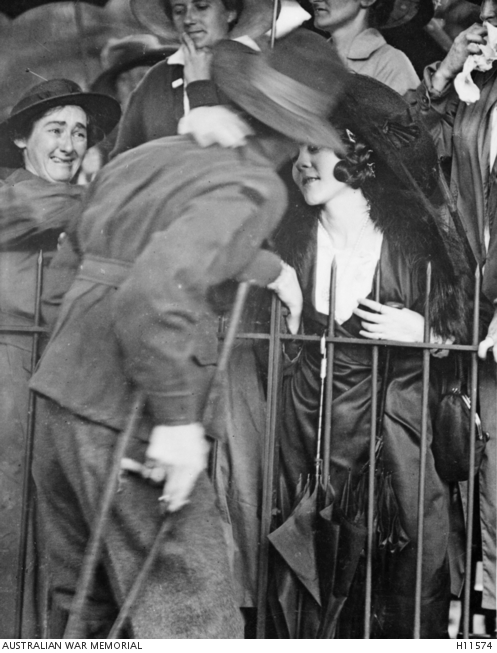 A wounded AIF soldier receives an affectionate welcome home at the Anzac Buffet. 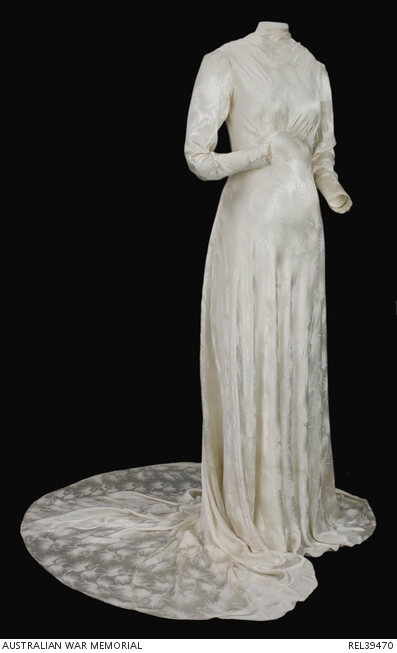