Sidney Nolan (1917–1992) was one of Australia’s most complex, innovative, and prolific artists. In 1978 Nolan presented the Gallipoli series to the Australian War Memorial. These 252 drawings and paintings, completed over a 20-year period, were donated in memory of his brother Raymond, a soldier who died in a tragic accident just before the end of the Second World War. Gallipoli was a theme to which Nolan constantly returned throughout his artistic career.

Sidney Nolan: the Gallipoli series showcases a selection of these works, which constitute both a personal and public lament, commemorating not just the death of Nolan’s brother but a campaign that had cost so many Australian lives. The exhibition offers a rare opportunity for visitors to experience these striking and iconic works.

Michael Veitch gave a speech to launch the exhibtion on 5 August 2009. 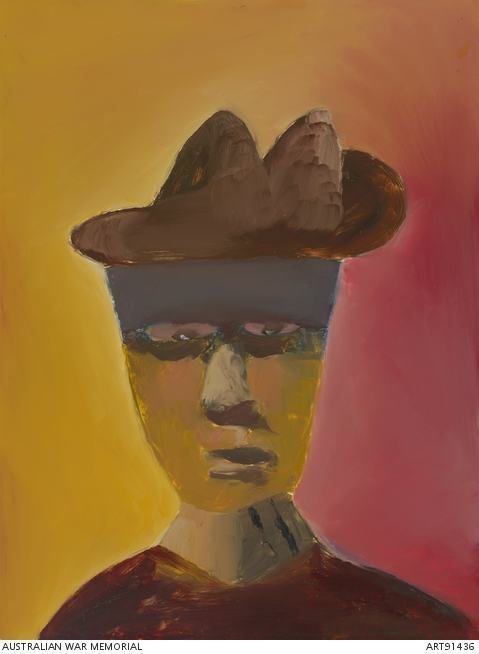 [Head of Gallipoli soldier in pink and gold] 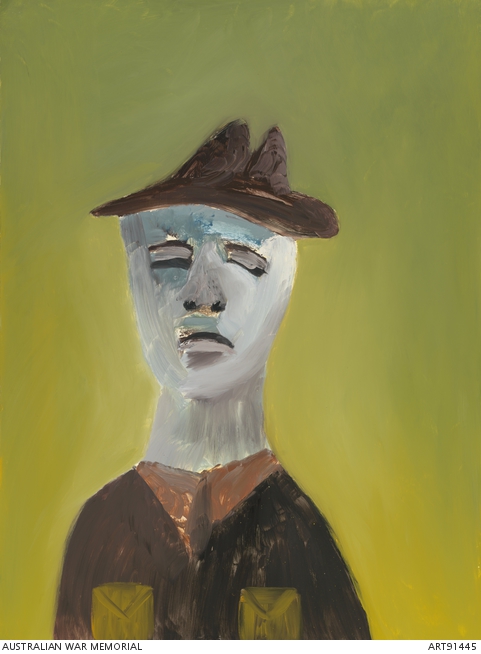 [Head of a Gallipoli soldier] 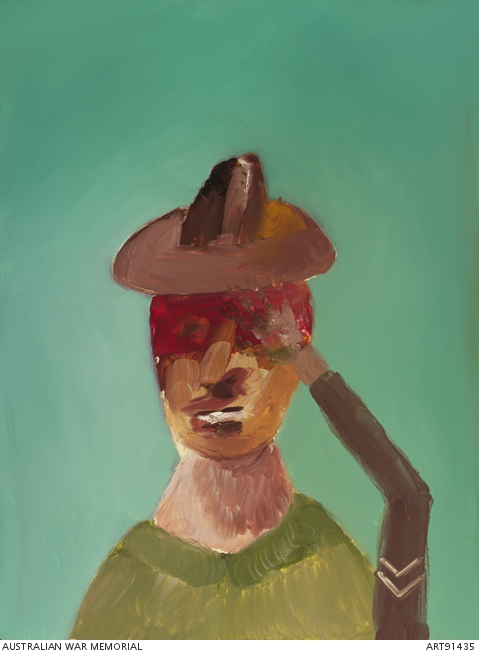