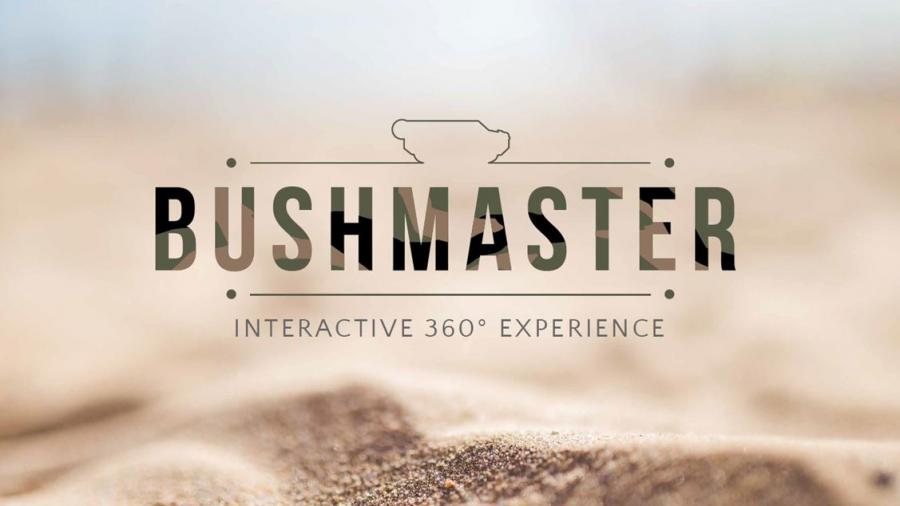 On Closer Inspection is a 360 degree immersive experiences developed by the Australian War Memorial.

Through the use of 360-degree digital video and virtual reality technology, users can view and explore a Bushmaster, Australia’s most successful and trusted Protected Mobility Vehicle.

The Bushmaster is an Australian-built, all-wheel-drive Protected Mobility Vehicle (PMV).  Designed and first produced in Bendigo, Victoria, in 1998 by Thales Australia (formerly ADI Limited) the Bushmaster is considered one of the most successful military vehicles in operation today.

The Bushmaster  is solid, reliable, and able to withstand punishment in the world’s most extreme environments. It was primarily designed as an infantry troop carrier and is used extensively in Australian Army operations.

The primary job of an armoured vehicle ­is to protect occupants from anti-tank mine blasts, improvised explosive devices and small-arms fire. For this the Bushmaster makes use of an innovative armoured steel hull. The exterior shell of the vehicle provides structural support. The underside has a unique V-shaped hull which deflects explosive blasts away from the troops inside.

While Australian soldiers have been injured inside Bushmasters, no Australian has died in more than 30 serious blasts.

The fact that the Bushmaster is loved and trusted by the troops who have served in it, and is sought after by the most well-equipped armies around the world, is a testament to the utility and ruggedness of this unexpected Australian success story.

On Closer Inspection was made possible with support from Leidos Australia.