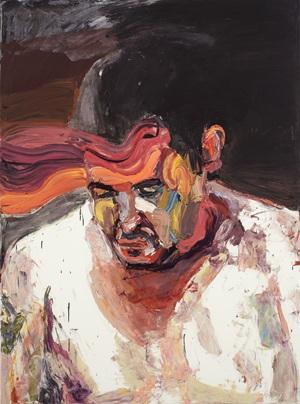 After spending over three weeks talking to Australian servicemen and women in Afghanistan, Ben Quilty felt an overwhelming need to tell their stories. He went there in October 2011 as an official war artist, commissioned by the Australian War Memorial and attached to the Australian Defence Force. His task was to record and interpret the experiences of Australians deployed as part of Operation Slipper in Kabul, Kandahar, and Tarin Kot in Afghanistan and at Al Minhad Airbase in the United Arab Emirates.

Quilty’s work employs a wide range of genres, including portraits, figurative subjects, still lifes and landscapes. In the past he has examined ideas of masculinity, national identity, and mortality, exploring these in relation to his own personal experiences. For his official war artist commission, Quilty has created large-scale portraits that focus on the intense physicality of these soldiers and on the emotional and psychological consequences of their service.

Continuing a tradition that developed during the First World War, the Memorial has in the last decade commissioned many official artists to record the Australian experience of war and peacekeeping around the world. Each artist creates a personal and informed representation of conflict that adds to the various interpretations of Australia’s wartime history. Ben Quilty is the latest to contribute his unique insight to this rich history.