One of the earliest pioneers in the Canberra district, English-born Thomas Southwell arrived at Ginninderra Creek in 1840 and established the property “Parkwood” in 1854. His brother John arrived in 1858 and established “Rosevale” at Sutton. Today the brothers have over a thousand descendants between them. Many saw military service and are commemorated on memorials around Canberra. Here are three of their stories. 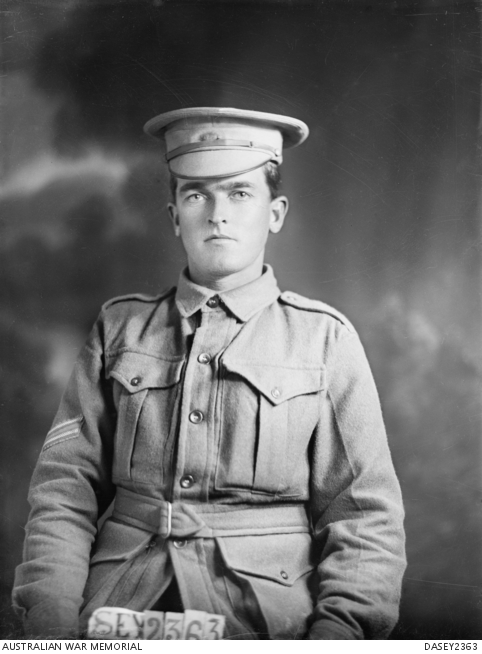 After being medically evacuated from the Western Front for the third time in less than a year, Aubrey Southwell must have longed for the comparative tranquility of his family’s property “Heywood” at Hall.

Southwell’s courage and determination had been undeniably tested up to this point as he had suffered two separate gunshot wounds in September 1917 and March 1918 before being gassed in September 1918. His bravery was recognised however when he was awarded the Military Medal in 1918 for his actions at Polygon Wood. He had successfully led his battalion’s Lewis gunners against enemy positions under heavy machine-gun fire without sustaining any casualties.

Southwell subsequently survived the war, returning to Australia in 1919. His father, James, had established “Heywood” in 1877 where Aubrey was born in 1889. Aubrey’s grandfather Thomas established the property “Parkwood” at Ginninderra in 1854. 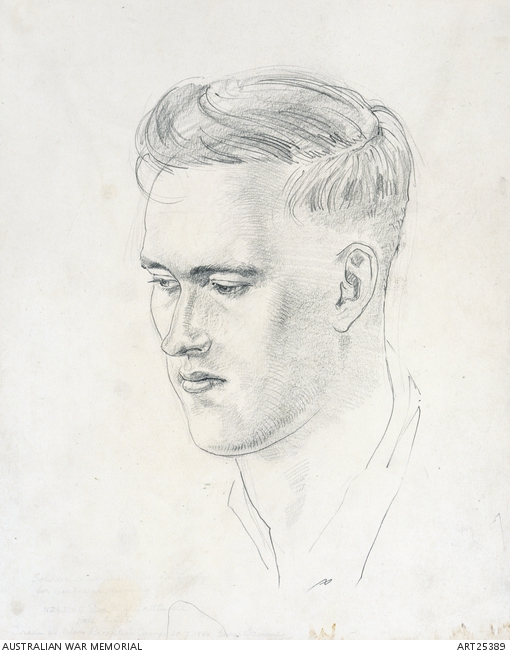 This portrait was made on 20 July 1944 while 23-year-old Keith Southwell of Hall, just north-west of Canberra, was recovering from a bout of malaria at the AIF Reception Camp, Finschhafen, New Guinea. Southwell had been employed as a mechanic at Braddon Motors prior to his call-up, and the artist noted that while he was on sick leave in the camp he was “studying Diesel Engineering for a post-war career in farming”.

When war broke out, Southwell had not volunteered for overseas service with the Second AIF, but as a member of the Militia he would have trained with the 3rd Battalion at the Drill Hall in Acton prior to being called up for full-time service in 1941. Known as the “Werriwa Regiment:, the 3rdBattalion was made up of men from the Canberra district, the Southern Highlands, the South Coast, and towns as far south as Delegate.

Mobilised in 1942, the 3rd Battalion arrived in Port Moresby in May, and by 5 September Southwell was fighting along the Kokoda Trail. In early 1943, he returned to Australia: the 3rdBattalion was disbanded in Atherton, Queensland, and Southwell was transferred to the 36th Battalion. From August 1945, Southwell was attached to the 4th Ordnance Field Park and served out the war as a driver/mechanic in Australia. 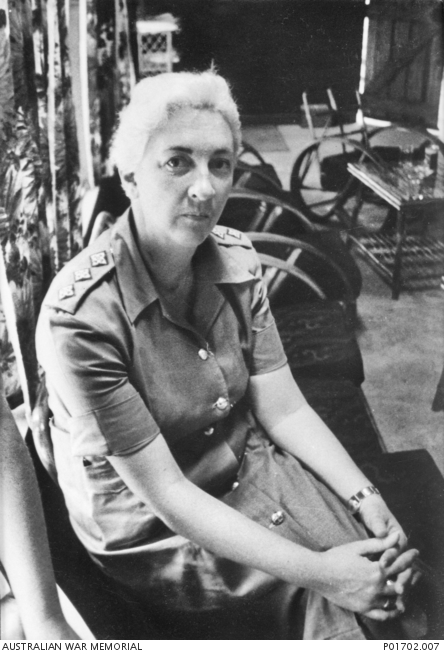 Shirley Southwell’s first job was as a telephonist at the Goulburn Telephone Exchange. Although she had left school at the age of 15, Southwell would go on to achieve much after deciding to switch to a career in nursing.

After winning the Gold Medal at her Nurses Graduation Shirley went on to serve for over 30 years in the Royal Australian Army Nursing Service (RAANS), nursing wounded soldiers through the Malayan Emergency and the Vietnam War. She later became matron at the camp hospital at Duntroon, and in 1980 was awarded the Associate of the Royal Red Cross. Southwell was appointed Matron-in-Chief in 1983 – the highest rank achievable – a position she held until her retirement in 1988.