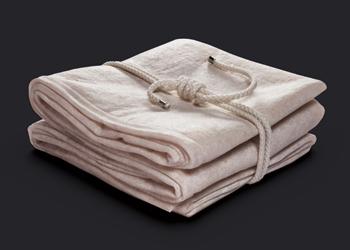 It struck me that with every generation there is an opportunity to redefine the light in which we see ourselves.

As of today… has come quite a way since the work was first begun. The idea for the piece came from an ongoing body of work around nationalism and the flag. I had been thinking about what a nation asks of its citizens in its name, and had begun to look at the people and moments we memorialise as a culture.

I had always been wary of the idea of the memorial, particularly as a sculptor who works in marble. The lineage – back to a very European history – and the figurative tradition of luminaries from history always seemed so distant and removed from our everyday lives. I became interested in creating a memorial to today, being able to appreciate the people and actions in the here and now that are worthy of recognition. It struck me that with every generation there is an opportunity to redefine the light in which we see ourselves, and to choose the symbols that best represent our values.

The national flag is such a potent symbol. It becomes a projection of our desires, history, traditions, loyalties, and grievances. Weighed down with such expectation and possibility, this symbol is explosive. Politically, the game is to claim authority in its name; on a personal level a flag can represent the values or goals of the individual. Whether draped, folded, or hanging, this emblematic cloth is at times divisive or uniting, and always up for debate. It can be used to both mask and reveal.

When considering the things asked by nations in the name of the flag, I found myself unavoidably thinking about the ultimate sacrifice. Like most Australians, I was aware of the casualties of Operation Slipper, but this seemed far removed from my everyday life, all too easily overlooked. I found this disconnection unsettling – how easy it was to forget that each casualty reported was an individual from our community.

And so As of today… was conceived. I wanted to create a work that was as much a testament to our ability to forget or disconnect as it was to the Australian soldiers killed while serving in Afghanistan. The war was ongoing, so this would be a living memorial to the ongoing tragedy it brought about. It would need to be a continuous act of dedication, in part, I think, to amend my own disconnection. It would be an anti-memorial, not to a distant past but to a tragedy happening now – I would create one marble flag for every casualty in that conflict. Little did we know at the time the conflict would continue and the number would rise.

Every country has a particular ceremonial fold for their flag. I carved the flags in the Australian ceremonial fashion – square and concertinaed, with halyards tied around the centre. I chose pearl marble from Far North Queensland, near Chilagoe. It was important to create these works from material from our own soil – the journey of each of these soldiers began on land far from where it ended. The soft pink quality unique to the stone lends itself to the gentle evocation of human flesh and blood, while the anonymous nature of the individual flags highlights the quiet humility of service and sacrifice that can sometimes be lost in the noise of patriotism and the flag. The emphasis on the sheer number is to remind us all that this is what is being asked in the name of our flag today, and to remember each not just as a soldier, but also an individual, spouse, friend, parent, and neighbour.

I first presented As of today… at the Jan Murphy Gallery in Brisbane. At the time there were 23 flags. Jan and I had spent all day installing the work when we heard a report that another Australian soldier had been killed in Afghanistan. The work had not yet been on public display and it was already outdated. Looking at the empty plinth we had installed alongside the works the next morning, the enormity of what we ask not only of these individuals, but also of their families and their communities, truly hit me.

In the years between then and now, 18 more names from Operation Slipper have been added to the official Roll of Honour at the Australian War Memorial, and 18 more flags to this series.

Initially the Memorial acquired Six more – a second part to the series that represented the six casualties from 22 May 2011 to 22 August 2011 – but quickly worked to commission and acquire flags for the entire Roll of Honour. At first I was unsure how my “anti-memorial” would fit into the national memorial, but after receiving kind notes from some of the families of the fallen, I realised the only appropriate home for the work was the Australian War Memorial, gathering place, keeper, and teller of the stories and memories of these men.

Initially I thought this work was about us – how easily we forget – but it is not about us at all. It is about those who gave their lives and whose memory we now preserve.