On the morning of 16 June 1948 three European estate managers were murdered in two separate incidents in the Malaysian state of Perak by members of the Malayan Communist Party (MCP). That evening, the British declared a state of emergency in several districts of Perak and Johore which were extended the following day to the whole of the two states. On the 18th of June a state of emergency was declared for all of Malaya. The Malayan Emergency had begun.

Five days later the MCP and its affiliated organisations were declared to be illegal. The MCP was an outgrowth of the anti-Japanese guerrilla movement which had emerged during the Second World War. Despite never having had more than a few thousand members, the MCP was able to draw on the support of disaffected Malayan Chinese who were upset that British promises of an easier path to full Malayan citizenship had not been fulfilled. The harsh post-war economic and social conditions also contributed to the rise of anti-government activity.

The Malayan government was slow to react to the MCP at first and did not appoint a director of operations to counter the insurgency until March 1950. The new director planned to address the underlying economic, social, and political problems facing the Chinese community while, at the same time, bringing government control to the fringe areas where the MCP received much of its support. Before this plan was fully implemented, however, the situation deteriorated further with the assassination of the British High Commissioner in October 1951. The attack galvanised British resolve to meet the threat posed by the MCP; the Malayan government, in turn, stepped up counter-insurgency measures. Prolonged operations were undertaken against the communists in an effort to destroy their base of support in local communities and to drive them into the jungle, where it would be difficult for them to receive supplies from supporters.

Australia's involvement began in 1950 with the arrival of RAAF aircraft and personnel in Singapore. Dakotas from 38 Squadron were deployed on cargo runs, troop movements, and paratroop and leaflet drops in Malaya, while six Lincoln bombers of 1 Squadron provided the backbone of aerial operations. As the capacity of army and police units operating against the communists improved, however, the need for air power decreased, and by 1952 Lincolns were increasingly used as part of combined air-ground assaults against the communists. One of the major military successes of the conflict was one such coordinated operation in July 1954, east of Ipoh, in Perak state. In Operation Termite, as the exercise was known, five RAAF Lincolns and six from a RAF squadron made simultaneous attacks on two communist camps, followed by paratroop drops, a ground attack, and further bombing runs ten days later. The operation destroyed 181 camps and killed 13 communists; one communist surrendered. 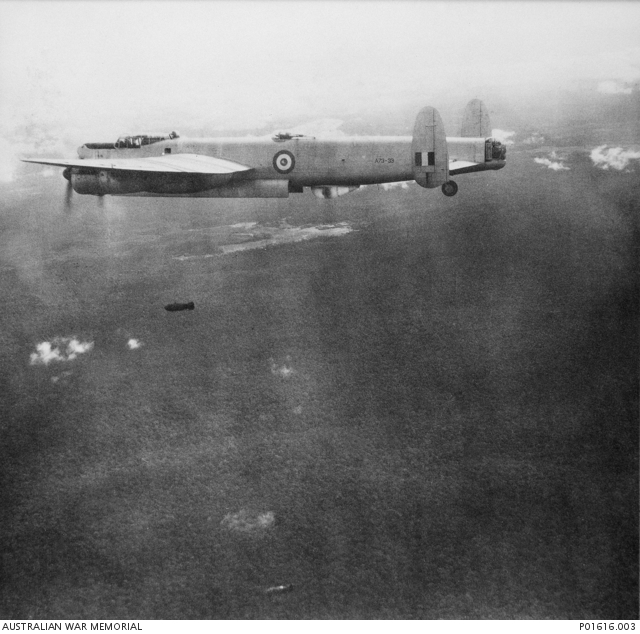 Lincoln Bomber A73-33 of No 1 Squadron, RAAF, on a bombing mission over the Malayan jungle.

By October 1955, when the 2nd Battalion, Royal Australian Regiment (2RAR), arrived in Penang, the outcome of the Emergency was no longer in doubt, although a lengthy mopping up stage followed, largely undertaken by Australian troops. After several false starts 2RAR crossed to the mainland in January 1956 to begin anti-communist operations. Over the next 20 months, as part of 28 Commonwealth Brigade, 2RAR participated in a variety of operations, mainly in Perak, one of the main areas of communist activity. Their work consisted of extensive patrolling, watching for contacts in the rubber plantations, and mounting a perimeter guard on the New Villages, settlements which the government had established to provide infrastructure and services in outlying areas in the hope of denying the guerrillas access to their support base. Contacts were rare, however, and the battalion had a mixed record, killing two communists in an ambush on 25 June 1956 but losing three of its own troops.

2RAR left Malaya in October 1957 and was replaced by 3RAR in the same month. After six weeks of training in jungle warfare 3RAR began driving the insurgents into the jungle in Perak and Kedah, separating them from food and other supplies. Early successes for the battalion confirmed the growing ascendancy of the security forces over the communists and by April 1959 one of the main communist centres, Perak, was declared secure. By late 1959 operations against the communists were in their final phase and many communists had crossed Malaya's northern border into Thailand. 3RAR left Malaya in October 1959 to be replaced by 1RAR. Although operating in the border region 1RAR made no contact with the enemy and was forbidden to move into Thailand, even when the presence and location of communists was known. 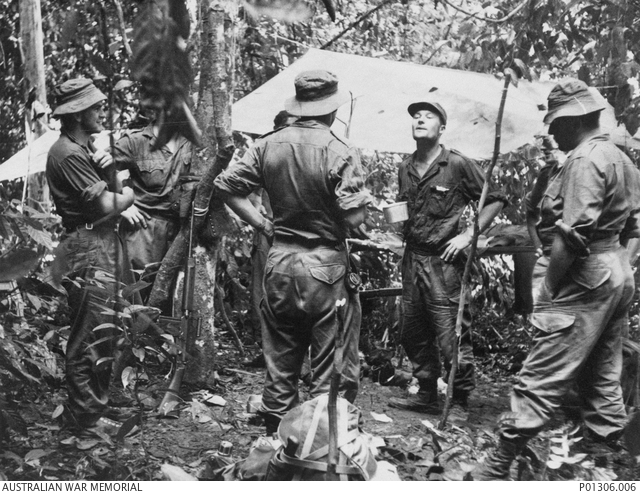 Soldiers of 1st Battalion, Royal Australian Regiment (1RAR), in the jungle north of Baling, near the Thai border, Malaya, 1960.

As the threat continued to dissipate, the Malayan government officially declared the Emergency over on 31 July 1960, though 1RAR remained in Malaya until October the following year, when 2RAR returned for a second tour. In August 1962 the battalion was committed to anti-communist operations in Perlis and Kedah, completing its tour in August 1963.

In addition to air and infantry forces, Australia also provided artillery and engineering support, and an airfield construction squadron built the main runway for the air force base at Butterworth. RAN ships also served in Malayan waters had occasion to fire on suspected communist positions in 1956 and 1957. Australian ground forces in Malaya formed part of Australia's contribution to the British Commonwealth Far East Strategic Reserve, which was established in 1955 primarily to deter external communist aggression against countries in south-east Asia, especially Malaya and Singapore.

Thirty-nine Australian servicemen were killed in Malaya, although only 15 of these deaths occurred as a result of operations, and 27 were wounded, most of whom were in the army.