In the early 1880s the British-backed Egyptian regime in the Sudan was threatened by an indigenous rebellion under the leadership of Muhammed Ahmed, known to his followers as the Mahdi. In 1883 the Egyptian government, with British acquiescence, sent an army south to crush the revolt. Instead of destroying the Mahdi's forces, the Egyptians were soundly defeated, leaving their government with the problem of extricating the survivors. The difficulties of evacuating their forces in the face of a hostile enemy quickly became apparent, and the British were persuaded to send General Charles Gordon, already a figure of heroic proportions in England, to consider the means by which the Egyptian troops could be safely withdrawn. Disregarding his instructions, Gordon sought instead to delay the evacuation and defeat the Mahdi. Like the Egyptians, Gordon failed and found himself besieged in Khartoum. The popular general's predicament stirred public opinion in England, leading to demands for an expeditionary force to be dispatched to his rescue. The relief force was sent from Cairo in September 1884, but it was still fighting its way up the Nile when Gordon was killed in late January the following year. Gordon's exploits were well known throughout the British Empire, and when the telegraph brought word of his death to New South Wales in February 1885 it was met with recriminations against the Liberal government led by William Gladstone for having failed to act in time. 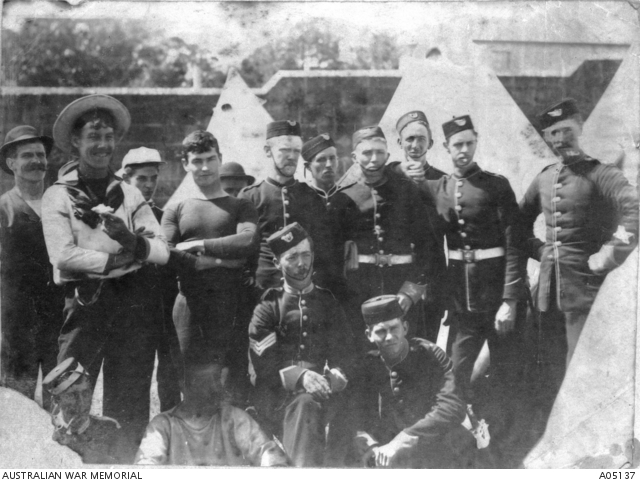 Volunteers for the NSW Infantry Contingent for the Sudan at Victoria Barracks, Sydney, shortly before the contingent's departure on 3 March 1885.

With news of Gordon's death and the Canadian government's offer of troops for the Sudan, the NSW government cabled London with its own offer. To make its proposal more attractive, it offered to meet the contingent's expenses. London accepted but stipulated that the contingent would be under British command. Similar offers from the other Australian colonies were declined. The British government's acceptance of the contingent was received with enthusiasm by the NSW government and members of the armed forces. It was seen as a historic occasion, marking the first time that soldiers in the pay of a self-governing Australian colony were to fight in an imperial war.

Sydney, 3 March 1885. Departure of the NSW Contingent for the Sudan.

The contingent, an infantry battalion of 522 men and 24 officers, and an artillery battery of 212 men, was ready to sail on 3 March 1885. It left Sydney amid much public fanfare, generated in part by the holiday declared to farewell the troops. The send-off was described as the most festive occasion in the colony's history. Support was not, however, universal, and many viewed the proceedings with indifference or even hostility. The nationalist Bulletin ridiculed the contingent both before and after its return. Meetings intended to launch a patriotic fund and endorse the government's action were poorly attended in many working-class suburbs, and many of those who turned up voted against the fund. In some country centres there was a significant anti-war response, while miners in rural districts were said to be in "fierce opposition".

The NSW contingent anchored at Suakin, Sudan's Red Sea port, on 29 March 1885 and were attached to a brigade composed of Scots, Grenadiers, and Coldstream Guards. Shortly after their arrival they marched as part of a large square formation – on this occasion made up of 10,000 men – for Tamai, a village some 30 kilometres inland. Although the march was marked only by minor skirmishing, the men saw something of the reality of war as they halted among the dead from a battle which had taken place 11 days before. Further minor skirmishing took place on the next day's march, but the Australians, now at the rear of the square, sustained only three casualties, none fatal. The infantry reached Tamai, burned whatever huts were standing, and returned to Suakin. 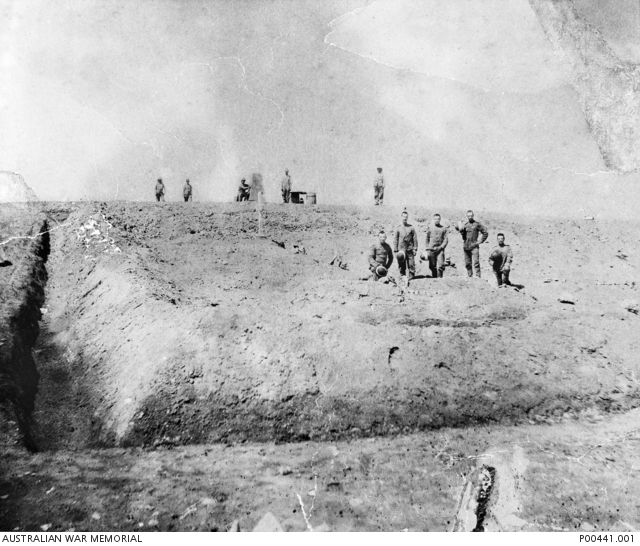 Suakin, Sudan, 1885: grave of Robert Weir, the first Australian to die on active duty in the Sudan.

After Tamai, the greater part of the NSW contingent worked on the railway line which was being laid across the desert towards the inland town of Berber on the Nile, half-way between Suakin and Khartoum. Far from the excitement they had imagined, the Australians suffered mostly from the enforced idleness of guard duties. When a camel corps was raised, 50 men volunteered immediately. On 6 May they rode on a reconnaissance to Takdul, 28 kilometres from Suakin, again hoping for an encounter with the Sudanese, but the only action that day involved two newspaper correspondents who had accompanied the patrol before leaving the cameleers to file their stories in Suakin. They soon found themselves surrounded by enemy forces, and one was wounded as they fled. The camel corps made only one more sortie – on 15 May, to bury the bodies of men killed in fighting the previous March.

The artillery saw even less action than the infantry. They were posted to Handoub where, having no enemy close enough to engage, they drilled for a month. On 15 May they rejoined the camp at Suakin. Not having participated in any battles, Australian casualties were few: those who died fell to disease rather than enemy action. By May 1885 the British government had decided to abandon the campaign and left only a garrison in Suakin. The Australian contingent sailed for home on 17 May 1885.

The contingent arrived in Sydney on 19 June. They were expecting to land at Port Jackson and were surprised to disembark at the quarantine station on North Head near Manly as a precaution against disease. One man died of typhoid there before the contingent was released. Five days after their arrival in Sydney the contingent, dressed in their khaki uniforms, marched through the city to a reception at Victoria Barracks where they stood in pouring rain as a number of public figures, including the Governor, Lord Loftus, the premier, and the commandant of the contingent, Colonel Richardson, gave speeches. It was generally agreed at the time that, no matter how small the military significance of the Australian contribution to the adventure, it marked an important stage in the development of colonial self-confidence and was proof of the enduring link with Britain. 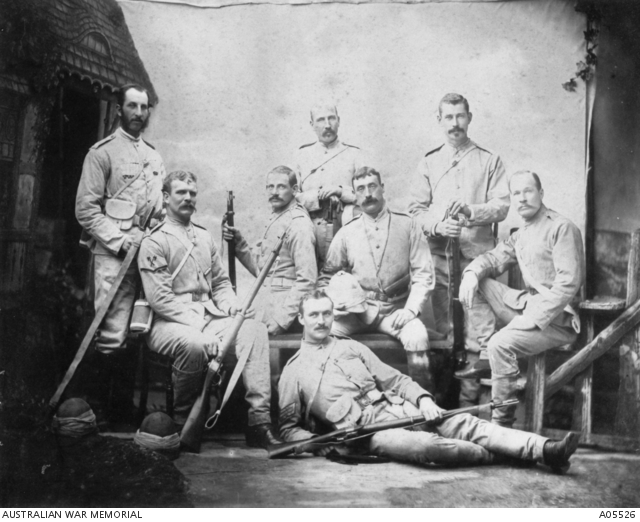 Sydney, NSW, 1885: infantrymen of the NSW Contingent to the Sudan, after their return to Australia. They are wearing khaki uniform issued for active service, and are equipped with Martini-Henry rifles.