“Having seen the result of three years of well kept diaries by Lt Wilkinson of C Coy I was filled and fired by a desire to emulate his good example … recording the every incident and sensation of his military life, and also of the battalion. Such literature in after years will be of priceless value to him and will make worthy heirlooms showing the life of an ancestor during the world’s greatest war to future generations … May mine be half as good and constant as his.”

Lieutenant Sydney Traill in the opening of his First World War diary, which begins on 1 January 1918 and ends on 31 December 1918. 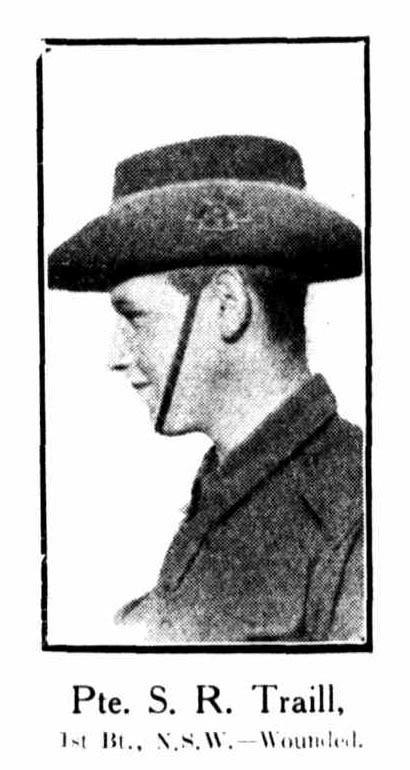 Although Lieutenant Sydney Traill had served from 1914 and had been wounded at Anzac and Pozières, he recorded in his diary that 1918 was the most interesting year, noting extreme conditions, the changing nature of warfare, the allied advances of the last months of the war, and his observation of its impact on French civilians.

“A man is either in the thick of things so momentous that he can’t record them half decently, or life is so monotonous and uneventful that he is bored stiff … The Army is full of ups and downs. One night one is in luxury, the next in filth and squalor, and one night one would be in safety and the next in danger. Gets one very adaptable to circumstances.”

Traill’s diary starts with his small company at Rose Wood, exposed at the head of a long, sloping valley. Here they eat, live and work by night, laying wire and “fleeing to our holes like ghosts at the first sight of dawn”. He wrote that men were buckling under strain and exposure. In February, when on a spell out of the front line at a Lewis gun course at Boescheppe, he expressed a different mood. “Life is pleasant and swings along”, he wrote, describing games of bridge, a six-egg omelette, a performance of Chopin “as good as a seven course dinner to listen to”, and attended a  “very good show” of The Sentimental Bloke by a divisional concert party.

In April, near Hill 60 south-east of Ypres in Belgium, Traill was again engaged in nightly trench-making, carrying or wiring, which he described as “my particular horror ... and the spot is rather a warm one”. Soon after, he was wounded for the third time near Meteren in Northern France. His ambulance train was described as “so beautifully fitted up, tables, soft seats, beds, books, cards, slippers and so on”, that it was “a positive pleasure to be wounded”.

Back at the front while under shell and gas attack, he “swallowed quarts of it and only got a dry mouth this morning”. However, in the mess, with a band playing “no one would think there was a war on, still less that we are passing through the gravest crises”.

Lieutenant Traill shows concern for French civilians, describing “shells smashing houses down like a pack of cards, freeing a girl and old woman”, and stating that “for the first time in my life I ran from a shell. I was never more frightened in my life … It was pitiful to hear the women shrieking and crying and running ... It made us mad, we aren't used to seeing women knocked about, our work generally lies in parts where there are no civilians for five or six miles.”

Stating that “the war is now altogether different, it is like books and pictures”, he lamented “burning villages, men on horseback galloping around the fields, civilians streaming out on the roads with their goods and chattels … It is a sin to make war in such peaceful beautiful country.” 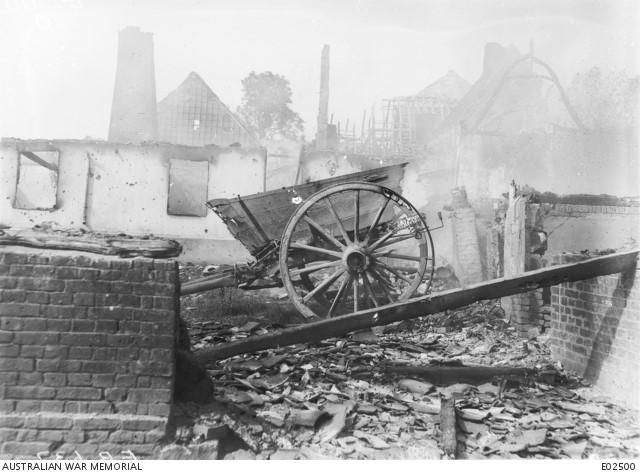 The village of Sailly-le-Sec burning as the result of enemy shellfire,  11 June 1918. Photographer unknown. AWM E02500.

As the allied forces regain ground, Traill noted, “There is no doubt they are getting their money's worth out of us Aussies … This is the third time the battalion has held the sector and the country is ideal for M.G. [machine guns] … the bullets swish through the crops here, putting the wind up carrying and working parties for miles … As usual, we hide by day and crawl out of our holes like rats at night.”

However, in London he described a “perfect furlough”, dining with relatives at the Old Cheshire Cheese, and recorded hopes he wouldn’t be a strain on their resources with concerts, restaurants, art galleries, theatres and sing songs. “It bucks me up no end to think I have sung in a London drawing room.”

In August he records allied successes, including a fortuitous victory when a patrol caught Germans asleep in a shell-hole before being shown and capturing other posts. “This all in broad daylight in country as flat as a billiard table, and only a few hedges ... Inside 3 hours they had captured without a casualty and with hardly a shot 2 officers and 89 men and 7 M.G.s ... As a result we advanced our line 250 yds ... A great day and one quite unprecedented in the war, I believe.” An advance on Mericourt-sur-Somme includes over 1,000 tanks. “Never saw so many tanks in my life before”, he wrote. “I am in the nucleus this time, a most interesting stunt and one not to be missed ... This stunt has been engineered with the utmost secrecy and speed.” When Traill later gives details of the tanks and creeping barrage used to take Chuignolles and other September “stunts”, he notes official correspondent C.E.W. Bean. “He's no damn fool and knows his job from A to Z.” 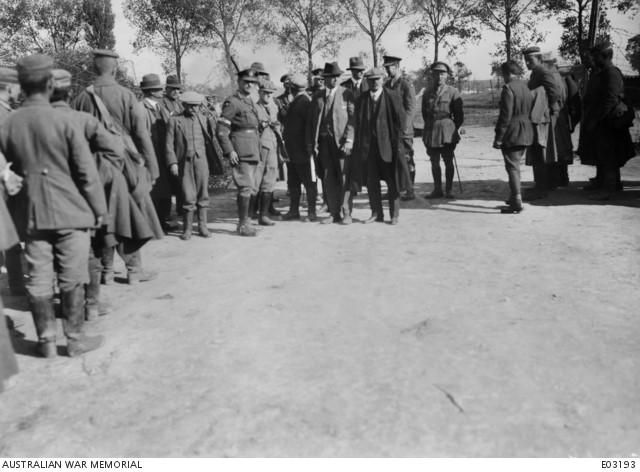 Traill’s brother-in-law was killed near Estrees on 3 October 1918. When the end of the war was announced, Traill stated, “No one displayed the slightest enthusiasm and it doesn't matter a tuppeny dump to me now, whether it goes on or not, the war has done its worst for our family.” However,he enjoyed Versailles, describing “the finest and most wonderful building I have ever seen anywhere”, and having the opportunity to have  “strolled around this morning like a real Boulvardier … meeting up with Australian soldiers being piloted around by a well to do Frenchman who was showing his gratitude, regarding them as his liberators.” The hospitality of well-to-do French people and their customs is lauded, other than breakfast: “a cup of coffee or chocolate and a hunk of bread is all that can be procured. A rotten idea to my way of thinking.”

Sports are a feature of the last days of the year and when the Prince of Wales attended two football matches on 30 December, Lieutenant Traill notes that he had a good look. “Such an ordinary baby-faced boy he looks, about as princely looking as myself.”

Traill describes spending the last evening of 1918 in a “lamentably quiet manner … the band at their own request played the New Year in and all that there were of us in the square joined hands and sang Auld Lang Syne … thus finishes the old year, and thus finishes the diary.”

Lieutenant Traill survived the war and was awarded the Belgian Croix de Guerre. Nine years after returning home, on 28 October 1928, he died in Sydney at the age of 33. The Memorial wrote to Traill’s mother in 1934 asking if she would like to donate to the collection any records. Mary Traill replied that she could not bear to part with his diary but offered it for copying. The Memorial made a typed copy and returned the original. The copy of Sydney Traill’s diary and, later, the original became a “worthy heirloom” of the Australian War Memorial. Traill’s “good and constant account” of his experiences, thoughts and feelings, his highly detailed, vivid and lively insights into the last year of the Great War are now digitally preserved and available for all Australians online.