In 1915 Maud Butler was a young 18 year old with a bit of an adventurous streak, who wasn’t happy with the type of contribution society decided young ladies could and should make to the war effort. She came to notoriety in the press for her attempts to disguise herself as a soldier and stowaway to Egypt. 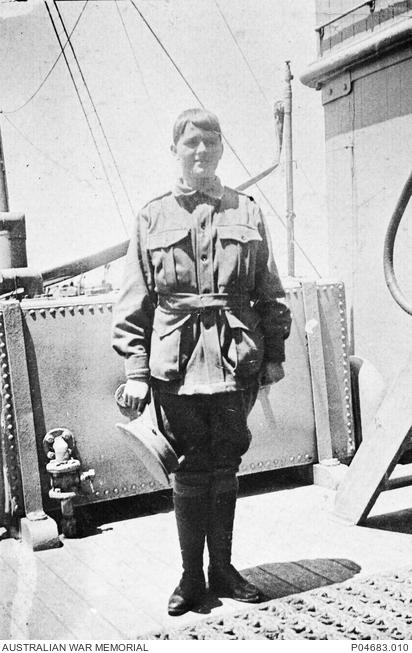 Maud Butler in uniform (but with the black boots that helped give her away) on her first attempt to stow away to the war in December 1915.

Her first attempt was in late December 1915. She purchased a private’s uniform and cut her hair to look like a young man. On the night of Wednesday 22 December she snuck on board HMAT Suevic by a gangway not watched by the sentries. The ship departed Sydney the next day and Maud hid herself for over a day in a life boat on the deck but was discovered the following morning during a parade. 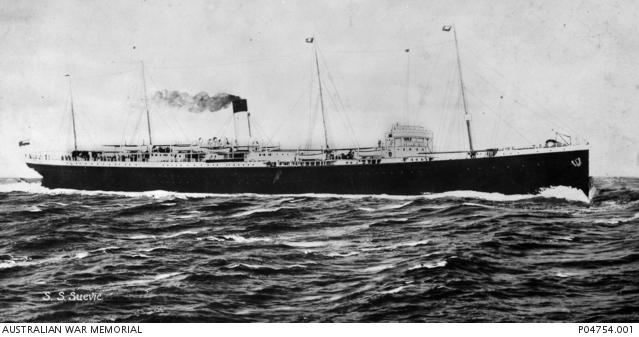 She was arrested and interrogated. Newspaper reports claimed she had stowed away in order to get to Egypt to help the Red Cross. However, in the record of her interrogation on board the Suevic (citation NAA: MP16/1, 1915/3/1785) she told authorities that she was trying to get to Egypt to be with her brother Maitland, who was in the 19th Battalion.

However, there is one problem with this story - according to service records, Maud’s younger brother, Maitland, did not enlist until March 1917, aged 18. Soon after he enlisted, their mother Rose complained he was under age and had enlisted without parental permission, so he was discharged. He successfully enlisted later under the alias Frank Emerson, although not long afterwards he reverted to his real name and served with the 2nd Battalion on the Western Front. So unless Maitland enlisted underaged in 1915 under another assumed name and returned to Australia by 1917 to re-enlist, he could not have been serving at the time of Maud’s stowaway attempt.

Regardless of her motives, after her interrogation Maud was transferred from ship to ship to the Blue Funnel liner Achilles, which was heading for Melbourne. Miss Dunlop, the Matron of the Young Women’s Christian Association in Melbourne looked after her until she could be returned to Sydney. 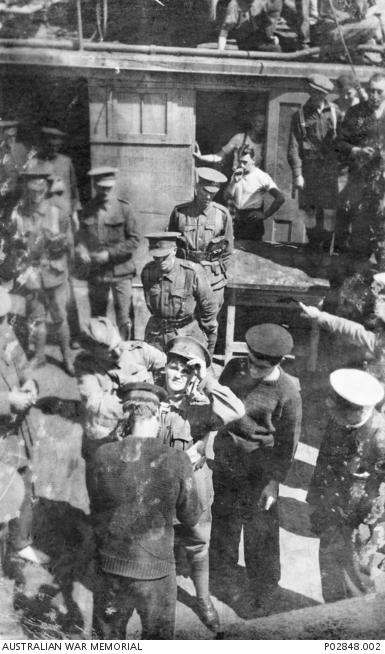 A life belt is being placed around Maud's waist before she is transferred at sea from HMAT Suevic to the Achilles 24 December 1915.

Within months of getting home she tried again. One of the reasons the military quickly realised she was a stowaway the first time was she had no identity discs and was wearing women’s black boots (The AIF wore brown boots). She did not make the same mistake again! This time she wore the correct boots and forged an identity disc. She also acquired a revolver, which would have been a giveaway to an eagle eyed Military Policeman - Maude may not have realised only officers had revolvers.

On 7 March 1916 she bluffed her way on board HMAT Star of England, pretending to be a drunken soldier returning from leave. The next morning she was caught again during a routine check - her service number did not match any on the officer’s list. The ship embarked from Sydney without her. She was charged with having wrongfully worn military uniform and found guilty. 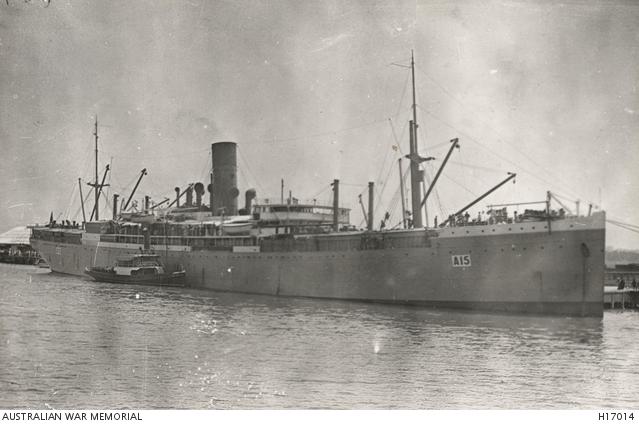 After this attempt, Maud gave up the idea of stowing away overseas, and tried to help the war effort by collecting money for charity. However, even in undertaking these good works, she could not escape the long arm of the law. On 25 April 1916 she was collecting money while wearing an AIF uniform when she was arrested by Military Police. They initially thought she was a soldier contravening a recent military order that men in uniform could not collect money for the war effort, not realising she was female.

Maud was authorised to collect funds for the Returned Soldiers’ Association and had collected £200 in Sydney and Newcastle while wearing the AIF uniform. During her trial the assistant secretary, Lieutenant Thomas Bathurst, spoke on her behalf. He advised the court that the association knew of her attempts to go overseas, but were satisfied about her good character. She had worn the uniform in Newcastle with no complaints and there was thought to be around 200 women and girls collecting money for the war effort in uniform as a novelty. In an age of long skirts, the magistrate, Mr Macfarlane, was shocked to hear about women and girls going about in trousers!

Mr Macfarlane was reluctant to continue the matter and Maud, pleading guilty, promised never to appear in uniform again. The public story of Maud Butler’s war efforts quieten down after this and in 1918 she married George Hulme and had a family.