The Memorial has been able to gain access to substantial amounts of the original fabric, which was removed from the Albatros during the 1960's restoration with the exception of the rudder and the ailerons. Significant analysis of this material has been carried out in order to determine the correct details for fabric colours, panel widths and orientations, seam widths, rib stitching and the dimensions of rib tapes.Photographic evidence shows the starboard aileron to have been covered in lozenge on both upper and lower surfaces. The upper surface of the port aileron appears to have been painted to match the upper camouflage finish while the rudder was overpainted to match the fuselage finish.

With the exception of the underside of the upper wing where the lozenge was left exposed, all fabric surfaces were overpainted. The original fabric is a mixture of undyed and five colour lozenge printed linen. The underside of the upper wing is stitched with the seam running spanwise rather than chordwise. All lozenge surfaces have lavender coloured rib and seam tapes. The tapes appear to be mass produced and mechanically cut in standard widths of 20mm and 30mm. Surrounding the radiator installation 7mm lavender tapes are also present. 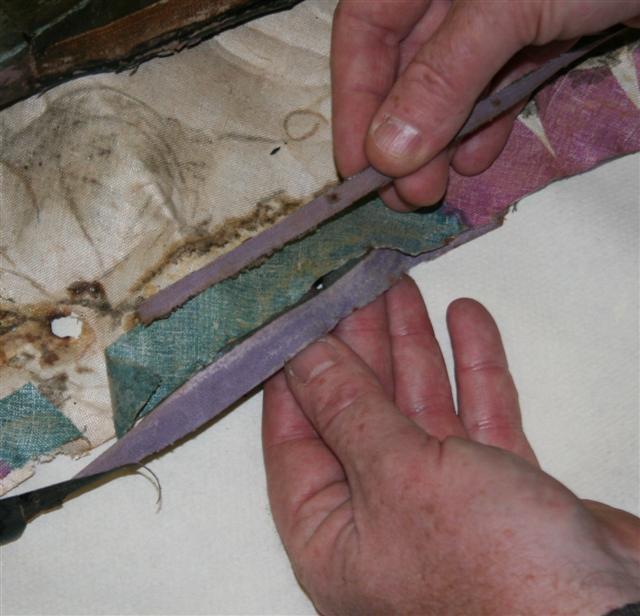 Similar bulk cut tapes in undyed fabric are found on the assemblies covered in undyed linen with the exception of the upper surface of the top wing, where the lavender tapes are continued from the lower side.

The Albatros is being re-covered using five colour lozenge linen printed in Germany in 1991. Comparison of this linen against non light-exposed samples of the original Albatros fabric, either from beneath seams or where it was used as rubbing strips on the leading edges of lower wings and tailplanes show it to be a very accurate match both in lozenge pattern, lozenge overlap and colour for both upper and lower fabrics. 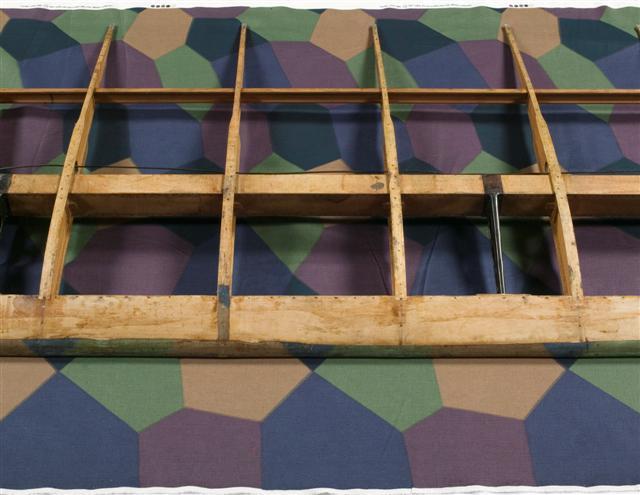 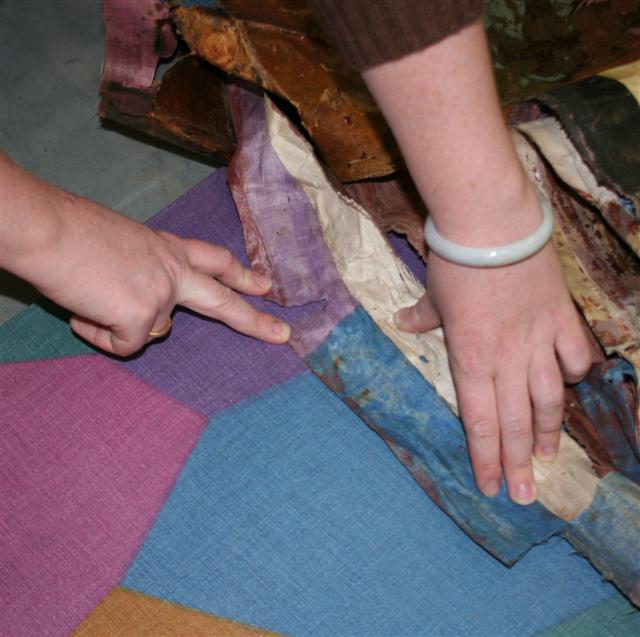 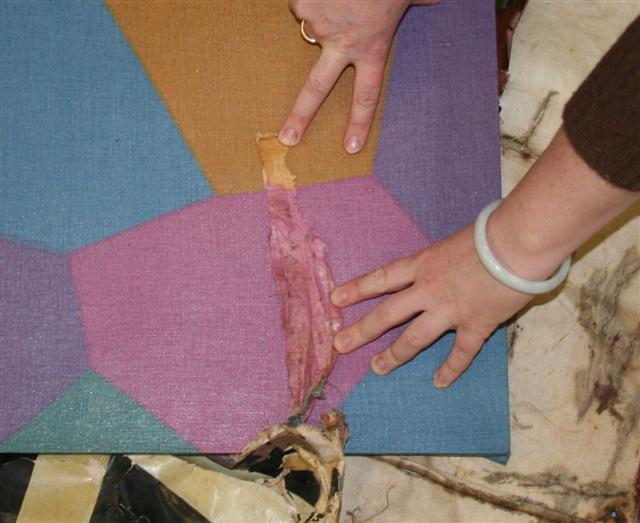 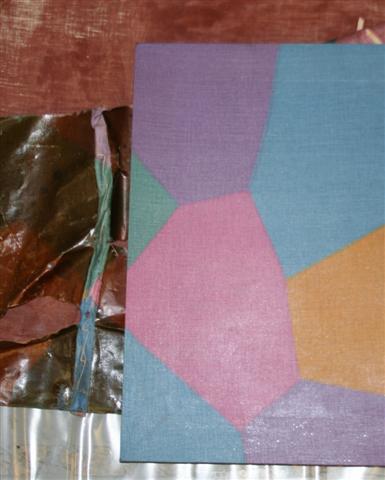