Anniversary of the sinking of HMAS Parramatta

One of the lesser known tragedies of the Second World War is the sinking of the Grimsby class sloop HMAS Parramatta. At the time, Parramatta was serving in the Mediterranean assisting with supplying the Allied garrison at Tobruk, which was under siege by German and Italian forces. 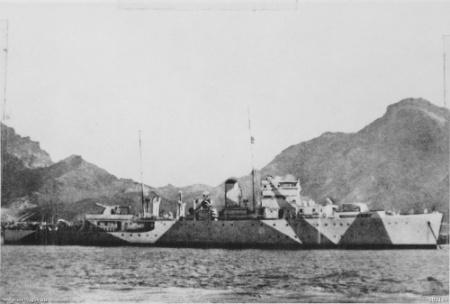 In the early hours of the 27th November 1941 while escorting a convoy, Parramatta was hit by a torpedo fired from German submarine U559.  The torpedo caused the ship’s magazine to explode and the ship rolled rapidly to starboard and sank within minutes. Acting Commander Jefferson Walker had time to order the crew to abandon ship but only about a third of the ship’s complement was able to escape, so quick was the sinking.

The other escort ship in the convoy, HMS Avon Vale, managed to rescue 21 men despite being some way off at the time of the attack. Tragically, many of those who survived the sinking perished in the sea despite the efforts of Avon Vale’s crew. Three other survivors made it to shore and were found by advancing British troops.

On 29 Nov 1941, two days after the loss of Parramatta, Admiral Cunningham, Commander-in-Chief of the Mediterranean Fleet signalled to the Naval Board:

"I deeply deplore the loss of HMAS Parramatta. This fine little ship had built up for herself a splendid standard of efficiency and achievements fully in keeping with record of HMA Ships in Mediterranean. HMAS Parramatta was lost in defence of an important convoy under her charge which arrived safely at its destination. Please express my sympathy and that of Mediterranean Fleet to RAN and to bereaved.”

For a more detailed description of the sinking, see this extract from one of the volumes of the official history of the Second World War, Royal Australian Navy, 1939–1942 by G. Hermon Gill. The complete chapter can be found on the Memorial's website.

In total there were 24 survivors, but 138 men, including all officers, lost their lives. The 130 Australians lost in the sinking are commemorated on the Australian War Memorial’s Roll of Honour. The other eight men lost were from the Royal Navy and are commemorated on Commonwealth War Grave Commission memorials.

Royal Australian Navy provides information about the HMAS Parramatta and its sinking.

Parramatta is the oldest ship name in the Royal Australian Navy.