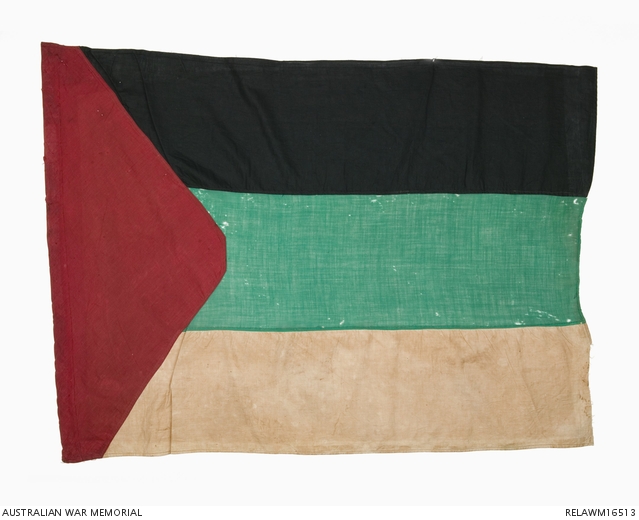 The Hejaz flag, also called the flag of the Arab Revolt, is said to have been designed in June 1916 by Sharif Hussein of Mecca, the leader of the Hejaz uprising, with the assistance of the British, against the Ottoman Empire. c1917-1918

On the 28th of October 1918 the flag of the Arab Revolt – also known as the flag of the Hejaz – was raised for the first time over the village of Amman, the future capital of Jordan. The flag raising was conducted with a sense of great occasion and ceremony. Leading the honour guard were three officers and 50 men of the 1st Australian Light Horse Regiment, resplendent in slouch hats and their best uniforms. Among those who bore witness to the historic event was Prince Abdullah I, the future King of Jordan. But how did these sun-bronzed men from the Antipodes, sons of the newest nation on earth, come to be so far from home, standing shoulder to shoulder with descendants of an ancient culture?

The Arab revolt began in June 1916 when the Emir of Mecca, Sharif Hussein bin Ali, ordered his troops to capture Mecca from the Ottomans. The fighting lasted a month and Mecca was badly damaged as a result. Hussein was able to use the damage to Mecca as a rallying cry to other tribes to rise up against the Ottomans who had desecrated one of Islam’s holiest sites. Arab regular and irregular forces proceeded to capture towns and ports along the Red Sea coast as they made their way north. 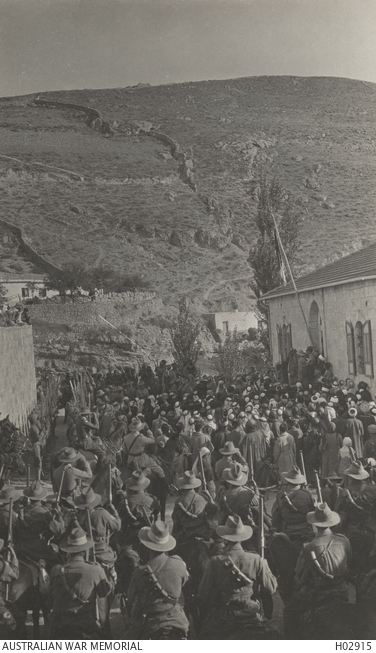 Australian Light Horsemen at the salute during the unfurling of the Hejaz flag. Amman, Transjordan. 1918 (Donor: Major Smith)

The Australian’s part in the story began in August 1916 when light horsemen took part in the Sinai–Palestine Campaign with the British-led Egyptian Expeditionary Force (EEF). By the end of 1917 the EEF had fought a number of battles. While it had suffered defeats, it had inexorably pushed their Ottoman enemy back through Palestine, capturing Jerusalem before Christmas 1917.

After spending the winter months around Jerusalem, the EEF returned to campaigning in the spring of 1918. Following the capture of Jericho in February, units of the EEF advanced swiftly into the Jordan Valley and created a defensive line. Their defensive line now stretched from the top of the Dead Sea to the Palestine coast north of Jaffa.

Australian light horsemen took part in two disastrous attacks across the Jordan River in late March and early April. Despite their failures these attacks made the Ottomans believe that General Sir Edmund Allenby, Commander of the EEF, intended to launch his future operations from the Jordan Valley. 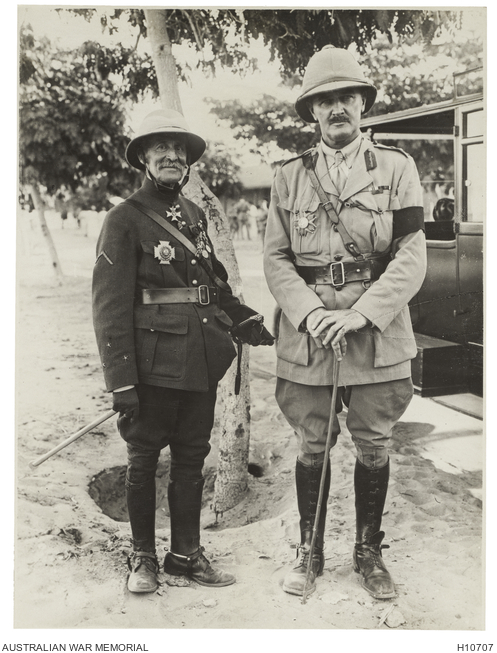 Allenby’s plans were dealt a further blow by the German Spring Offensive on the Western Front, which forced him to send 60,000 men to France. Allenby entrusted the defence of the Jordan Valley to Lieutenant General Sir Harry Chauvel’s Desert Mounted Corps and from April until September it maintained positions in hellish conditions. Sickness – particularly malaria – was rife and though efforts to drain swamps and increase sanitation were made, casualties continued to mount.

While the EEF was forced to remain stationary, the Arab Northern Army led by Emir Faisal and Arab irregular forces continued to make gains and harry the Ottoman forces along the Hejaz railway. Though limited in numbers, Australia played its part in supporting the Arab Revolt. 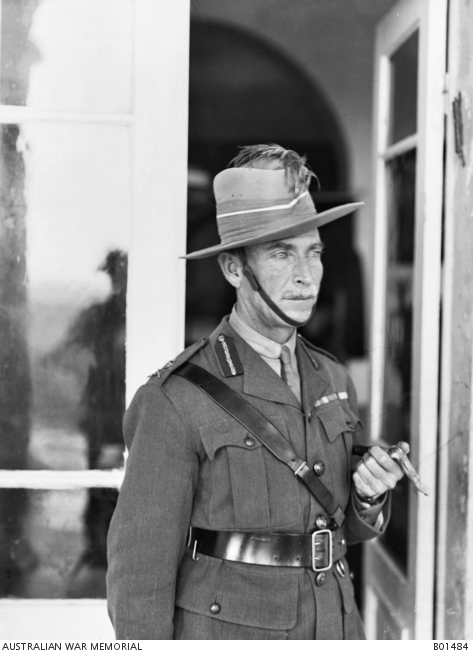 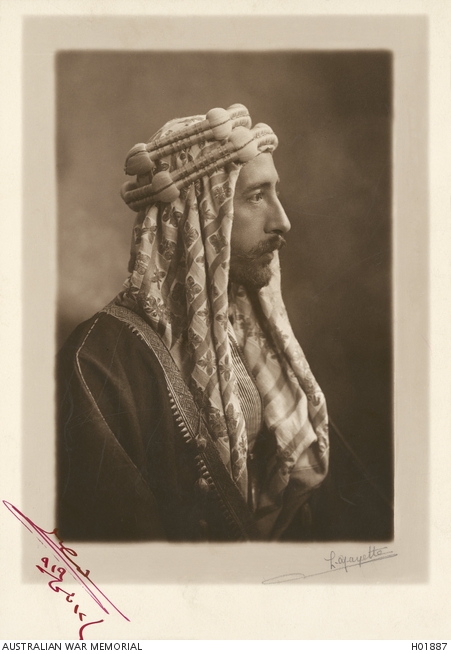 One of the first Australians to be directly involved with the Arab Revolt was Sergeant Charles Reginald Yells who was sent as a Lewis Gun instructor for Arab soldiers. He met and worked with Major T.E. Lawrence, the famed Lawrence of Arabia. Lawrence described Yells as “long, thin and sinuous, his supple body lounging in unmilitary curves. His hard face, arched eyebrows, and predatory nose set off the peculiarly Australian air of reckless willingness and capacity to do something very soon … full of suggestion, he emerged bursting with delight at what had been well done whenever a thing happened.”

When Lawrence led an attack on the Hejaz railway and an Ottoman train near Mudowarra Station on 10 September 1917, Yells volunteered to take part. He was later awarded a Distinguished Conduct Medal “for gallant conduct … when assisting Major T.E. Lawrence in a raid on the Turkish railway line at Mudowarro, whereby about ninety of the enemy were killed and seventy taken prisoner and great destruction wrought.” 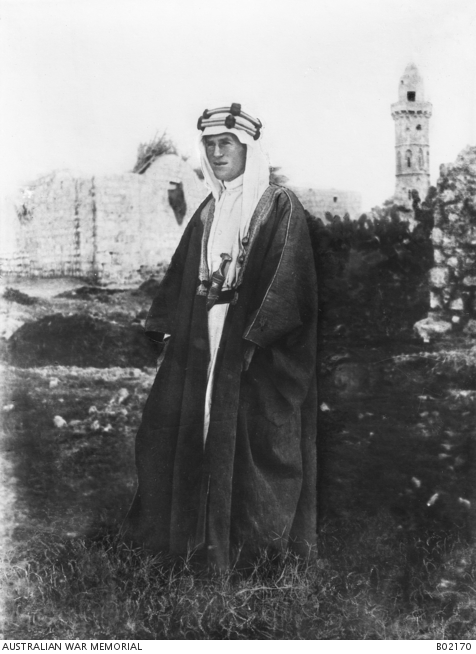 One of the most recognisable pilots throughout during time was Captain Ross Smith, who had started the war as a light horseman and served at Gallipoli before transferring to the Australian Flying Corps in 1916. Smith flew numerous operations supporting the Arab forces and on several occasions was Lawrence’s personal pilot, carrying him from the field to meetings with General Allenby at his headquarters.

Smith also flew the only Handley Page 0/400 bomber to be sent to the theatre. This aircraft dwarfed the British fighters and provided a powerful rallying symbol to the Arab forces. The aircraft was used to bomb Ottoman positions and to deliver ammunition, fuel and other supplies to Arab forces in the field. 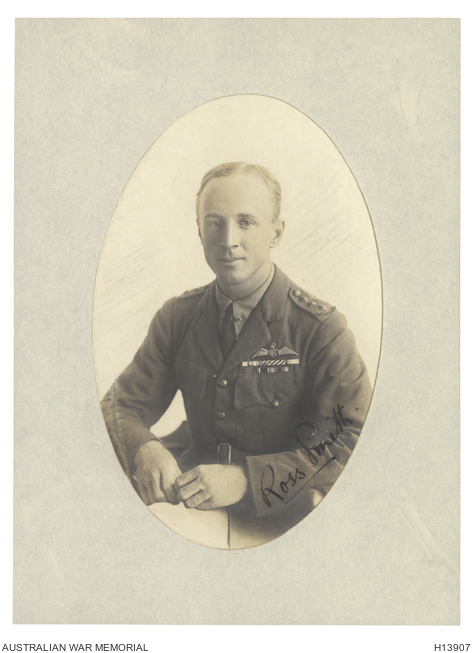 When Allenby’s long-awaited offensive was finally launched in September 1918, the main thrust did not occur in the Jordan Valley, as the Ottomans had been led to believe. Instead, British infantry opened the assault on Ottoman positions north of Jaffa before the bulk of the Desert Mounted Corps forced the Ottomans out of Palestine and into Syria. However, a mixed force that included the Australian and New Zealand Mounted Division, led by New Zealander Major General Sir Edward Chaytor, advanced out of the Jordan Valley and on to Amman, capturing the town on 25 September. Around 10,000 Ottoman troops became prisoners. The Australian light horsemen and other members of Chaytor’s force remained around Amman for the next five weeks while Feisal’s forces advanced to Damascus, where they met up with Chauvel’s men.

Three days after the Hejaz flag was raised over Amman the Ottomans formally surrendered, signing the Armistice of Mudros bringing their war and their shattered empire to an end. The same day the men of Chaytor’s force returned through the Jordan Valley and back to Palestine.