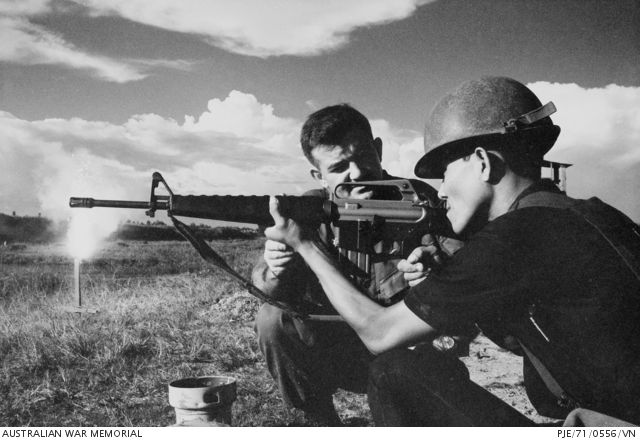 Today marks the 60th anniversary of the arrival in Saigon of the first contingent of the Australian Army Training Team Vietnam, on 3 August 1962.

The Australian Army Training Team (AATTV) – usually referred to simply as “The Team” – was one of the elite Australian units in the Vietnam War.

They served in South for a continuous period longer than any Australian unit, before or since – more than ten years. It was the first Australian combat unit in , beginning with the arrival in Saigon of the Team’s commander, Colonel F.P. Serong on 31 July 1962, followed soon after by the arrival of the main body of troops (initially just 29 men) on 3 August. 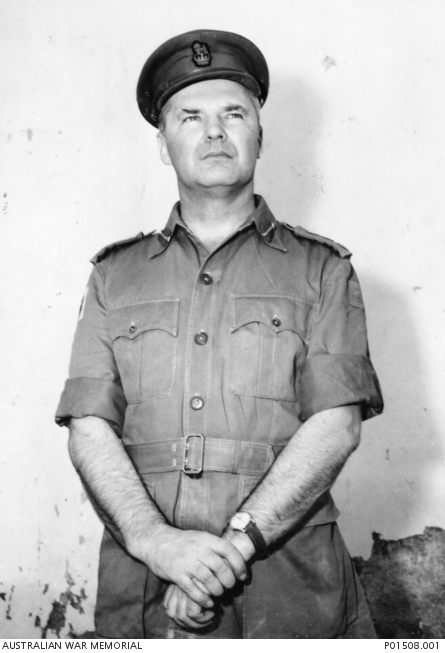 Over the next decade more than a thousand personnel, including ten soldiers from the army, served in the unit, more than half of whom were infantrymen. Many members of the Team volunteered for multiple tours. Fittingly, the Team’s motto was “Persevere”.

Members of the Team mostly served in small groups or alone, throughout the country, from the Demilitarised Zone in the north to the Mekong Delta in the south, in all types of terrain from rice paddies to jungle highlands, and with units of other armies, ethnic groups and other organisations. Their roles were extremely diverse and included those of combat unit advisers, special forces commanders, rural and province advisers, training instructors/advisers, and service on the staffs of  US and South Vietnamese government organisations and projects. 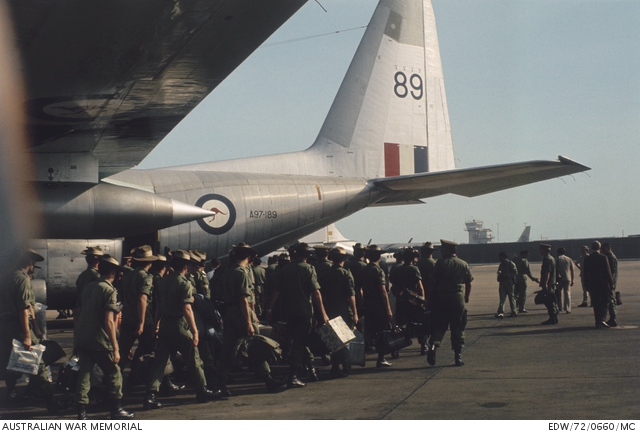 The Team remains, arguably, the most highly decorated unit of the Australian Army, receiving four Victoria Crosses – the only ones awarded to soldiers in the War – many other bravery awards, and two unit citations. Thirty-three AATTV personnel died during service in , and 122 were wounded in action.

They were the last Australian troops to leave the field in December 1972.