Bapaume to Bullecourt: the fighting in France, 1917 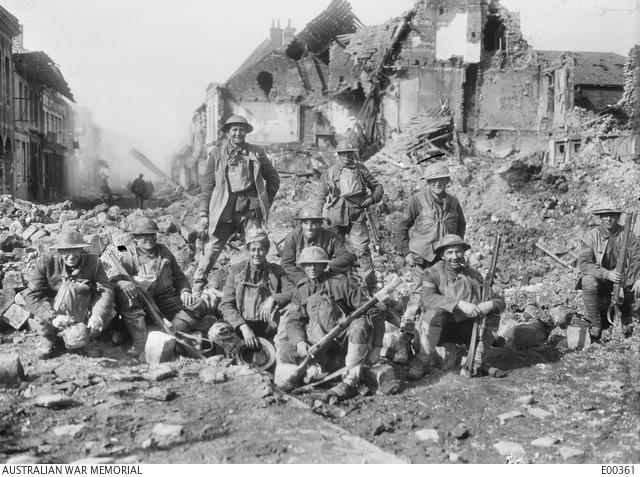 At the beginning of 1917 victory seemed nowhere in sight. However for a while, from late February, hopes were lifted. Along the Somme front line and elsewhere, the Germans began to withdraw several kilometres to their newly-developed defensive zone which the British dubbed “the Hindenburg Line”. This apparent retreat was a tonic for the allies who advanced in pursuit. But it was an illusion; the Germans were just staging a voluntary withdrawal to stronger and better prepared positions. It was against these solid defences at a point near the village of Bullecourt that four Australian divisions, one after the other, were thrown during April and May 1917.

The capture of Bapaume 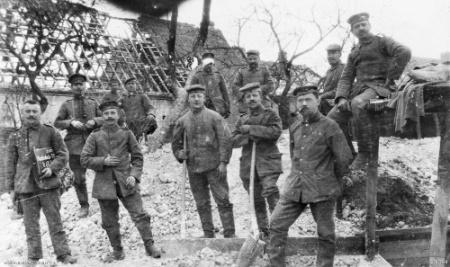 Bapaume was a large German-held town almost within sight of the Australians’ trench lines throughout the winter months on the Somme. Suddenly, from 24 February 1917 it became evident that the enemy was retiring. The British advanced after them, and by the morning of 17 March Australian troops reached the outskirts of Bapaume. The soldiers’ heightened spirits were exemplified by the band of the 5th Australian Brigade playing amid the burning ruins as they marched into the old town square on the 19th. However booby traps and time bombs had been left behind; one exploded in the town hall a week later burying men and killing twenty-five.

Rarely did Australian soldiers experience such exhilaration as on that morning when, with the Somme morass finally behind them, they skirmished across green fields.

Fighting up to Bullecourt 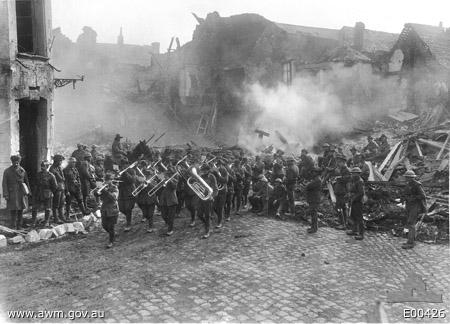 From February 1917 the German forces facing the Australians began withdrawing to the Hindenburg Line. The Australians pursued them and there was heavy fighting around a network of small villages. Vaulx-Vraucourt, Morchies and Beaumetz were among those captured. But there was stiffer resistance during the attempts to take Lagnicourt, Noreuil and Hermies; the initial hasty attempt to take Noreuil was repulsed. In some of these sharp actions over three weeks five Australians won the Victoria Cross. Finally, by 9 April the vital string of villages leading up to the Hindenburg Line was in British hands. Before the Australians, and within the broad German line of entrenchments and barbed-wire, stood the fortified village of Bullecourt. 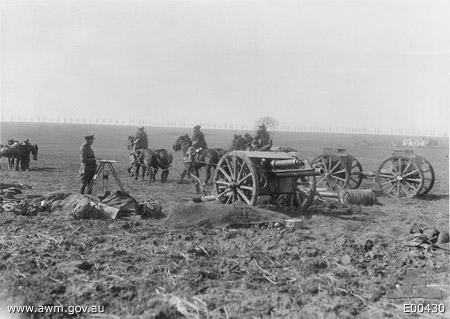 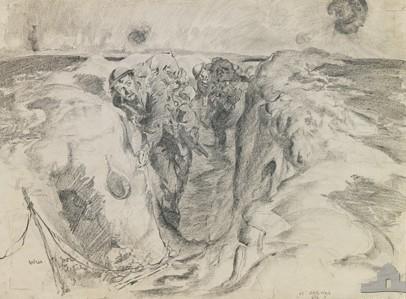 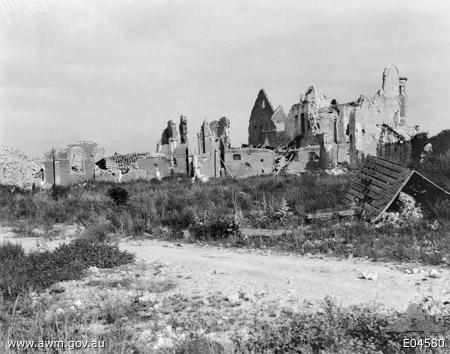 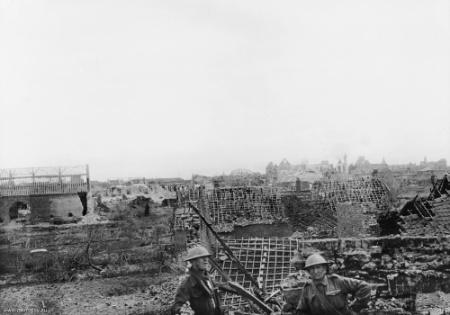