Beam of light to mark 100 years since the Armistice 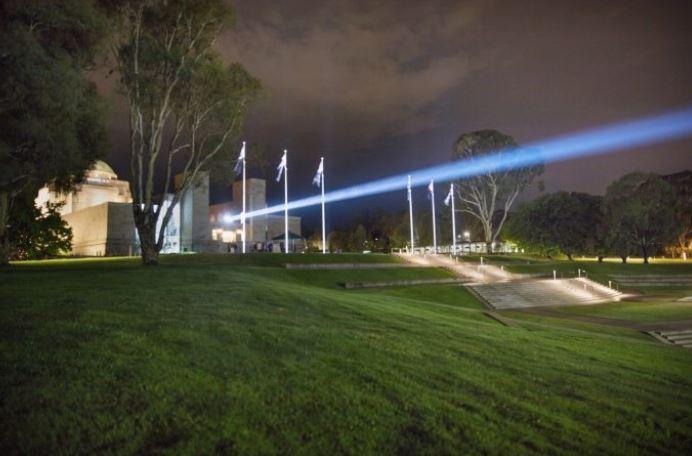 A beam of light will be projected from the parapet of the Australian War Memorial to the Australian Parliament House on the evening of 10 November, the eve of the centenary of the Armistice which ended the First World War.

Memorial Director Dr Brendan Nelson said the beam of light represented the link between the political freedoms Australia enjoy today and the service and sacrifice of those who have served.

“The most symbolically powerful man-made vista in this country is that which goes from the Australian War Memorial … to our Parliament,” Dr Nelson said.

“From the Australian War Memorial … you see the institution where we exercise our political, economic, and religious freedoms, but here at the Memorial we remember and honour those Australians who underwrite those freedoms.

“I hope those who see the beam of light will have a deeper appreciation of the price that has been paid, and continues to be paid, by those whom we recognise, remember, and honour here.”

The beam of light, which will slowly change from white to pink to crimson red and then back again, can be viewed from dusk on 10 November through to dawn on Remembrance Day.

It is part of the Memorial’s five-week commemorative program marking the centenary of the Armistice between the Allies and Germany.

The Armistice came into effect at 11 am on 11 November 1918 and paved the way for the signing of a formal peace treaty, the Treaty of Versailles, and the official end of the war some six months later.

“No series of events so deeply wounded, scared, changed and transformed our country as the First World War,” Dr Nelson said.

“We went away with a degree of naive optimism, and we emerged four years later victorious, but deeply, deeply divided, and inconsolably mourning 62,000 dead.

“We are different country today from what we were then, but … whether you arrived in Australia to take citizenship three years ago, or whether you were born here 90 years ago, this is our story.”

For more information about the Memorial’s five-week commemorative program marking the centenary of the Armistice visit the events page.