The Black Prince of Gallipoli

While working at the Australian War Memorial to support and promote an interest in the history of Aboriginal and Torres Strait Islanders servicemen and servicewomen, an exceptional story has come across my desk. While it contains the familiar themes of hidden heritage, and the difficulty of navigating of social norms and government policy within the young nation of Australia, the remarkable achievements of the protagonist and the questions posed by the story render it unique.

The curious epithet of "Black Prince" was given to Charles Melbourne Johnston at Gallipoli, according to the oral history passed down through two branches of the Johnston family:  Rachel Hindle (née Johnston, Charles' sister), and Ian Wyllie Johnston, Charles' son, whose own nickname (bestowed on him by his uncle, the late Hon Hugh Stevenson Robertson) was "the Black".

According to Peter Wyllie Johnston, Ian referred to his father as "the Black Prince". At the time it was unclear whether the epithet was bestowed because of Charles' dark features, his strong leadership qualities and heroism on the field, or some other reason. “Uncle Ian sometimes conveyed a sense of something 'mysterious' in relation to his father's heritage, without ever explicitly stating that he believed there was Indigenous heritage in our family.”

This story has been written with the assistance of family members Andy Johnston and Peter Wyllie Johnston in the interests of furthering the knowledge and awareness of the wartime contribution of people of Aboriginal and Torres Strait Islander heritage.

Charles Melbourne Johnston was born on 12 May 1892 in South Melbourne, the son of Adolf Charles Johnston, a Swedish-born engineer, and his wife Bertha Selvince Taglinoi Mignonneete (née Turner) from South Australia. He attended Melbourne Church of England Grammar School in 1907–1911 and at the outbreak of war in 1914 was studying law.

With his military experience as an officer with the Melbourne Grammar Volunteer School Cadets and the Citizens Military Forces, Johnston was commissioned in December 1914 as a second lieutenant. He was seconded to the Australian Imperial Force (AIF) on 16 April 1915 as an officer, and embarked from Brisbane with reinforcements for the 15th Battalion that very day. After reporting for duty on Gallipoli in early June, Johnston leadership qualities were noted. On 13 September he was made temporary captain and given command of C Company to replace a wounded colleague. He remained in this role until the 15th Battalion was evacuated from Gallipoli in December 1915. In Egypt, the AIF went through a period of expansion and reorganisation. Johnston remained with the 15th Battalion, and his rank as captain was confirmed. 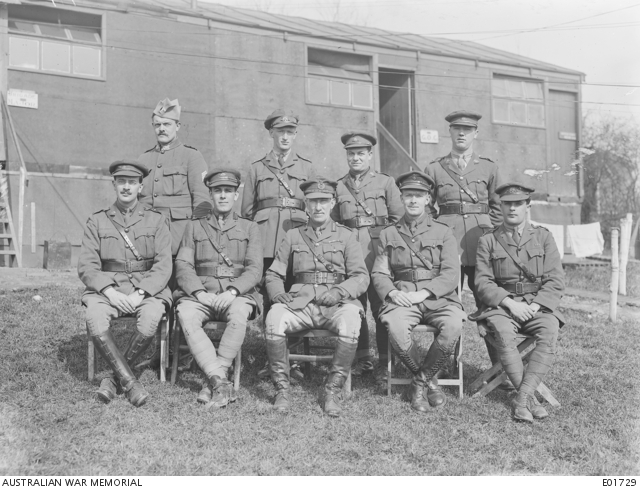 Captain Johnston embarked for France on 31 May 1916 and within a few months he was again promoted, this time to major, retaining command of his company. By the end of the year, Johnston had been promoted to Brigade Major of the 4th Brigade, under the command of Major General William Holmes. He retained this post until February 1918, despite being seriously wounded at Messines on 6 July 1917 when a stray shell landed in the mess tent, killing one man and seriously wounding others. 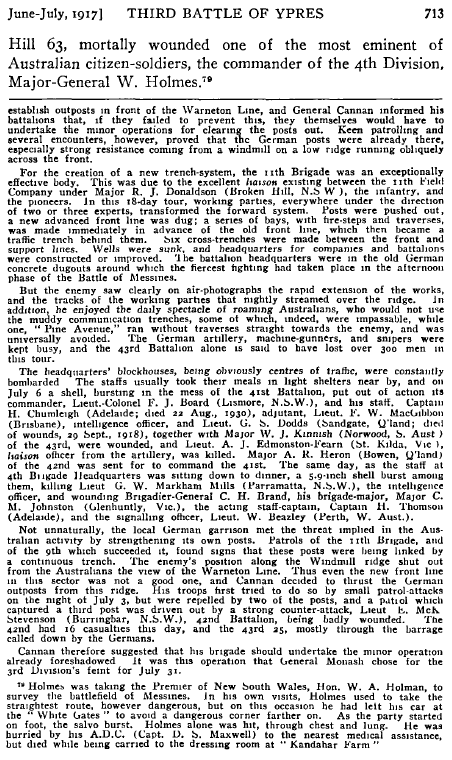 From February to June 1918 Johnston served with the 14th Battalion, first as commanding officer and then as second-in-command. On 1 July, he was appointed to command the 45th Battalion. During this time he took part in the battles of Hamel and Amiens. 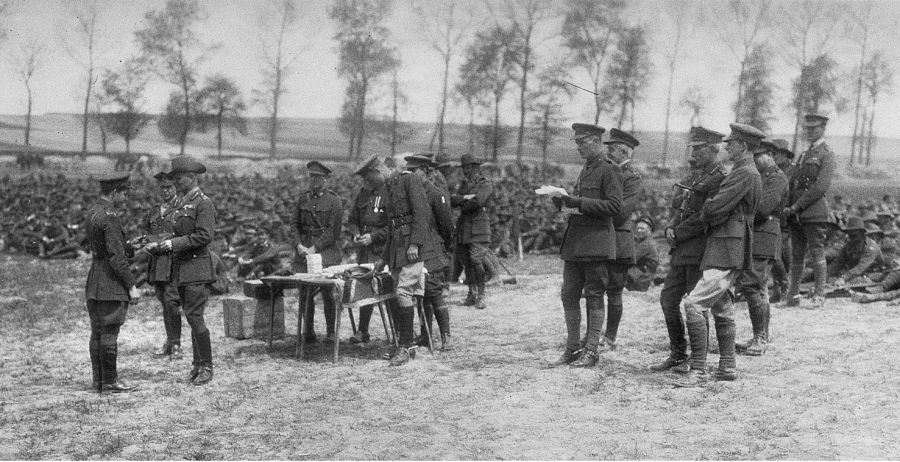 General Sir William Riddell Birdwood decorating an officer for bravery in the first attack on the Hindenburg Line. The ceremony took place at Ribemont. Major C M Johnston DSO, 15th Battalion, stands on the far right up the back. Mr C E W Bean, Australian Official Correspondent is a few rows in front of him (wearing light coloured pants). C.E.W. Bean, Official History of Australia in the War of 1914-18. Volume VI: The Australian Imperial Force in France During the Allied Offensive, 1918. (Australia: Angus and Robertson Ltd, 1942). p. 598- a telegraph sent by Johnston and a brief description of him (units served in, place and date of birth and death) in the footnote.

Johnston returned to the 15th Battalion in September 1918 and was in command during what he regarded as “the 15th’s last fight, and their best”, when an outpost of the Hindenburg Line was taken on 18 September. On 21 October 1918 his rank of lieutenant-colonel was made substantive, and he retained his command until the 15th Battalion was disbanded in March 1919.

Johnston embarked for Australia on 9 July 1919, in charge of troops on the Prinz Ludwig, and on 13 November 1919 his appointment ended. His war service as an infantry officer was outstanding. He had risen through the ranks and by the age of 26 had commanded battalions in action with distinction. In recognition of his dedication and bravery he was awarded the Distinguished Service Order and mentioned in dispatches three times. 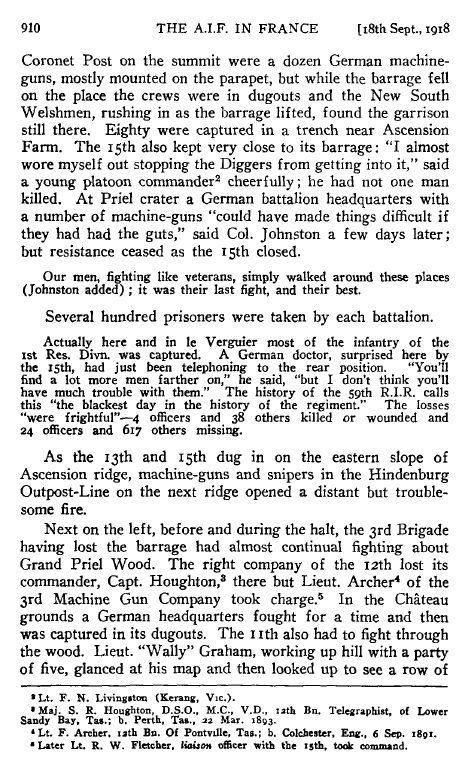 After the war, Johnston returned to his home in Melbourne and became a manufacturer. Charles died on 10 April 1941 at the age of 49 years. He was buried in Box Hill cemetery. Major General Charles Henry Brand, one of his wartime brigade commanders, was a pallbearer at his funeral.

For many years, the Aboriginal heritage of the Johnston family was known only to family members.

A Spanish background maybe founded in some truth with a possible linkage to Bertha’s non-indigenous grandfather that may have a Spanish heritage, this could be why Spanish was highlighted by Charles Johnston’s mother, Bertha, having her surname (“Turner”) enhanced with “Selvince Taglinoi Mignonneete”; and her daughter given the overtly Spanish name of Carmen. This use of Spanish heritage appears to coincide with the implementation of the White Australia Policy in Australia. Along with the Anglicisation of Charles’s father’s surname – from “Johansen” to “Johnston” – it indicates the extent of measures taken by the family in order to be accepted within business and social circles in Melbourne. This is also an insight into the assimilation of Maria and her sister Annie after they were adopted by agreement of Mingboaram and Mrs Christine Smith and is documented in the efforts to Christianise and civilise the wards.

When later generations asked why this deception was necessary, they received the same answer that so many before them have heard: hiding Aboriginal heritage was “a necessary evil” and “a sign of the times” – “it’s just what you did”.

Keen family historian and dedicated researcher Andy Johnston brought the story of Charles Johnston to my attention after some prompting by her cousin Megan. Using the information available to genealogical researchers, she had dismissed the Spanish subterfuge and engaged in the pursuit of authentic origins. By this time, the only work left was to join the dots and draw up the following family tree: 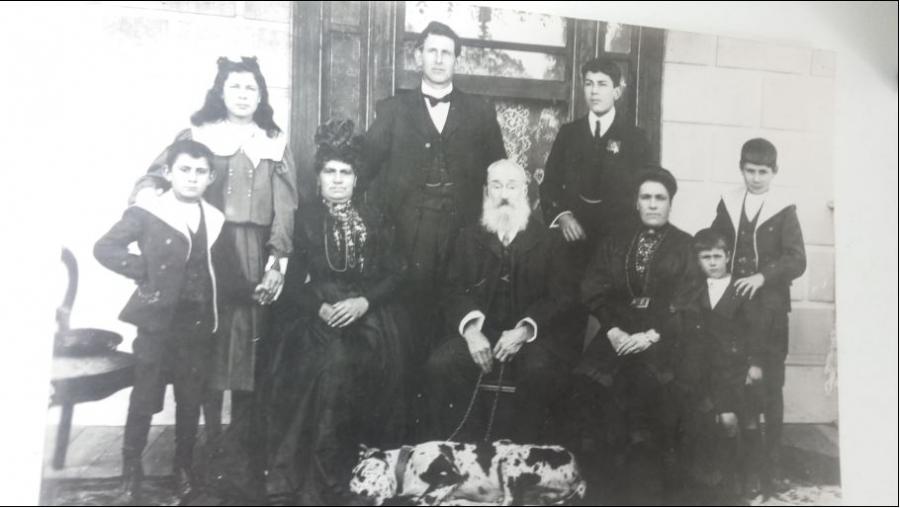 With recognition of the heritage of Charles Melbourne Johnston DSO comes the addition of his name to the Memorial’s First World War Indigenous service list. His achievements should be recognised as the action of Australian soldier,

The social and community politics relating to this recognition will be determined by those families and communities involved.

This is but one of the many stories to be told by the Australian War Memorial. While for some its implications may be profound and far reaching, for others it may simply be read and forgotten. It is my hope that, as the truth of the Aboriginal and Torres Strait Islander history of the Australian nation is uncovered and shared, these truths will come to inform the present and guide the future.

Michael Bell is a Ngunnawal/Gomeroi man and is Indigenous Liaison Officer at the Australian War Memorial. He is trying to identify and research the contribution and service of any person of Aboriginal and Torres Strait Islander descent who has served, or is currently serving, or has any military experience and/or contributed to the war effort.

He would like to get further details of the military history of all of these people and their families.

Michael can be contacted on Michael.Bell@awm.gov.au

Sources:
Descriptions of the early life of Mingboaram, Maria, and Annie, and their daughters can be found in the publications and journals of Mrs James Smith (1880, 1865).