“We were just madly in love” 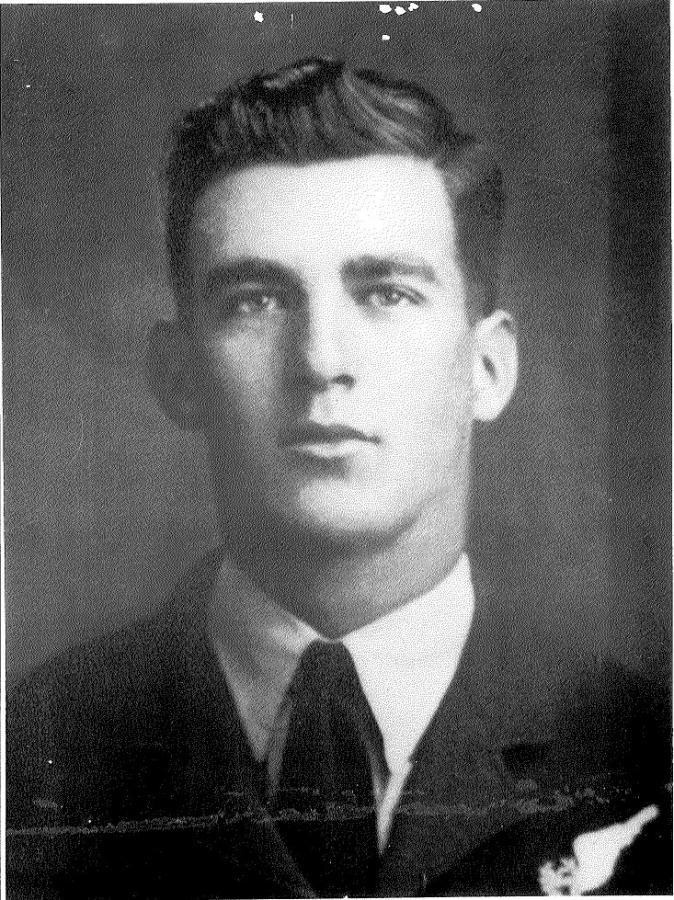 Bonnie Carey fainted when she read the telegram.

It was 1944, and her fiancé, 19-year-old Flight Sergeant Raymond Yabsley, was missing. His plane had disappeared over the North Sea and she would never see him again.

Bonnie, now 95, remembers the last time she saw him as if it were yesterday.

“We were just madly in love,” she said.

“He came to my place to tell me that he was on his final leave, and that they were about to go.

“When we said goodbye, I had this terrible feeling, and I ran down the street after him.

“I remember I said to him, ‘Just give me a hug, and kiss me one last time, I’ve got this terrible feeling,’ and he said, ‘Don’t worry about that; I’ll be back before you even know I’ve gone,’ but he never came home.”

Ray was reported missing, believed killed, after his plane disappeared off the east coast of Scotland during a training exercise on 28 August 1944. Bonnie’s life would never be the same again.

“I thought he was wonderful, and I just loved him to death,” she said.

“I wrote every day to him, and he wrote every day to me. The day that he was killed he had started writing a letter to me when they got called out. He said, ‘I’ll finish this when I get back,’ but of course, they never got back, and one of his mates finished it, and sent it to me.” 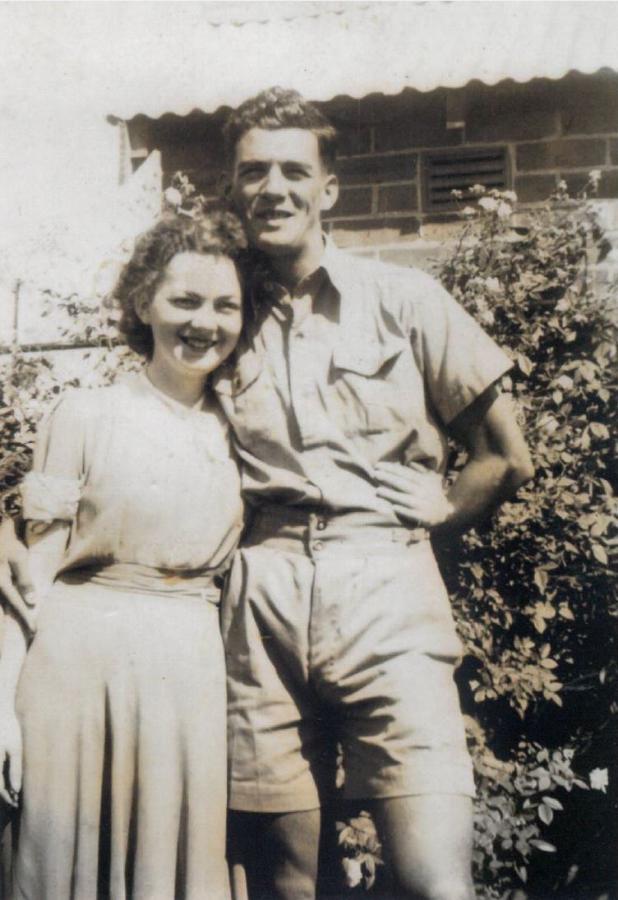 The pair first met when they worked together at the Service Box Company factory in Sydney’s Redfern.

“I never believed in love at first sight, but it was with us,” she said.

“I’d started work at Service Box as a machinist and he was a mechanic there and we just clicked straight away.

“When he came to show me how to work the machine we got talking, and then he came back a few times to see if I was going all right. I wasn’t used to big, heavy machines like that, and when the day was over, and I bundied off, and walked out the door, I saw him standing on the footpath. I thought to myself then, ‘I’d love it if he’s waiting for me,’ and I got a surprise when he walked over and said, ‘I’m going your way, can I walk with you?’

“From then on, we used to meet and go to work together, and we just kept together all the time.

“We never had a lot of money, of course – the basic wage was about three pounds or something like that, and I used to get about 30 shillings a week – so we used to go and get an ice cream on the way home from work, or go for a visit to Manly, or go to see the pictures. 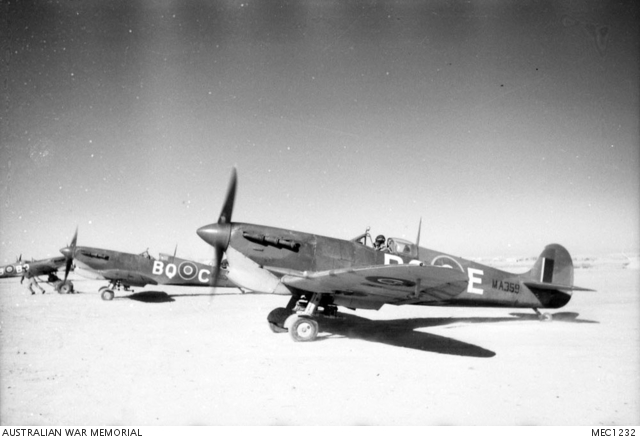 “He was a very good conversationalist and he made you laugh. He wasn’t overbearing or anything like that. He was a real gentleman, and he was mad about model planes. He used to make them all the time, and he’d have them hanging from his bedroom ceiling.”

He would tell Bonnie about the different planes that he had made, and how he wanted to fly Spitfires. He even made a model of the fighter plane for her. 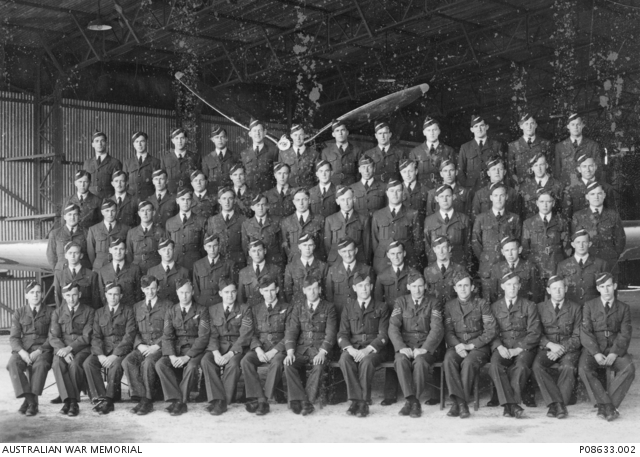 Group portrait of members of 35 Course, Wireless Air Gunners and Air Gunners, No 2 Bombing and Air Gunnery School, in front of a Fairey Battle aircraft. 1943. Raymond is back row, fifth from the left.

It was no surprise then when he joined the Air Training Corps in April 1942 and applied to be in air crew.

“He always talked about it,” Bonnie said. “He said all the time, ‘As soon as I turn 18, I’m in the air force,’ and that’s what he did. He couldn’t wait, and I said to him, ‘Why don’t you go in the ground staff? You’ve got a chance of never coming home.’ But no, he had to be in the air crew, and that was his choice.”

Ray enlisted in the Royal Australian Air Force in December 1942, and began training as a wireless air gunner. He embarked for overseas service in late November 1943, visiting Bonnie at home the night before he left.

“He would have liked to have got married before he went, but because we were so young, my mother wouldn’t agree to it,” Bonnie said.  “She said because he was going away we could become engaged if we wanted to; so we became engaged and made up our minds that we’d get married as soon as he came home.”

Ray kept a diary, writing in it about his journey to the UK and then his experiences in London. He wrote of seeing the damage done to London during the Blitz, going on route marches, and watching shows at the Windmill Theatre.

He also wrote to Bonnie every day, telling her about being billeted in Brighton, going ice-skating, and climbing Mt Snowdon.

When he was transferred to 19 Operational Training Unit at RAF Kinloss in the north-east of Scotland, he wrote to her of the places he visited and the people he met. 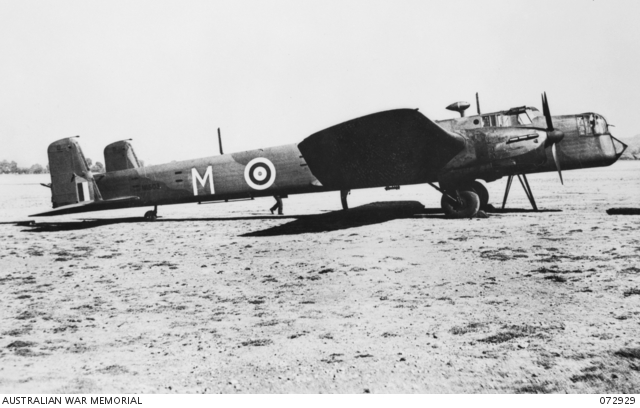 Then, on the night of the 27th of August 1944, disaster struck. Ray was the wireless air gunner on a twin-engined Whitley medium bomber carrying out bombing, cross country, and air firing operational training exercises. The crew had completed the bombing exercise, before carrying on with the cross country exercise. Communication with the aircraft continued until about 2:30 am on the 28th of August. Nothing further was heard from the aircraft, and it did not return to base. Searches were carried out over the following days, but no trace of the missing aircraft or crew members was ever found.  It is believed the plane crashed into the North Sea off the east coast of Scotland. The crew members were all listed as missing presumed dead.

The last entry in his diary read, “I have just started writing a letter to Bonnie, we have just been called out, will finish it when we get back.”

Bonnie was left devastated by the news. The daughter of a First World War veteran, she knew all too well about the reality of war and how it changed people’s lives. Her father, Herbert Causer, had served on Gallipoli and the Western Front with his four brothers, and was lucky to make it home. He had been wounded in France and was evacuated to England to recuperate. Her father told her it was like being in heaven for a few weeks before having to return to hell. He volunteered again during the Second World War and was one of the wardens in Sydney when Ray’s plane disappeared.

Bonnie had just finished work at the Service Box factory when she learnt Ray was missing.

“I came home from work and there was a telegram,” she said. “When I opened it, it just said, sorry to say your fiancé is missing…

“I don’t remember passing out, but when I read it I passed out, and when I came to, I was on the kitchen floor. Poor old mum was down on the floor with me with a wet flannel, and all the water was running down my neck. I went crook at her and said what are you doing and she said I’d passed out. It was such a shock.”

It was 12 months before Ray was declared missing, presumed dead. 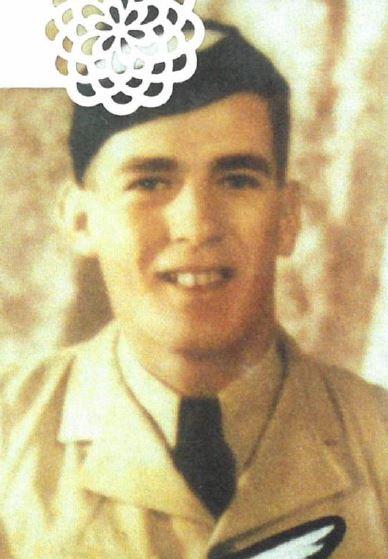 Ray kept a diary about his experiences. Photo Courtesy of Bonnie Carey.

“His mother came down to tell me [but] I already knew,” she said. “It was awful for her too and when his things came back it was really hard for everyone.

“He’d bought a radio while he was in England, and he said it would look terrific in our kitchen when we got married, but it wasn’t to be, and that came back with his things too.

“We all lived in hope, and I remember when the war ended, everybody went into town celebrating, but I just cried all the time and I got on the train and went home. I couldn’t see anything to celebrate. I know it was a bit selfish to feel that way, but I couldn’t help it.”

Bonnie kept in touch with Ray’s family after the war, and eventually married her friend Jack Carey. Jack had worked with Ray and Bonnie at the Service Box factory and served with the army in New Guinea. They had been married for 52 years when he died.

A few years later, Bonnie was reunited with Ray’s elder brother, Tom.  He had lost his wife too and the pair became good friends, eventually marrying. They were married for eight years when he died.

But Bonnie never forgot her first love. She treasures the photographs she has, and still wears the ring that he gave her.

“I pray for him every morning and every night, and I still think about him,” she said.

“I have an album which I call my secret garden, and when I was sad I used to go and look through it.

“I often think about it, and I wonder how things would have turned out if things had been different.”

She was stunned to see footage of him in a television documentary on the ABC six decades after he disappeared.

“I was watching a show on television about Bomber Command,” she said. “It showed the airfields in England, and I saw Raymond marching along, as large as life, after 60 years.

“It was the film that had been taken after they landed in England. I could hardly believe it. I wrote a little bit about it, and they put it in the Veterans’ Affairs paper, and you wouldn’t believe how many letters I got from different airmen who read it and knew him. It was just one of those things.” 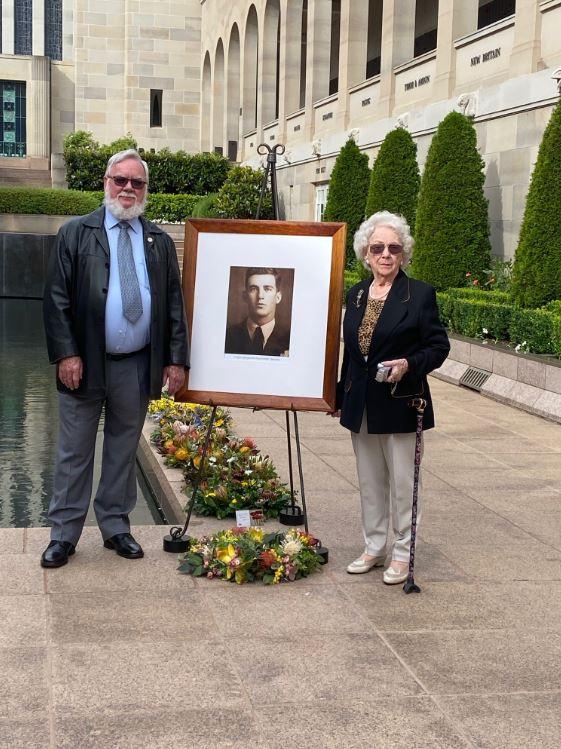 Bonnie at the Last Post Ceremony for Raymond Yabsley. 2 December 2020. 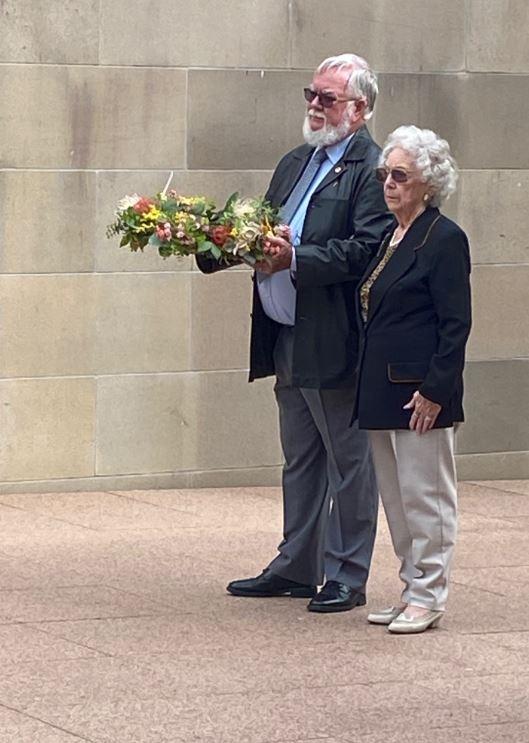 Bonnie treasures the photographs she has of Ray and still wears the ring that he gave her.

Today, Raymond Yabsley and the crew of Whitley Z6739 are commemorated on the Air Forces Memorial at Runneymede, which lists the names of more than 20,000 Air Force personnel who were lost during the Second World War, flying from bases in the UK and North and Western Europe, and who have no known graves.

His name is also listed on the Roll of Honour at the Australian War Memorial. Bonnie laid a wreath in his honour at a Last Post Ceremony commemorating his life just a few days before her 95th birthday.

“It was very special for me,” she said.

“I’ve known for years that he would never come back, but you have it in your heart all the time that they just might …

“I’ve mourned him for 76 years, and because he was missing, believed killed, and his body was never found, all the time you are wondering. Have they lost their memory?  Were they picked up and taken to a prisoner of war camp? Or are they alive in another country?

“You don’t know, and I just felt after all those years, at the service, that at least I feel now that he’s gone.

“It felt like I was at his funeral, and that he was gone at last, and since I’ve been home, I just feel now that it’s ended.

“It was absolutely beautiful. You couldn’t wish for anything more.”