Freedom will appear as an earthly paradise 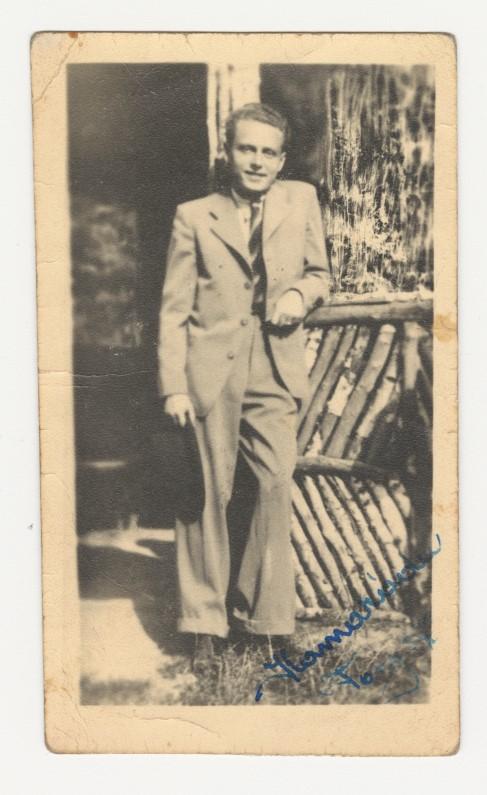 Australia has become home to around 27,000 Holocaust survivors since the conclusion of the Second World War. Many resettled here after enduring the genocidal horrors of the Third Reich in Germany and occupied Europe, bringing with them powerful stories of suffering, survival and hope.

Antonin Horcicka, Dachau Concentration Camp escapee, reveals the story of his experiences throughout the war and the post-war period in his collection of letters, official records, photographs, articles and personal items held at the Australian War Memorial. 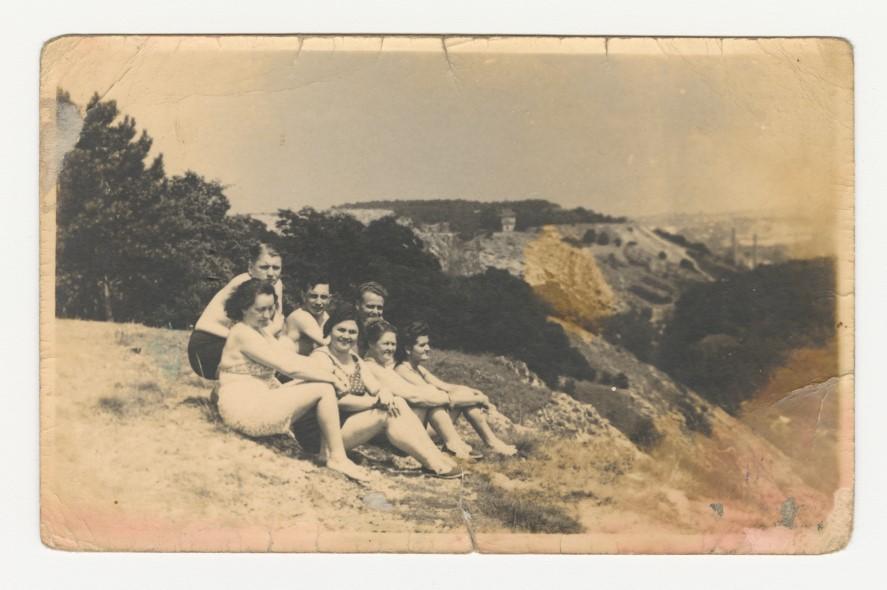 Antonin Horcicka and his wife Anna Horcicka, pictured on the far right

Antonin and his wife Anna were living in Prague and expecting a baby before the outbreak of war. Antonin was a member of the Czech Army; but with the growing dangers in Europe, the couple decided to flee to Yugoslavia, hoping to secure safe passage through to America.  While in Yugoslavia the couple befriended an official and openly shared their anti-fascist views and plans for escape. The official reported them to the Gestapo and Horcicka was found guilty of voicing opposition to Adolf Hitler’s regime. His imprisonment as a political prisoner was assisted by the SS and he was sent to Dachau, separated from Anna who was sent back to Prague. 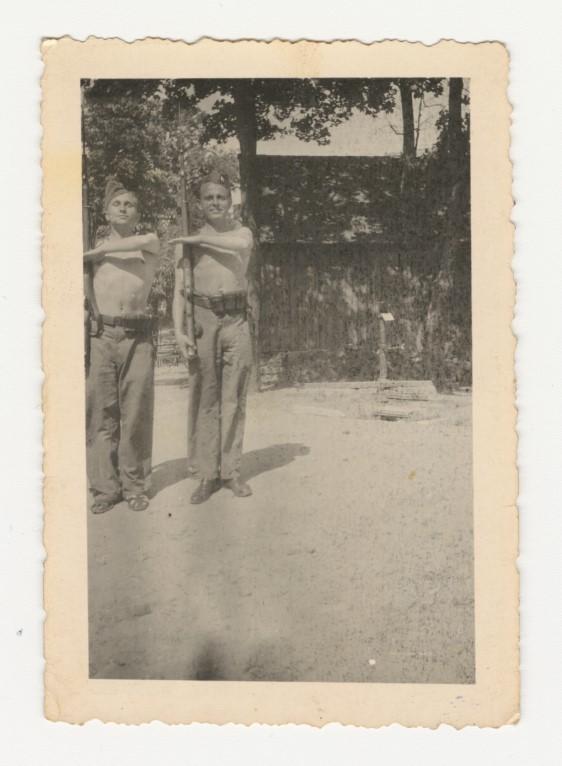 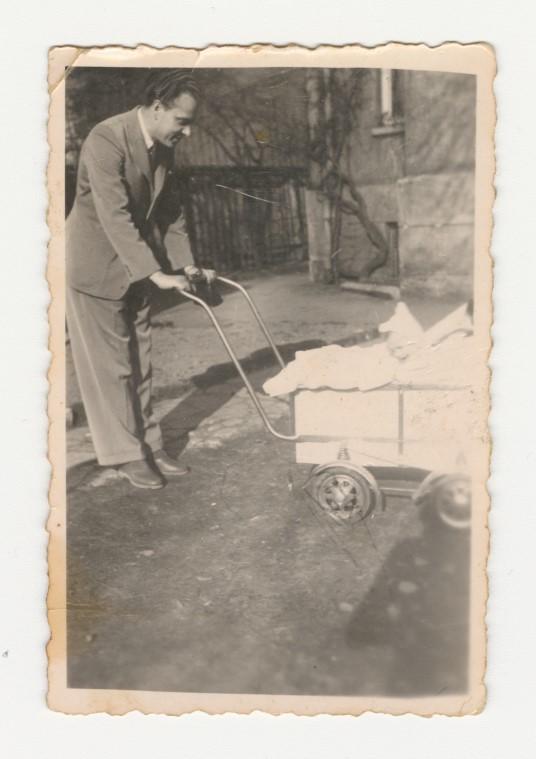 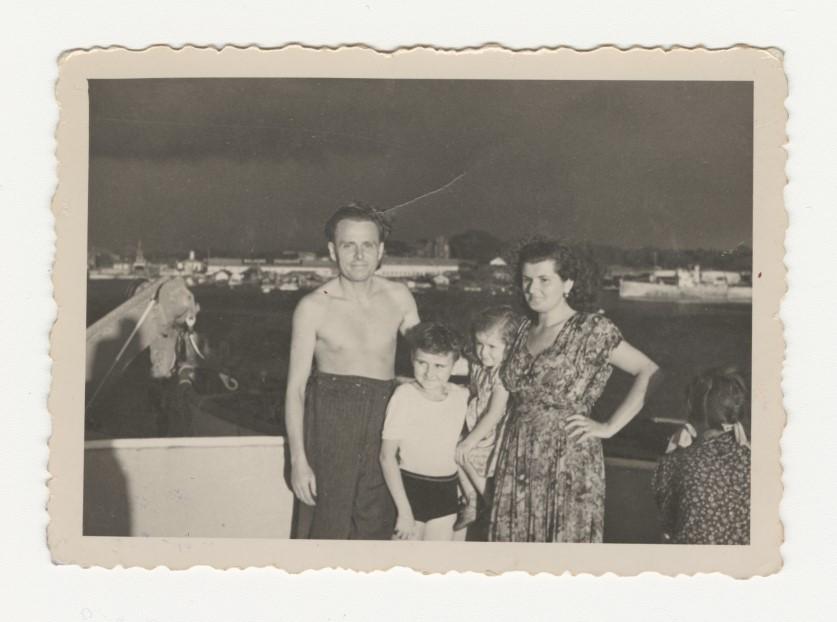 Antonin and Anna Horcicka with their children Lubos and Jana

Years later Horcicka described his experiences at Dachau to a Sydney newspaper. He recalled that the truck which transported him to Dachau carried 116 prisoners and was so overcrowded that when they arrived at Dachau only 48 passengers were still alive. As soon as they left the truck, the physical and psychological terror inflicted by the SS guards began. Violent beatings were common and Horcicka had scars on his face for the rest of his life from this first day of internment.

Winter was the bleakest time in the camp, with guards removing windows from prisoner’s quarters and leaving many to freeze to death overnight in order to help meet their death quotas.

A man we called the Red Devil was in charge of us, he was very brutal and cruel to the prisoners. We were drilled and drilled, you would never see a better military formation anywhere. We were scared of doing anything wrong because of all the kicks. 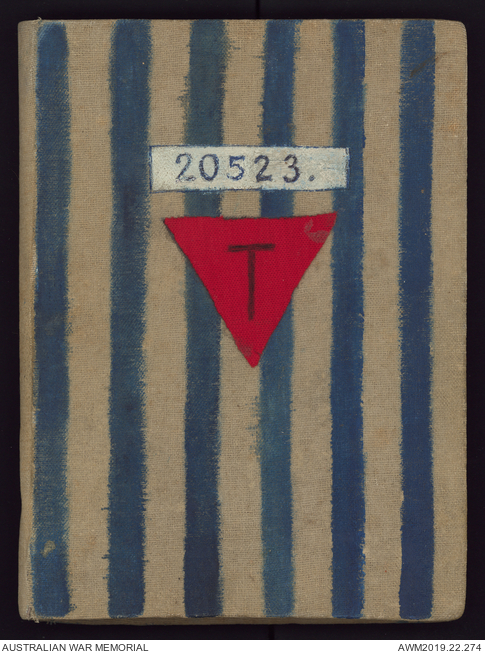 A scrapbook created by Antonin Horcicka. The blue stripes represent the uniform of Dachau Concentration Camp prisoners and Horcicka has marked the cover with his prisoner number 20523

Horcicka found ways to survive, cultivating relationships based on mutual benefit with camp guards and using his resourcefulness to recycle any useful scrap material he could find.

In camp I was called the Mechanic because I was able to organise things for people’s needs.

One particular guard aided his survival by turning a blind eye to theft from the officers’ kitchen in exchange for a share of the food. This behaviour spread among other SS guards at the camp, but occasionally Horcicka was caught stealing by other authorities and punished so severely that on two occasions he was pronounced dead. 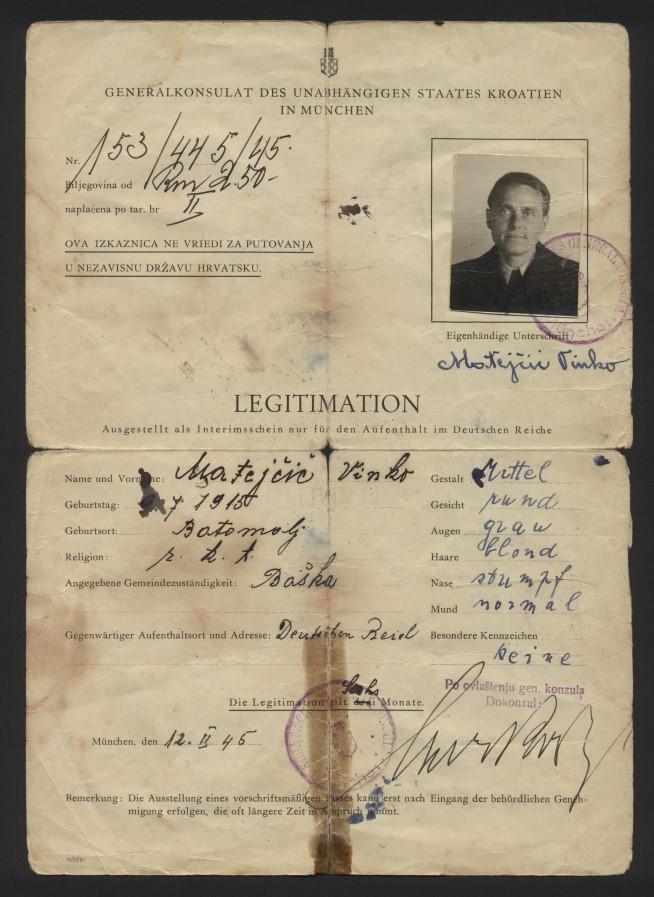 Horcicka’s resourcefulness would finally equip him with the means necessary to escape Dachau. For a price, he obtained forged papers and civilian clothing. He and a fellow prisoner made a bid for escape under the cover of an Allied air raid while most guards were seeking safety in the bunkers.

When the air raid began, the pair made their way through the camp and almost reached the perimeter undetected. One SS guard saw them escaping but this time Horcicka was extraordinarily lucky and the guard, unperturbed by their attempt, wished the men well on their journey.  A week later they came into contact with Allied troops and found their freedom. Soon after, Germany had surrendered to the Allies and Dachau was liberated.

After enduring four and a half years of internment, Antonin Horcicka was reunited with Anna and their child Lubos. They moved to Australia in 1950, settling in Sydney. 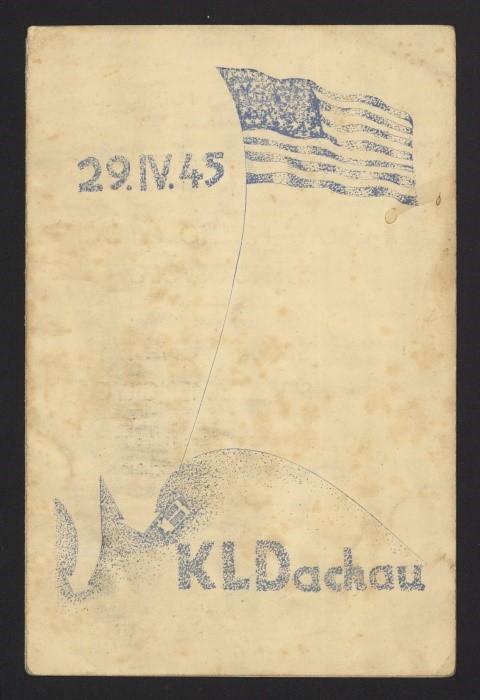 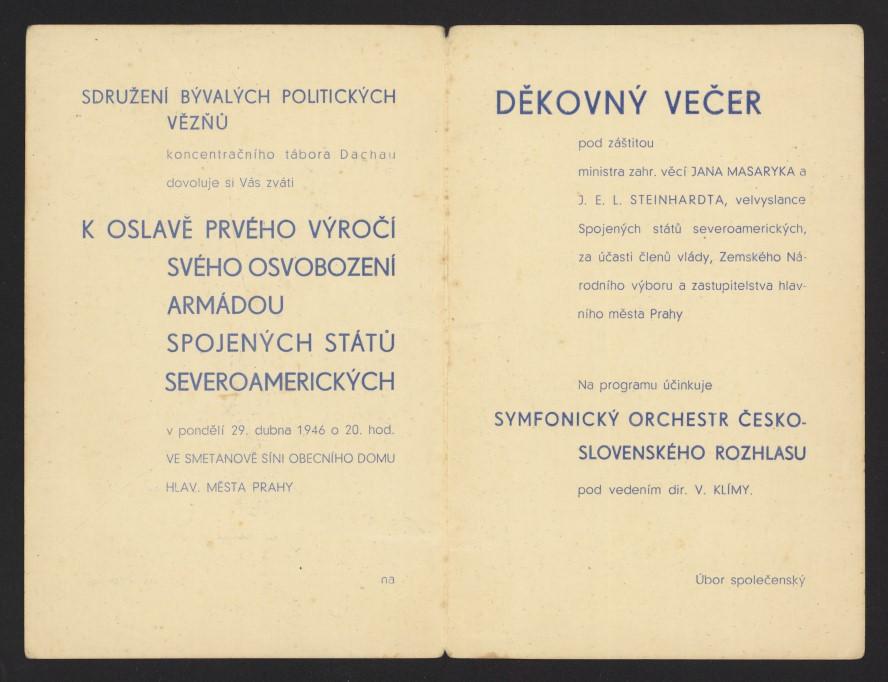 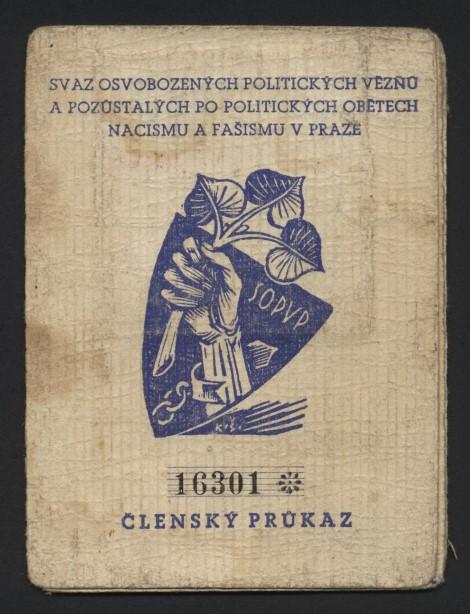 A membership card for The Union of Liberated Political Prisoners and Affected Political Victims of Nazism and Fascism in Prague, issued to Antonin Horcicka

A membership card for The Union of Liberated Political Prisoners and Affected Political Victims of Nazism and Fascism in Prague, issued to Antonin Horcicka 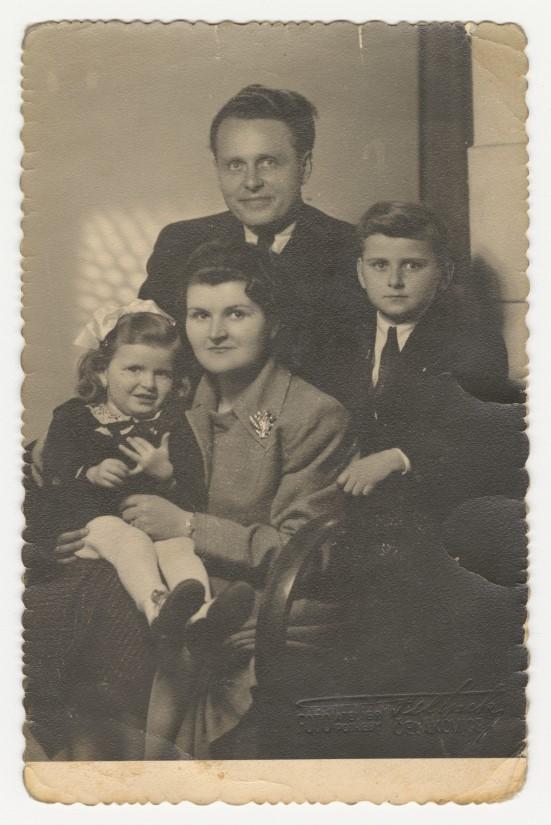 The collection held by the Memorial contains letters sent to Horcicka by friends and fellow concentration camp survivors. They speak of the horrors endured during the war and losing their best years to internment, but they also contain hope for the years ahead spent in freedom and reinforce the endurance and strength of friendship.

Freedom, cherished freedom! Now that we wait with impatience after so many years… Yes! The freedom which eluded us for so long, will come back again.

It will be a hundred times sweeter this time, more joyous than before, because after having met with countless hardships in this dreaded convicts’ prison, that freedom will appear as an earthly paradise.

Excerpt from a letter written by Jean de la Lune to Antonin Horcicka. 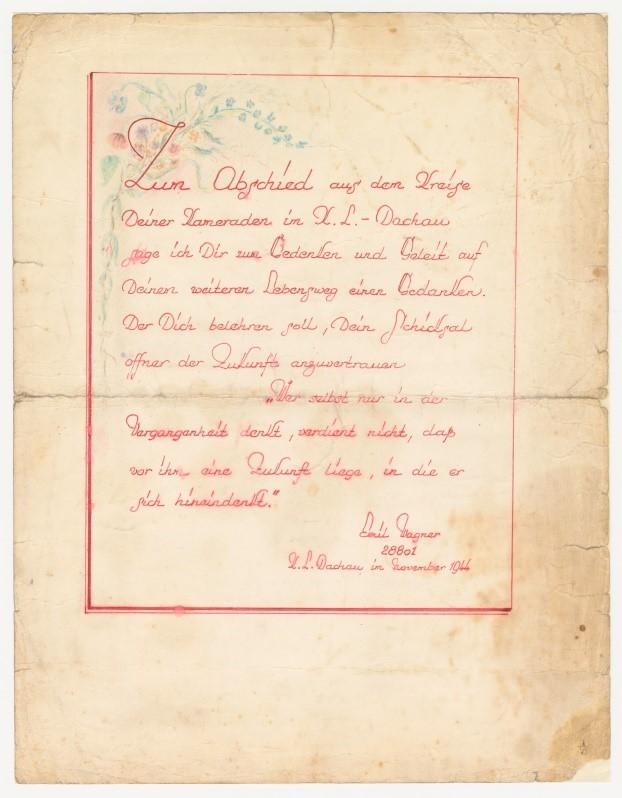