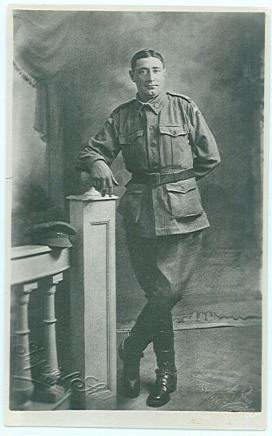 Edward Randolph Cleaver joined the 4th Australian Light Horse Regiment in August 1914. He was the first man from Sale, Victoria to enlist. He was 29 years of age and a master butcher by trade. He had been a member of the 10th Australian Light Horse since 1910.  On the 1 November 1914, after a couple of months of training at Broadmeadows, he set sail from Albany in Western Australia on the HMAT Wiltshire arriving in Alexandria, Egypt on 11 December 1914.

HMAT Wiltshire was one of the ships of the First Contingent to carry Australian and New Zealand forces to Europe. The troops were moved as a convoy due to reports of German armed cruisers lurking along the transport routes. The troopships sailed unprotected to Albany and from there moved out in one large convoy across the Indian Ocean on 19 October 1914. The light cruisers HMAS Sydney and Melbourne formed part of the armed escort. The convoy travelled under a cloak of darkness with just a hooded stern light and no radio. The voyage of the First Contingent was not without incident. 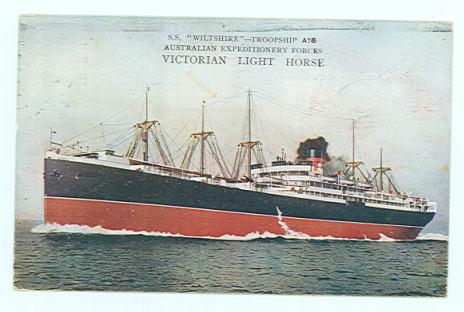 Thirty six hours outside of the Cocos Islands a signal was received from the Cocos Station “S.O.S. strange warship approaching”. HMAS Sydney left the convoy and headed towards the Cocos Islands to investigate. The whole fleet saw the Sydney leave at full speed to engage a ship of the enemy.  At 10.45 am a wireless message arrived from the Sydney “Am briskly engaging the enemy” and at 11.10 am came a signal from the Sydney that the SMS Emden was “beached and done for”. News spread quickly on the troopships, there was a great deal of pride that an Australian ship had achieved this and Cleaver and the rest of the troops on board were given a half day holiday. 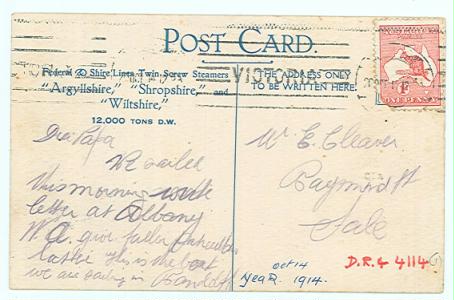 Trooper Cleaver with his Regiment saw service at Gallipoli. The 4th Light Horse Regiment left the peninsula on the 15th December 1915. The Regiment returned to Egypt but was reduced to two squadrons. One squadron was sent to France and those who remained in Egypt were attached for some time to an Imperial Service brigade, patrolling against Turkish spies on the Egyptian side of the Suez Canal. In April 1917 the 4th moved out into the Sinai desert and continued to undertake security duties. In June 1917 Cleaver wrote home comparing his life in the desert to when he was on Gallipoli.

. . . it is not near so bad as Gallipoli as the enemy was always firing shells & bullets at you day & night, as it is now we have our horses to get away from them when ever we wish and we can hear the shells bursting away in the distance which makes it more comfortable when you know you are safe and sound from the. . .

These photographs that were sent home by Cleaver show his life in the desert. [These photographs are very small and will open in their original size. Transcripts are available by rolling your cursor over the images.] 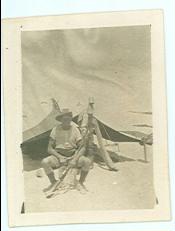 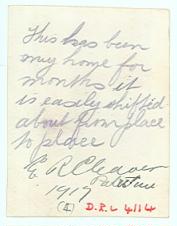 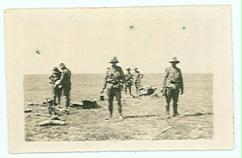 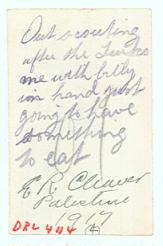 On 31 October 1917, Cleaver died from wounds received in an action that has become famous in Australian history, the charge of Beersheba. After three years of continual service with his Regiment he was fatally wounded in the battle that would make the 4th Light Horse Regiment legendary. Cleaver was in the first squadron that charged. Major James Lawson who led the charge was riding alongside Cleaver when he was hit by machine gun fire. He wrote a letter of letter of condolence to his family. The letter tells of Cleaver’s action in the charge and how he lost his life.

At Beersheba on the 31st Oct a determined resistance was being put up by the enemy about 2 miles from the town, so our brigade was ordered to take the trenches mounted. Your brother was in the first squadron that charged (led by myself) & after galloping over two trenches full of Turks we dismounted on the third & got in with the bayonet. Your poor brother was killed in the act of dismounting by machine gun fire.

The eleven men who died in the charge on 31 October 1917 are buried at Beersheba. In 1918 a small party, made a special trip from Gaza with a wagon and mules and erected the 11 crosses. The names on the crosses were painted by WO Jim French who rode with Cleaver in the charge on the 31st October. There were no paint brushes so he hand made a brush with hair that he had pulled from a mule’s mane. The photograph below is of Edward Cleaver's cross.

The Roll of Honour circular returned to the Memorial by Cleaver's sister Adeline may be viewed here. 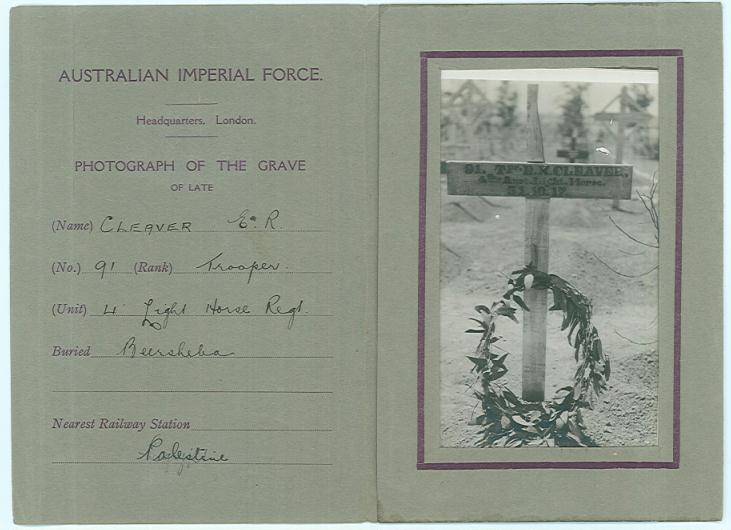