Remembering the fall of Singapore

Today marks the anniversary of the Fall of Singapore, one of the worst military disasters to befall Australia, and one of the greatest defeats in British history. 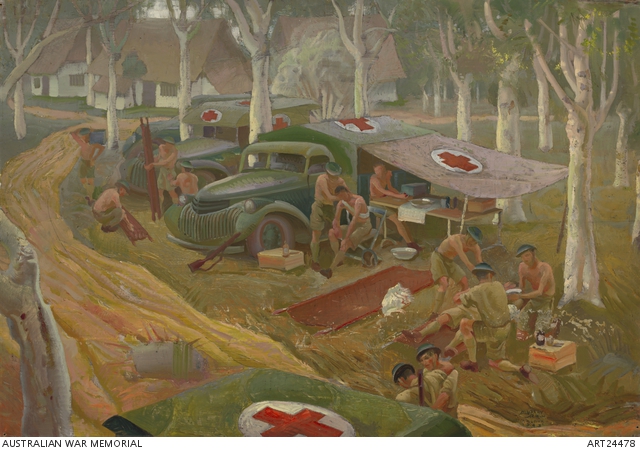 Since 1923 Singapore had been identified as the keystone of British Empire defence planning in Asia. The so-called ‘Singapore Strategy’ dictated that if a threat developed in Asia, a fleet could be sent from Britain to the new naval base in Singapore within three months. British propagandists proclaimed Singapore an ‘impregnable fortress’, but at the outbreak of the war in the Pacific the military resources required for the defence of the Malay Peninsula had not been adequately provided. With Britain’s best and most modern arms and equipment committed to Europe for the war against Nazi Germany and Fascist Italy, the defenders of Malaya were forced to make do with inadequate armour and aircraft. 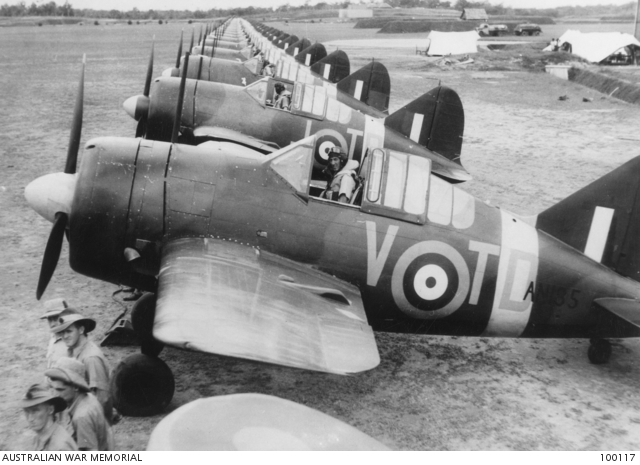 A line up of Brewster Buffalo fighter aircraft of No. 453 Squadron RAAF at Sembawang airfield

The Japanese landed on the Malaya peninsula on 8 December 1941 (the same day as the attack on Pearl Harbor, 7 December on the other side of the International Date Line). The 22nd and 27th brigades of the 8th Division of the Australian Imperial Force (AIF), based in the southern Malayan province of Johor, first encountered the Japanese in mid-January. The Australians had some success, notably the ambush by the 2/30th Battalion at Gemenceh (near Gemas) on 14 January 1942, and the destruction of eight enemy tanks at Bakri by the 4th Anti-Tank Regiment and the 2/29th Battalion. But Japanese forces were mobile, they had air support (and also controlled the sea following the sinking of HMS Prince of Wales and Repulse), and they aggressively attacked and pushed through the ill-prepared line of defenders, often outflanking them. This caused panic and confusion among senior commanders, and resulted in a series of withdrawals down the peninsula. The last British Empire troops were evacuated across the causeway from Malaya to Singapore on 31 January. 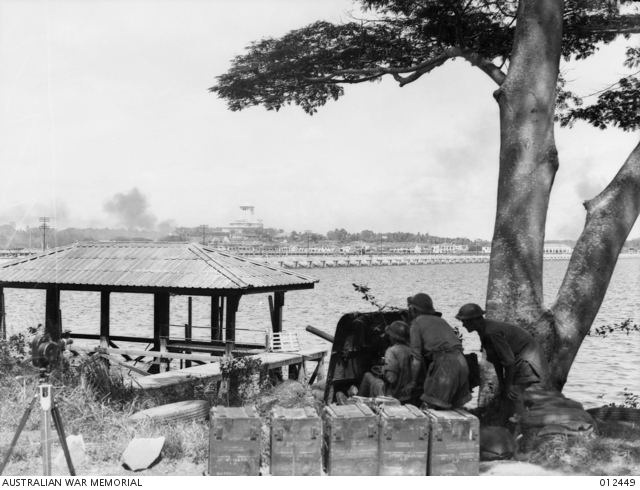 The battle for Singapore commenced on the night of 8/9 February when the Japanese landed on the northwest of the island. There the Australian 22nd and 27th Brigades were the first British Empire troops on Singapore to meet the attack. The fighting was fierce, but by 15 February the Allied forces had lost control of the island’s reservoirs. That day Lieutenant General Arthur Percival, Commander of the British Empire forces in Malaya, accepted the Japanese demand for unconditional surrender. Following the capitulation, Sergeant John Nevell wrote:

“The most lasting memory of the fall of Singapore was the terrific silence following the cease fire order. The din of firing, bombs falling and exploding and general noise of war, had become normal to us. When it suddenly ceased, the silence seemed to hurt. One felt as though he were alone in a secluded forest glade with all bird sounds and noises muted.”

Australian losses during the campaign were severe. Some battalions lost half their strength in the space of a few weeks. In one of the costliest campaigns for Australia in the Second World War, 1789 Australians were killed and 1306 were wounded. In a single week of fighting on Singapore Island, more than 880 Australians were killed. It was one of the few campaigns in which the total dead exceeded the number of wounded. 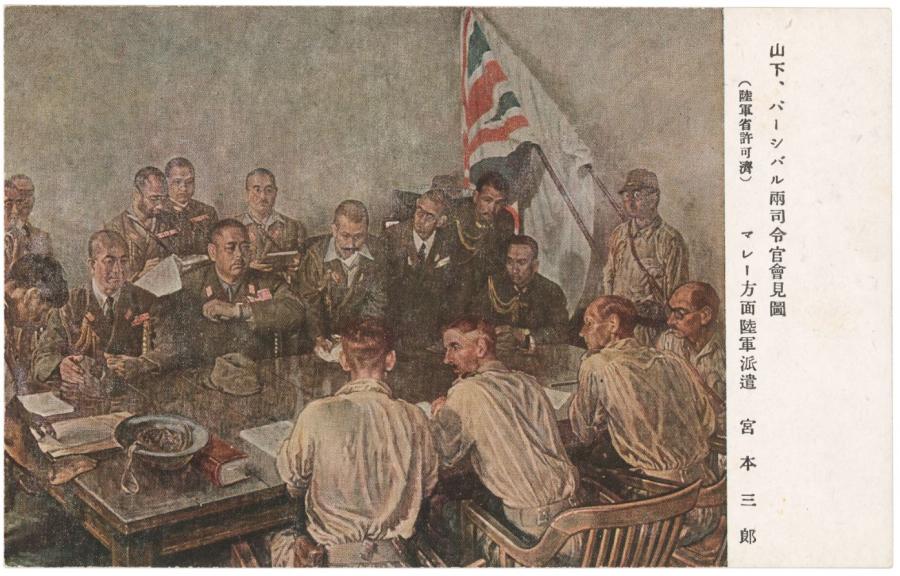 At a stroke of a pen, at a wooden table in a meeting room at Singapore’s Ford factory, 130,000 British troops, including 15,000 members of the 8th Division, became prisoners of war.

The island’s fall marked one of the darkest periods in Australian history. Within a seven-week period, 22,000 Australians (including 71 nurses from the Australian Army Nursing Service) had the misfortune to become prisoners of war. In addition, 1,500 Australian civilians – men, women and children – were captured or interned across the region. It was a time of great anxiety and suffering, not only for the prisoners but also for loved ones at home, who would have little, if any, knowledge of the fate – or even the whereabouts – of the missing troops until after the war ended. The significance of the prisoner-of-war experience to Australia’s Second World War story can be measured by the profound loss of life. One third of those captured did not survive their captivity. These losses made up half of all the combat-related deaths suffered by Australian servicemen and servicewomen during the Pacific war, and the suffering of the survivors continued long after their return home.

Lachlan Grant is a Senior Historian in the Military History Section