A ‘fine body of men’: the Kurrajongs recruitment march, January 1916

The outbreak of the First World War brought an immediate rush of volunteers wanting to serve their country.  In 1915, in the central west of New South Wales, a movement began which became known as the 'Gilgandra snowball'. Under the leadership of 'Captain Bill' Hitchen, 20 or so men who had decided to enlist started off to march to Sydney. Gathering other recruits along the way, they numbered about 300 by the time they reached Sydney. This was known as the Coo-ee March.  Their example was soon followed by other marches from around New South Wales and Queensland: the Waratahs, Kangaroos, Wallabies, Dungarees, Men from Snowy River, Kookaburras, Central West Boomerangs and North Coast Boomerangs. 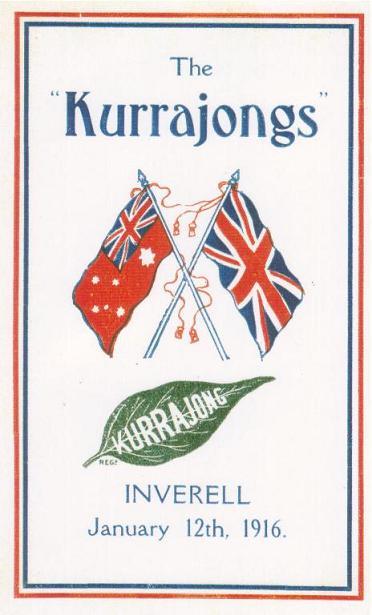 The ‘Kurrajongs’ leave for war

On 12 January 1916, 114 men left Inverell, New South Wales, to fight in the war.  This group was christened ‘The Kurrajongs’ after the hardy evergreen native trees that dotted the district.  These men were the largest group to leave a country town together for service during the First World War.

Wearing white hats and with a large banner proclaiming them  “Inverell’s 100 for the New Army”, the men marched from near the corner of Rivers and Otho Streets, to the Town Hall for the official farewell by the Mayor.  The mayor gave the official farewell, proclaiming “this is one of the proudest days in Inverell’s history”, and promised that these men would “not be forgotten in Inverell”.  Lieutenant Archibald Gilchrist, Officer in Charge of the recruits, refered to them as 'finest body of men he had handled'.  The huge procession then proceeded down to Byron Street and on to the railway station, passing shops closed for the occasion. Thousands of people stood in the streets as bands led the way. 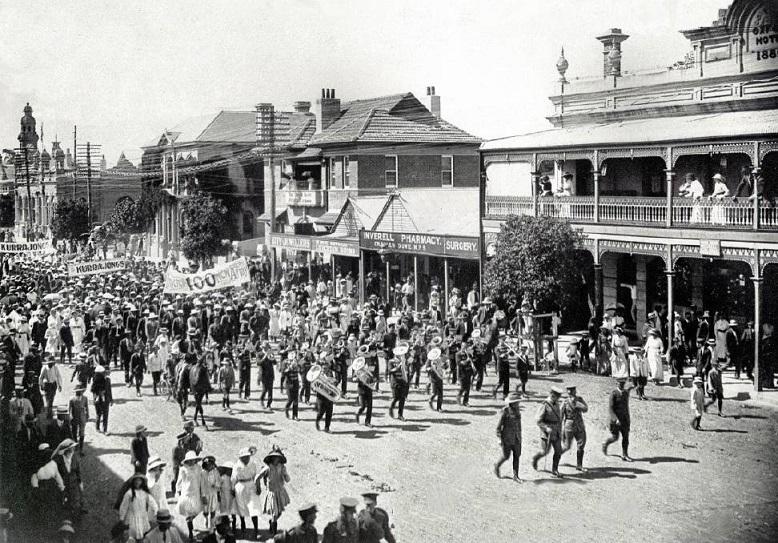 At the railway station the train had been decorated with Kurrajong leaves and flags for the occasion. A special train had been arranged to take them to the Narrabri camp. Along the way the train stopped overnight at Warialda and Moree where further rallies were held and more recruits joined the Kurrajongs. 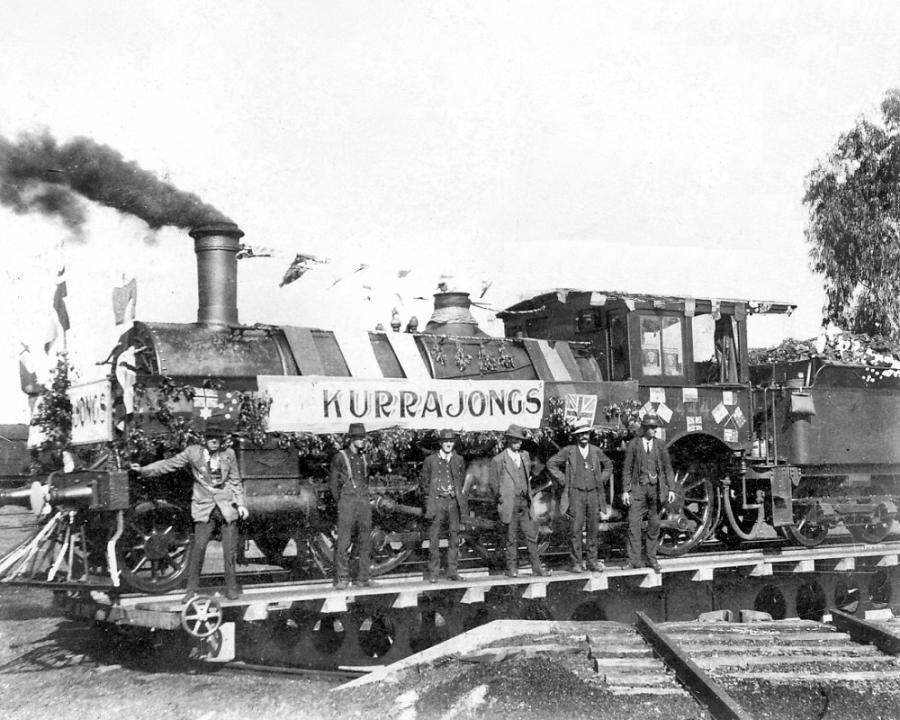 The majority of the Kurrajongs were absorbed into the 33rd Battalion AIF, known as ‘New England’s Own’, being raised in Armidale. Following their initial training in Armidale, Rutherford and England, the 33rd Battalion crossed the English Channel in November 1916 and landed in France.  In total, around 1200 men and women from the Inverell district served during the war.  Approximately one in five did not return, while many others were badly wounded or gassed. 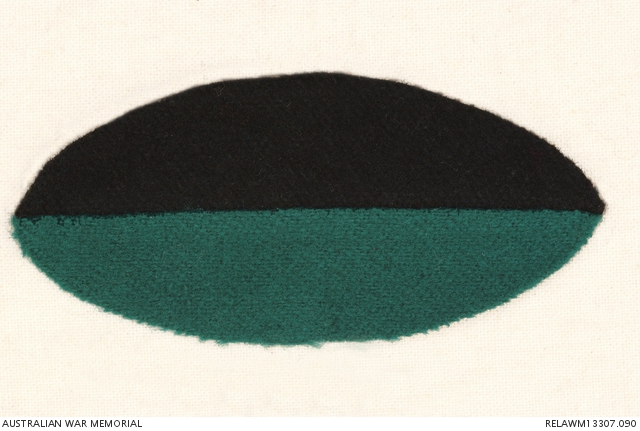 A missing Kurrajong found - the story of Alan Mather

Among those Kurrajongs who did not return was Private Alan Mather.  Mather was a 36 year old grazier from Ashford when he enlisted in January 1916 and became one of the Kurrajongs. He had previously been a member of the Inverell Light Horse for three years.

Alan served in France and Belgium where he took part in the Battle of Messines and was killed in action on 8 June 1917. As he had no known grave, his name was recorded on the Menin Gate Memorial, Belgium. 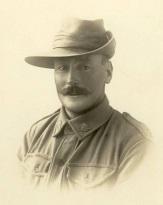 In 2008, while excavating an old trench site outside of Ploegsteert (a small town near Messines, called Plugstreet by Australian soldiers during the war who couldn’t pronounce the Flemish names), archaeologists found remains close to the surface, surrounded by battlefield debris and personal possessions: British-pattern boots, a souvenir German helmet, Australian shoulder titles, iodine ampoules, and mess kit.  Using DNA from relatives, Mather was formally identified in 2010.

Last week, the community came together again to keep the promise made by the mayor in 1916, that the men would not be forgotten in Inverell.  About 300 descendants of the Kurrajongs travelled from all parts of Australia (and even some from overseas) for commorative events, which featured the 1916 speeches made by former dignitaries recited by their contemporary counterparts as well as a re-enactment of the recruitment rally and march.

The order of the re-enacted march followed as closely as possible to that of 1916.  There was perfect weather, with great numbers in attendance and the march included NSW Mounted Police in historical costume, Light Horsemen and the Royal Australian Artillery Historical Company 18 pounder gun drawn by 4 horses. 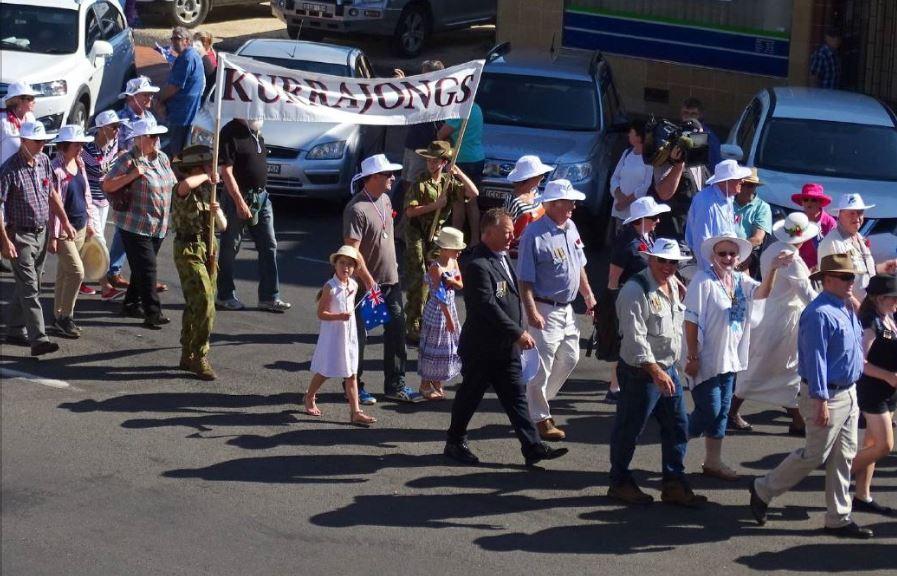 Descendants of the Kurrajongs were all given white hats to wear in honour of the hats worn in the original march.  The march ended at the Pioneer Village, at the very train station the Kurrajongs had departed from 100 years ago, where dozens of poppies knitted by locals had been 'planted' in their memory.