This year marks the 25th anniversary of the end of the Gulf war on 28 February 1991. One of the Australian vessels who served during the Gulf War was HMAS Sydney IV. On 3 December 1990 HMA ships Sydney and Brisbane arrived in the Persian Gulf to relieve the Adelaide and Darwin as part of Operation Damask. They participated in surveillance and boarding operations and after Operation Desert Storm began, Sydney was assigned to the escort screen around Task Force 154 (code named Battle Force Zulu) a carrier battle force that was part of Operation Desert Storm. 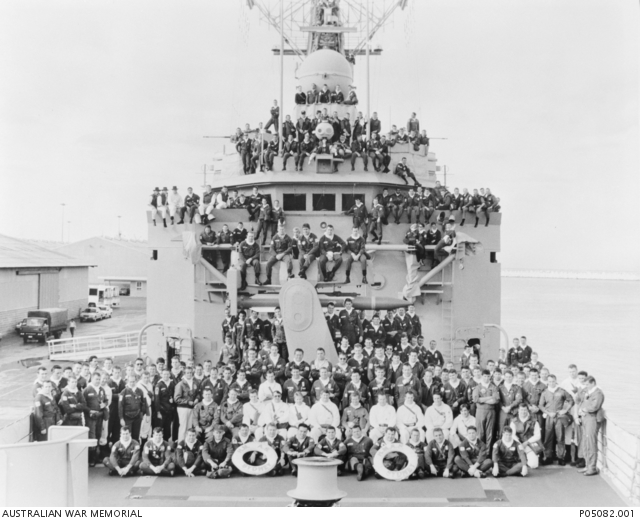 While a cease fire was announced on 28 February 1991 Sydney remained in the region for another month, not departing the area until 26 March. Coming home via Singapore, Darwin and Brisbane she reached Sydney on 22 April.

Among the items from this conflict held by the Australian War Memorial is a small collection of welcome home banners associated with HMAS Sydney. One was used when Sydney docked at Brisbane. It welcomed home an Army serviceman, Corporal Ali ‘Alex’ Khalil, made by his friends and colleagues in the Australian Army Ordnance Corps who were based there. Although a member of the Army, Kahlil served on board HMAS Sydney as an interpreter.

Another homemade banner was for Able Seaman Craig Phillips, one of Sydney’s crew members. While it has a message welcoming home all of the crew from HMAS Sydney, it features a very bright “Hi Craig” and is signed by Denise Ross, Edyth Phillips and Lesley Desreau. 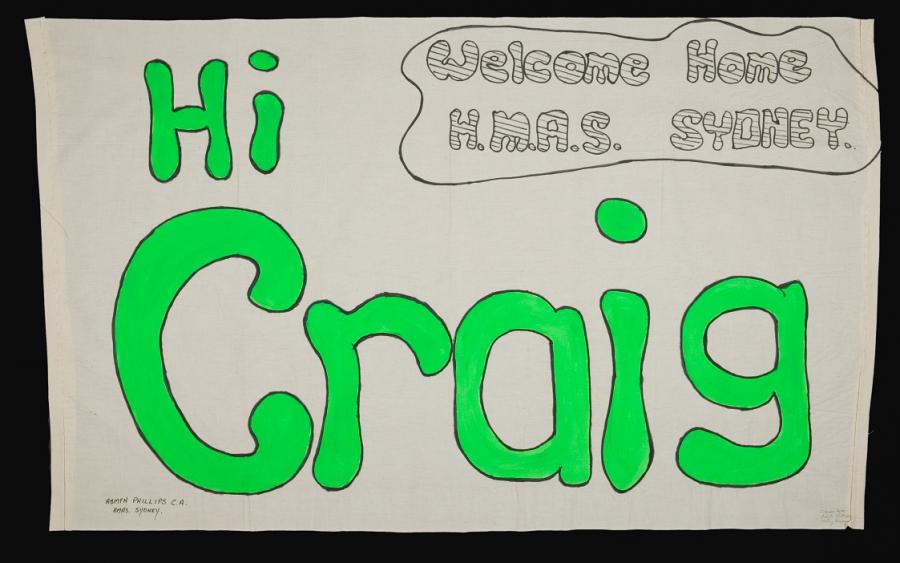 After arrival in Sydney the crew began a period of leave and maintenance and were back at sea at the end of June. In August crew members took part in a welcome home march in Sydney for Gulf War veterans.