What do a concert pianist, an Indian bandmaster and an Australian militia bandmaster have in common? Each of these individuals composed a march that would eventually be adopted as the regimental march of an Australian Imperial Force infantry battalion during the First World War. Many were popular songs of the period.

The 23rd Battalion March was composed during the First World War by Miss Una Bourne at the request of Mrs Doris Carter. Una Bourne was a concert pianist and composer who toured as an associate artist with Dame Nellie Melba during her Australian visits. Una remained in England during the war years and performed for hospitals and the Red Cross. 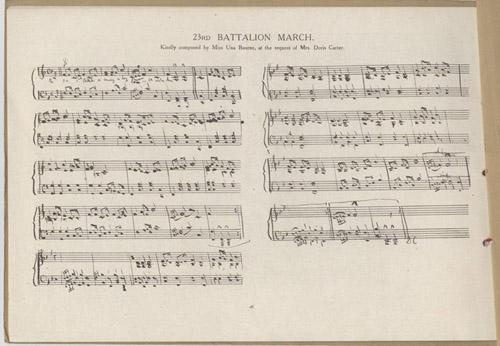 The tune that became the 13th Battalion Regimental March was compiled by an Indian bandmaster for the Crown Prince of Germany's visit to India in 1911. Following the First Battle of Bullecourt, the 13th Battalion Bandmaster, Richo Copp, ordered this march to be played outside Brigade Headquarters as the remaining 700 soldiers marched back to billets. General C H Brand heard this march during both events and announced that this was the battalion's regimental march following the latter performance in 1917. 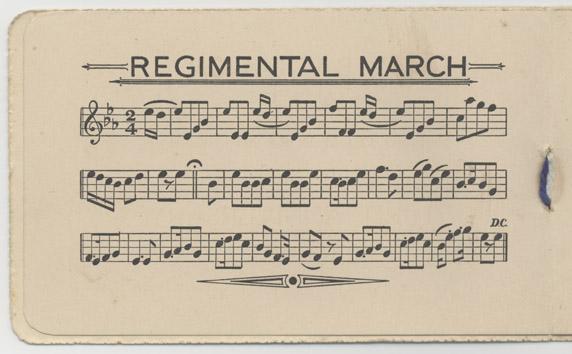 Many of the members of the 30th Battalion Band were involved in the Manly Municipal Band prior to the war. The regimental march of this battalion was titled Association and was also written by Manly resident Sam Thompson.

Other regimental marches known to have been adopted by infantry battalions are: