The passing of a Second World War commando 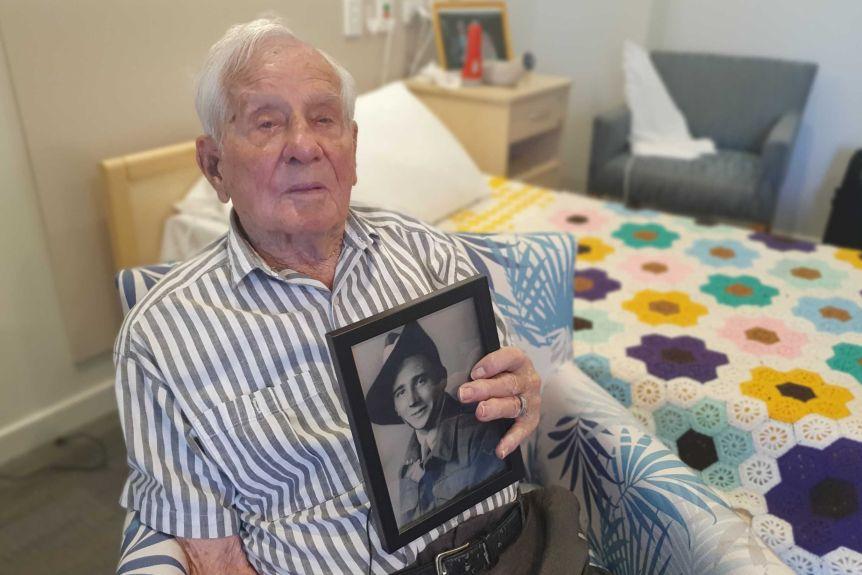 Nearly one million Australians joined Australia’s armed forces during the Second World War, half of whom served overseas during the conflict. Sadly, some 75 years since the end of the war, the numbers of those men and women who stood against Hitler, Mussolini and expansionist Imperial Japan are now few. Today we acknowledge the recent passing of another Second World War veteran, WX12804 John “Jack” Trelease Hanson, who served with the 2/2nd Independent Company on Timor during 1942 and later with the 2/12th Commando Squadron on Labuan Island in North Borneo in 1945.

The son of Great War veteran, Mr Hanson was born in Subiaco, Perth, in 1920. He left school when he was 15 and worked as a motor trimmer before enlisting in the Australian Imperial Force (AIF) in May 1941 when he was not yet 21. At the outbreak of war his father, who had served in the Light Horse on Gallipoli and in Palestine told his son to join the air force. But the young man instead chose the army. 1  Once in the army, Mr Hanson volunteered again for what he later described as a “special unit”, becoming one of the early members of what became the 2/2nd Independent Company.

This was a new type of unit comprised soldiers specially trained in irregular and guerrilla warfare, demolition, advanced field craft, map reading, and signals work. These units were intended to be independent of a main infantry force, and to conduct raids or operate behind enemy lines in occupied territory. The independent companies, later retitled commando squadrons, were the forebears of today’s Special Operations Forces.

As part of Sparrow Force, Mr Hanson and the 2/2nd Independent Company conducted a successful, near year-long guerrilla campaign in Portuguese Timor against the occupying Japanese forces. The Australians were only able to conduct these operations because of the brave support of the Timorese people, who provided food, shelter and assistance.

"We couldn't have existed without the Timorese. For them to have supported us when we were really down, a friend in need is a friend indeed,” Mr Hanson said in an interview with journalist Johanna Marie in 2019. (He spoke Tetum fluently and later also learnt Malay.) He described the conduct of the company’s war on Timor:

“We would lay [in] wait for them to come up the track, a patrol of Japanese was never under a hundred men, but we would get four or five swiped and ten wounded and quietly sneak away.” 2

Initially reported “missing” to his family, Mr Hanson survived the campaign on Timor but was in ill-health. He was frequently hospitalised with malaria and became an instructor during 1943. Mr Hanson joined the 2/12th Commando Squadron in May 1944 and later participated in the Oboe Six operations in North Borneo in June 1945. His younger brother, Trooper Leslie Hanson, was then serving in New Guinea with the 2/9th Commando Squadron. 3

A veteran of two campaigns, Mr Jack Hanson returned to Western Australia after the war. He worked in several different jobs in Fremantle, including being the skipper of a fishing boat for two years, and had a mechanical aptitude. He joined the Regular Australian Army in 1954 and briefly served with the 2nd Battalion, Royal Australian Regiment. 4

In August 2019, the ABC news reported Mr Hanson was believed to be the last living Australian veteran from the 2/2nd Independent Company. “We went in as a little independent company and we came out of Timor as commandos." 5

On learning of Mr Hanson’s death this week, Mr James McMahon DSC DSM, an Australian special forces veteran and member of the Council of the Australian War Memorial, wrote that the 2/2nd Independent Company displayed resource, candour, independence, comradeship, patriotism, loyalty, audacity, endurance, and the other attributes represented in the stained glass windows in the Hall of Memory at the Memorial. They were “true Special Operators”, Mr McMahon remarked; “Lest we Forget.” 6