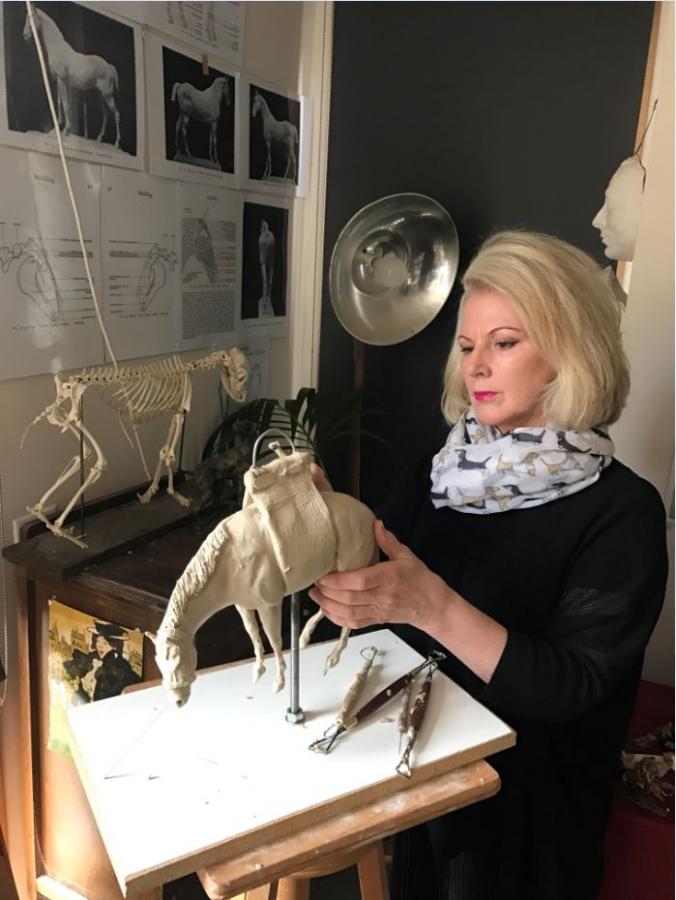 Artist Judith Leman at work in her studio: "The horses can’t talk, and I’m hoping this provides a voice for them."

Melbourne artist Judith Leman has been passionate about horses for as long as she can remember.

“I’ve been painting all my life and I just dreamed horses,” she said. “I can remember drawing horses at the age of six and learning to ride at eight.”

It was her great love of horses and her family’s history of military service that inspired Leman to create a series of sculptures recognising the vital role horses played in the First World War. Five of her sculptures are now on display in the Reg Saunders Gallery at the Australian War Memorial to mark the 100th anniversary of the battle of Beersheba.

“As an artist, I was always inspired by the Great War artists … and I always had a passion in mind to do something for war horses,” Leman said.

“My grandfather, Marcel Leman, was also passionate about horses and he bought my first horse for me. He was an artist who was in the Belgian artillery and he had a war horse, so it stems from there as well.”

Leman’s great-uncle fought on Gallipoli, and his cousin was in the 3rd Light Horse.

The battle of Beersheba took place on 31 October 1917, the final phase of which was the famous mounted charge of the 4th Light Horse Brigade. The attack on the strategically important town of Beersheba had been launched at dawn. At dusk, the Australian horsemen of the 4th Light Horse Brigade charged, using their bayonets as swords, breaking through the Turkish defences and seizing the town. The capture of Beersheba enabled British forces to break the Ottoman line near Gaza and advance into Palestine. Thirty-one light horsemen were killed in the charge and 36 were wounded. At least 70 horses died.

Leman’s sculptures pay tribute to the horses that were killed and wounded during the First World War, and are an expression of the unique bond between a soldier and his equine companion.

“The horses can’t talk, and I’m hoping this provides a voice for them,” Leman said.

“You just try and think how the soldiers must have felt when they looked at their horses – heads down, and so thirsty – but they just kept going.

“And then you get to the battle at Beersheba where they charged. You can’t even fathom how they must have been when they got there, and then to keep fighting for water. I’m just hoping that 100 years later people will stop and think that they did that so that we could be where we are now in this country.”

Leman visited the Australian Light Horse Museum in Nar Nar Goon, Victoria, and later studied First World War saddles to help complete her works. “It was extremely emotional and I started the very next day,” she said of her visit. “The five pieces on display [at the Memorial] are five of what will be 11 pieces all told, so it’s a work in progress.”

The sculptures tell the stories of the horses being transported to Egypt, of their suffering in the harsh conditions, and then charging into battle, and a soldier’s grief at returning to Australia without his horse.

“I’m just hoping people will look and stop and think about what the conditions were for everyone concerned – the horses and the soldiers,” Leman said. “The last piece, The last goodbye, I think says it all.” 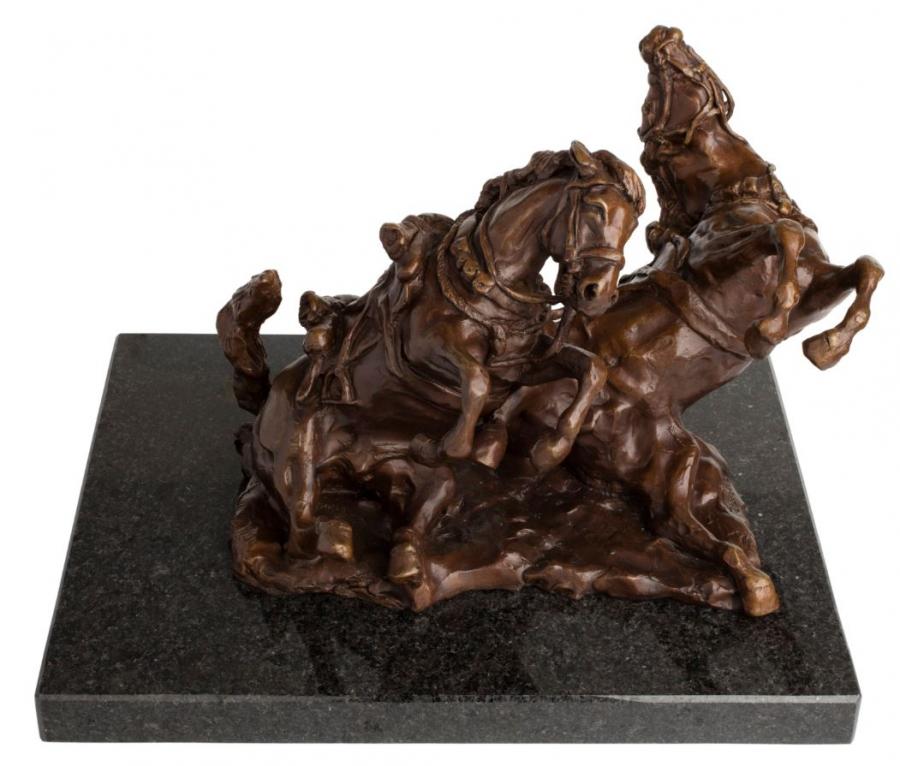 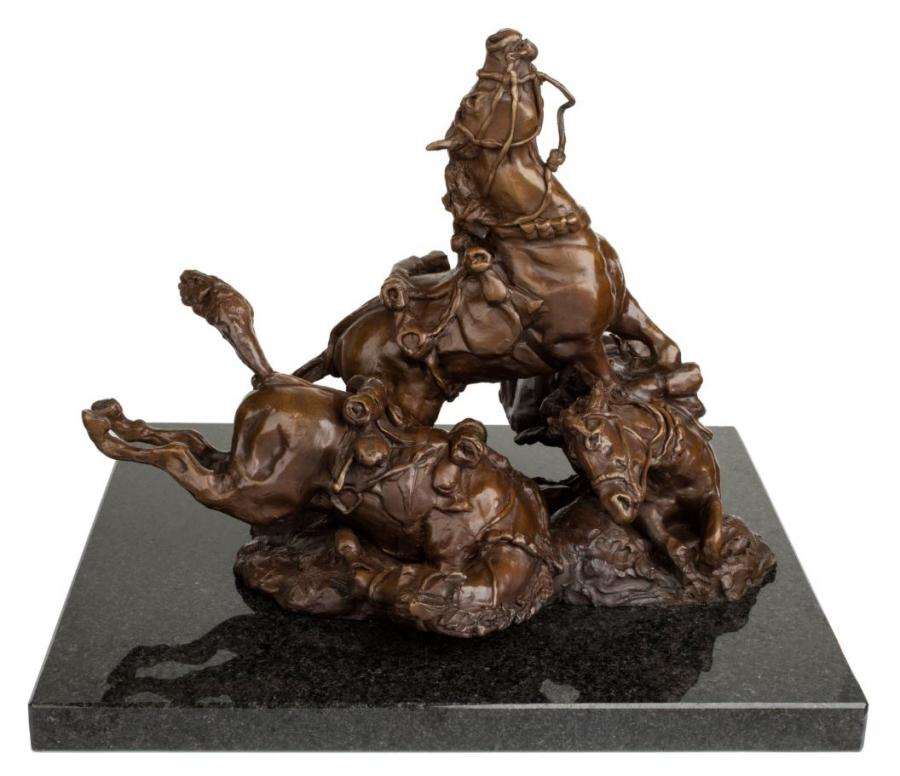 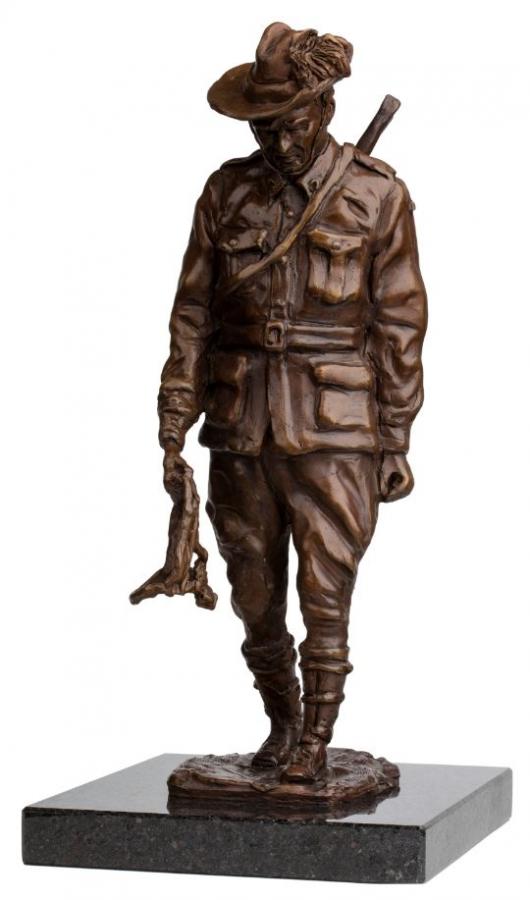