'We were just ordinary people' 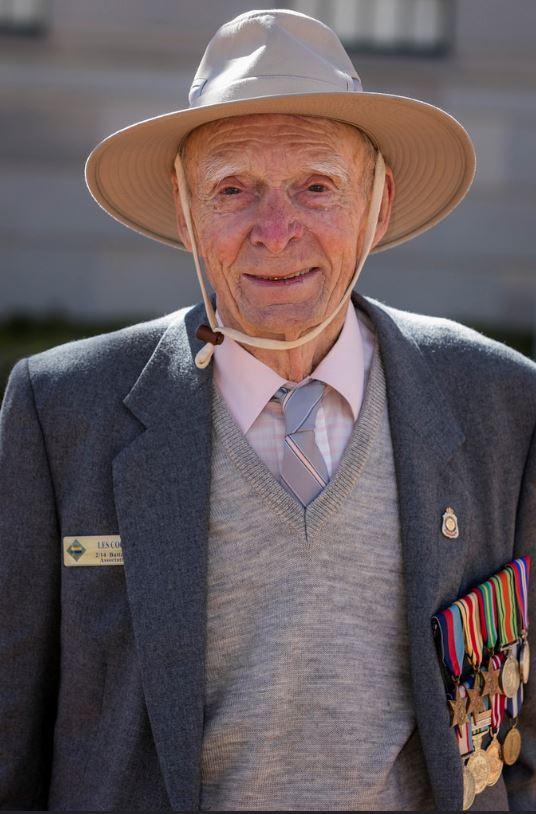 “All your senses get weaker when you get old, but for some reason emotion gets stronger, and bugle calls have an effect on me now that they didn’t have before.”

It’s early morning in Canberra and 94-year-old Les Cook is braving the cold at a wreathlaying ceremony at the Australian War Memorial to pay tribute to his mates who died during the Second World War. The cold is nothing compared to what he endured during the war, but Cook admits the ceremonies affect him more as he gets older. He’s also a little uncomfortable with all the attention.

“It’s embarrassing to be held up as something that you’re not,” Cook said.

“As one man said, we weren’t soldiers, we were heavily-armed civilians, and I liked that definition, because that’s what we were.

Cook was just 16 years old when he first tried to enlist after war broke out in 1939. It wasn’t until after the battle of Dunkirk in May 1940 that he was finally successful in joining the army.

“It was the thing to do in our generation,” Cook said. “That was just what people did. My father was in the First World War and he enlisted in the Second World War. He put his age down four years and I put mine up four because the minimum age was 21. I remember when I left work, the head of the organisation talked of courage, and I remember saying at the time, it would have taken more courage for me not to have enlisted.”

Cook had just turned 17. He first served in North Africa, before going on to Greece, Crete, and Syria. After that was Kokoda and the Pacific War, and the occupation of Japan.

“My dad and I we were often in the same country during the war,” he said. “But we might as well have been in different worlds.”

From July 1942 to early 1943, Australian troops on the Kokoda Trail in the Owen Stanley Range and on the beaches of northern Papua saw some of the most desperate and vicious fighting encountered in the Second World War. But like many veterans, Cook doesn’t like to dwell on the darker side of the war.

“There’s a lot said about the mountains and that,” he said of the Kokoda campaign. “But the battles there were nothing like as awful as they were in the swamps on the coast at Buna, Gona, and Sanananda, and afterwards in Borneo.”

It was during the war that Cook met his future wife Betty on a train. He carried her picture wherever he went.

“We’d never even held hands,” he said with a laugh. “We’d written to each other for three years before I came back in 1947 and we were married in 1948, but that wouldn’t have affected me to tell you that story 10 years ago. I’d never been out with a girl, but I went away and my wife was the only girl I ever really knew.”

Seventy-five-years after Kokoda, Cook prefers to remember the funnier stories and has written some of them down for his family.

“In Borneo we were cut off for three days and two nights and we didn’t get much sleep, and there were two blokes in a shell hole that was half full of water,” he said. “One of the blokes went to sleep and his steel helmet pushed his head under the water. The other bloke heard him breathing bubbles under the water and pulled his head up.

“Another time a bullet came past an officer’s head. The officer turned around and yelled out: ‘Look out where you’re firing, you nearly hit me.’ And the bloke said to him: ‘There were two Japs the other side of the tree you were behind, and I’ve just shot one of them.’”

He recalls another incident that took place when the Australians had taken up defensive positions. The two-inch mortar man was behind a log when an arm in a Japanese uniform slipped over the top, picked up a mortar and took it away. 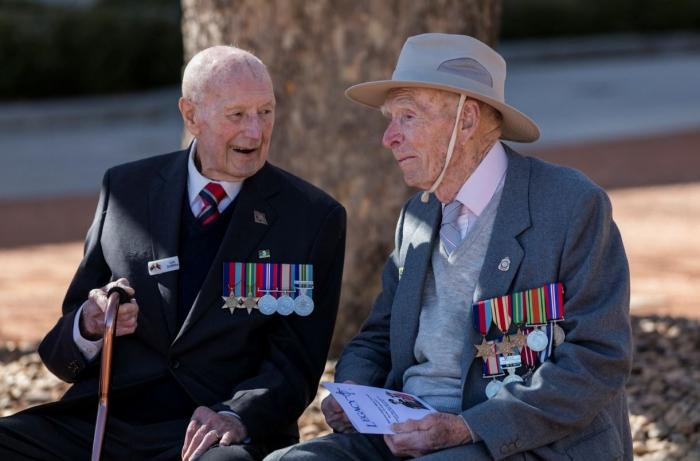 Len Griffiths and Les Cook both returned to Kokoda in 2012 to mark the 70th anniversary of the battle.

Cook’s friend, 95-year-old Len Griffiths, was also at Kokoda. His memories are just as vivid. He was working at the American Embassy in Canberra when he joined the army in 1941.

“I didn’t decide, the government decided for me,” Griffiths said with a laugh.

He was 20 years old when he served as a sergeant major in the 3rd Battalion (Militia). He will never forget the day he was responsible for organising the raising of the Australian flag when the Australians reached Kokoda on the 2nd of November.

“It was shocking, absolutely shocking,” Griffiths said of the campaign. “We were cold, wet, hungry and thirsty, but we got through. Somebody said: 'Are you going to have a spell?’ And my commanding officer said, ‘No, we’re not going to have a spell, we’re going to push through regardless,’ which is what we did do. When we got there, it was my responsibility to organise the raising of the flag at Kokoda and a young chap in my platoon, Merv Shea, raised the flag.”

Griffiths said they would never have made it without the help of the civilians who became affectionately known as the Fuzzy Wuzzy Angels. They carried supplies, built bases airfields and other wartime infrastructure, and helped evacuate the sick and wounded.

“The old saying up there is that we wouldn’t have won the war if wasn’t for the Fuzzy Wuzzy Angels and it’s true too,” he said. “They were very, very good.”

Griffiths and Cook both returned to Kokoda in 2012 to mark the 70th anniversary of the battle, and Griffiths was again responsible for raising the flag. He considers himself one of the lucky ones.

“It was pretty tough going,” Griffiths said of the campaign. “I was only 20 during the war, and going back to Kokoda [in 2012] was a great experience in a lot of ways, but it brings back memories of what you went through.

“It wasn’t an easy campaign. It was pretty hard, but being a young bloke, and fit, I got through okay, and I’m still here … just. I had malaria pretty bad a couple of times, so I’m just lucky to be alive.” 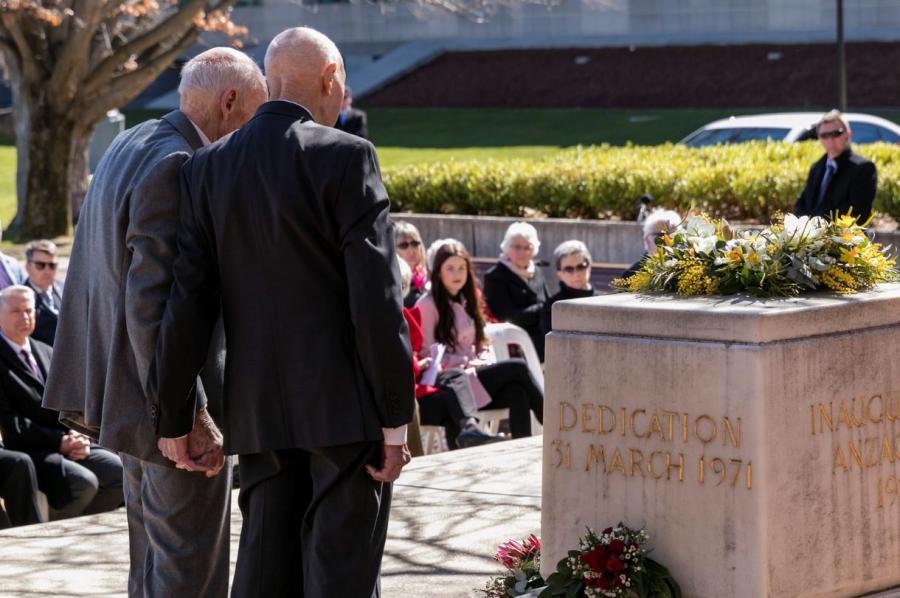