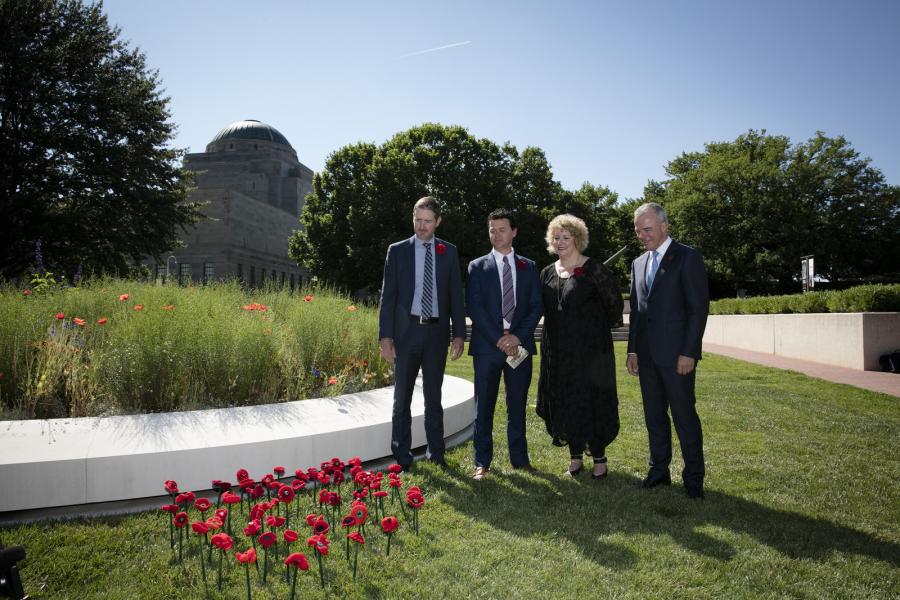 A sea of 62,000 handcrafted poppies will transform the lawns of the Australian War Memorial next year to mark the centenary of the 1918 Armistice that ended the First World War.

Each of the poppies has been lovingly knitted or crocheted by volunteers to represent an Australian who died while serving in the First World War, and the carpet of red will form the centrepiece of commemorations at the Memorial between October and November.

“Every single one of us that had any family in our country in the late 19th and early 20th centuries was touched by this, and whether you are Australian by birth or Australian by choice, this is our story,” Dr Nelson said.

“These are the stories of the men and women who made us who we are and gave us what we have, and it’s been one of the most inspiring things to see Australians from all walks of life knitting these poppies … I never cease to be amazed by how touched Australians are by the stories of sacrifice, of love and friendship, which emerged from the First World War.”

The poppies will go on display in the Memorial’s Sculpture Garden in the final phase of the 5000 Poppies Project, which has created a number of installations in Australia and overseas in partnership with award-winning landscape designer Phillip Johnson.

The co-founder and creative director of the 5000 Poppies Project, Lynn Berry, said the display at the Memorial would be a fitting finale.

“This project has been an incredible labour of love for 50,000 people from across the world … from all walks of life,” Ms Berry said.

“My sister-in-law and I both started it to honour our fathers, and it was about making 120 poppies to honour them, and … it just grew and it grew.

“We’re delighted to be at the War Memorial next year. We think this is our spiritual home… Right from the very start, we said this is where we were going to end up … because it’s a special place.”

For landscape designer Phillip Johnson it was an honour and a privilege to be involved in the project and to hear the stories behind the poppies.

“My great-grandfather, Frederick Richard Johnson, passed away five days before Australia was pulled off the front line in the Somme … so it’s been an honour as a landscape designer to create something so important,” Mr Johnson said.

“We had a bit of a dream, Lynn and I, of where we could take this project, and at the time I was reading … letters that Frederick sent home to his wife. And [in] this one letter he said, ‘Last night I had the most beautiful dream of holding your hand, Mabel, of walking along our creek, Reedy Creek, and I woke up that morning and I was still in the trenches.’

“He never returned … and that’s what brings it home.” 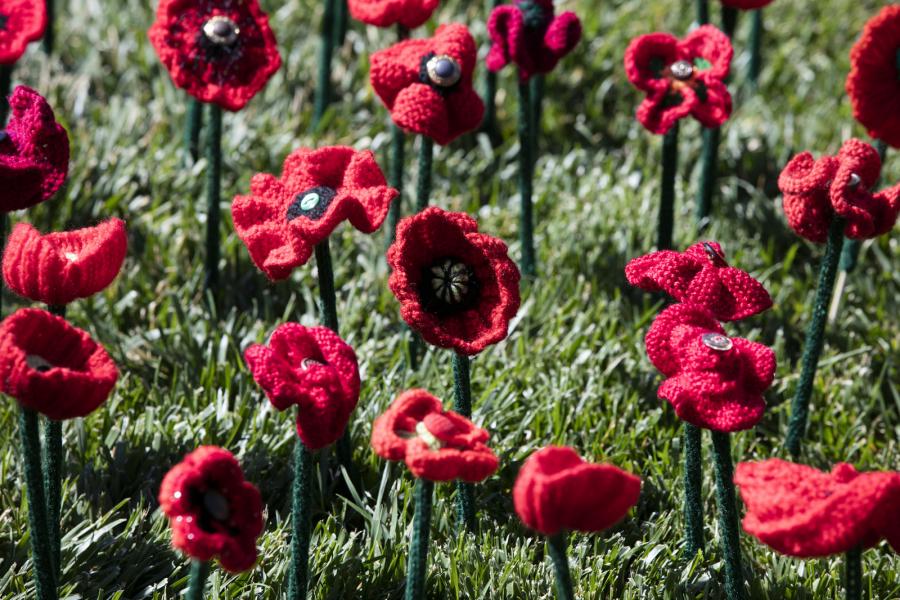