They weigh about one and a half tonnes each and have travelled more than 30,000 kilometres in the past year alone. But now the iconic Menin Gate lions, past which thousands of Australian and other allied forces marched on their way to the Western Front battlefields, have been returned to Australia from Belgium and are back on display at the Australian War Memorial.

It took seven collections staff about six hours to manoeuvre the lions through the Memorial and back into position on Wednesday evening as their long journey came to an end and they once again took pride of place guarding the entrance of the Memorial.

From 1822 the stone sculptures bearing the Ypres coat of arms stood at the entrance to the town’s civic and commercial centre, the Cloth Hall, before being moved to either side of the road leading towards the nearby town of Menin in the mid-nineteenth century. They remained at what became known as the Menin Gate during the First World War, even as Ypres was reduced to ruins by German artillery fire.

The lions, broken and scarred, were later recovered from the rubble, and in 1936 the Burgomaster of Ypres presented them to the Australian government as a token of friendship and an acknowledgement of Australia’s sacrifice in the region during the war. Since 1991 the lions have been on display at the Memorial in Canberra.

But an initiative between the Belgian, Flemish, and Australian governments saw the lions temporarily returned to the Menin Gate between April and November this year to mark the centenary of one of the most costly campaigns of the First World War, the Third Battle of Ypres, often known simply as “Passchendaele”.

The Memorial’s Assistant Director and Head of the National Collection Branch, Brian Dawson, said the lions symbolised the ongoing friendship between the two countries and all that they had fought for during the First World War.

“Certainly, the feeling from the people of Ieper was that they very much appreciated the gesture of the loan,” said Dawson, who is also a retired Major General with more than 40 years of service in the Australian Regular Army.

“I’d served previously in Brussels for three years in my last job as the Australian Military Representative to NATO, so I was familiar with the area of the Menin Gate, but when I first saw the lions outside the gate, even though I’d seen them in photographs, it was quite moving. 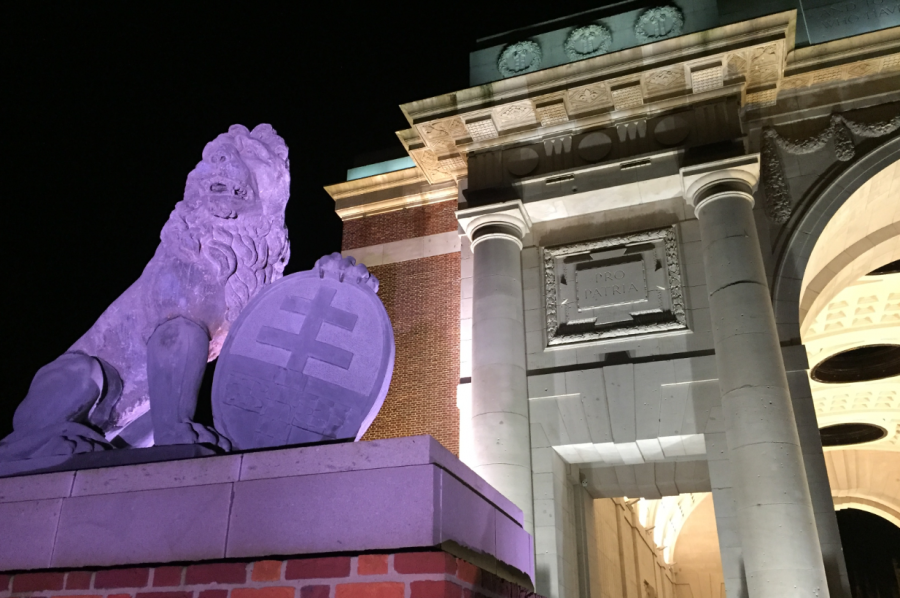 The Menin Gate lions were returned to Belgium to mark the 100th anniversary of the 1917 battles.

“The statues had been at the Menin Gate during the period of the First World War, and particularly that period in September through to October and November of 1917 when literally thousands of Australian soldiers marched through that gate because it led to the battlefields which were to the east of Ypres.

“From the Australian sense, there were about 13,000 men who were killed, many of whom have no known grave. There are more than 6,000 Australian names on the Menin Gate and all five divisions and all 60 Australian battalions went through the fighting at Ypres, so in many ways it touched all of the Australian Imperial Force.

“So the symbolism of these lions, which had witnessed in one sense these appalling battles, being back there for that period to mark the 100th anniversary was pretty moving, not only for me as an ex-soldier and member of the War Memorial, but also the people Ieper.

“One old gentleman, who has had a very long association with the town’s Last Post Association, remembered as a young child seeing them being loaded on to the trains in the 1930s, and for him, being still alive to see them come back, was a very moving experience.”

He was one of hundreds of people who attended the Last Post Ceremony at the Menin Gate in on 27 November to farewell the lions as the Deputy Burgomaster of the City of Ieper presented the Memorial with a silk standard banner bearing the town’s coat of arms.

The next day the lions were carefully prepared and packed for transport back to Australia via the United States.

“It is complex process in terms of the number of stakeholders involved, and we had to work our way through the process to make sure the statues would be safe and secure,” Dawson said.

“As you can imagine, when you are moving a one-and-a-half-tonne stone statue, it needs to be pretty well restrained inside an aircraft, so there was quite a complex crating procedure to be developed to enable it to travel safely. That took an enormous amount of work to coordinate, and it would have been very difficult without the support of the Royal Australian Air Force and their C17s, which are capable of moving what turned out to be a 20-foot container weighing about 7,500 kilograms all up.”

The lions arrived in Canberra on 16 December and were taken to the Memorial’s storage and conservation facility at Mitchell, where they were carefully unpacked, cleaned, and checked by specialist staff before being transported and reinstalled in the foyer at the Memorial on 20 December.

Earlier in the year, the Australian government announced it would donate full-sized replicas of the Menin Gate lions to the City of Ieper. The replicas will be carved from Belgian Bluestone, the stone used for the original lions, and should be ready for installation outside the Menin Gate in mid-2018.

“I think by any measure it’s been a great success,” Dawson said of the loan. “The Menin Gate is special in that it bears the names of more than 50,000 men who have no known graves. It’s a powerful spiritual place, and the linkage between Australia and the Menin Gate and the City of Ieper and its ancient history is very moving.” 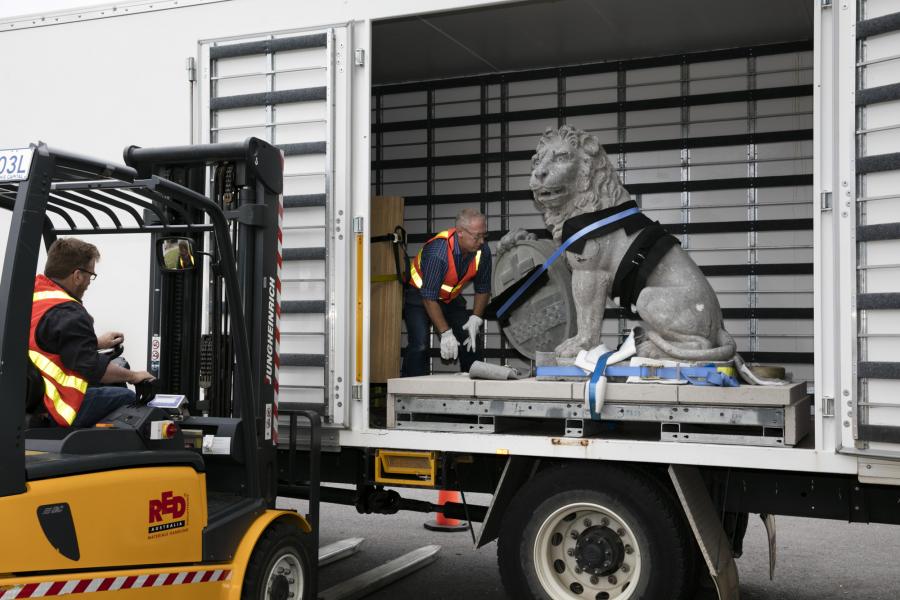 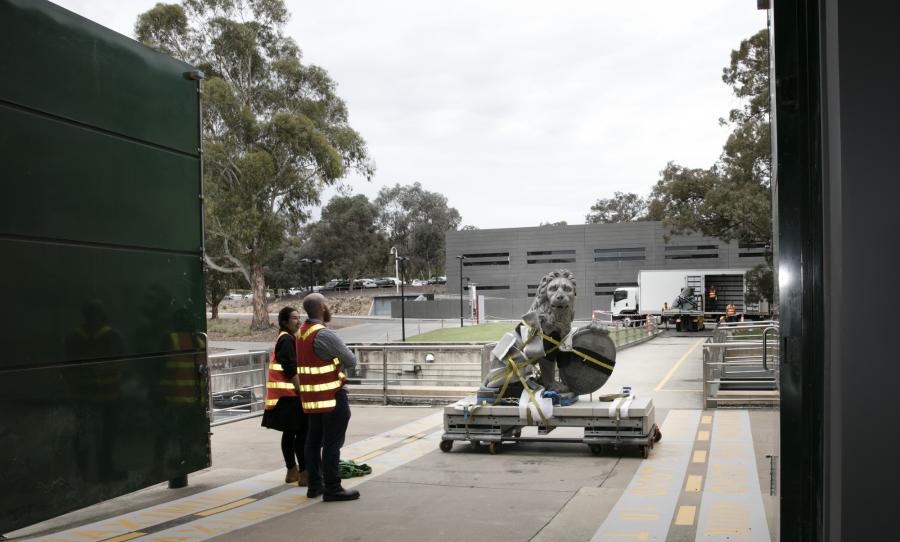 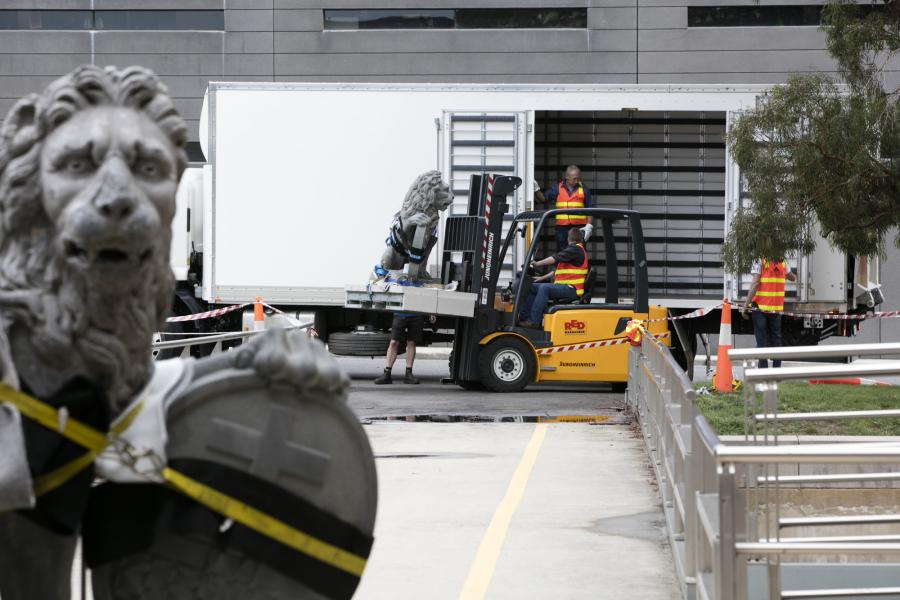 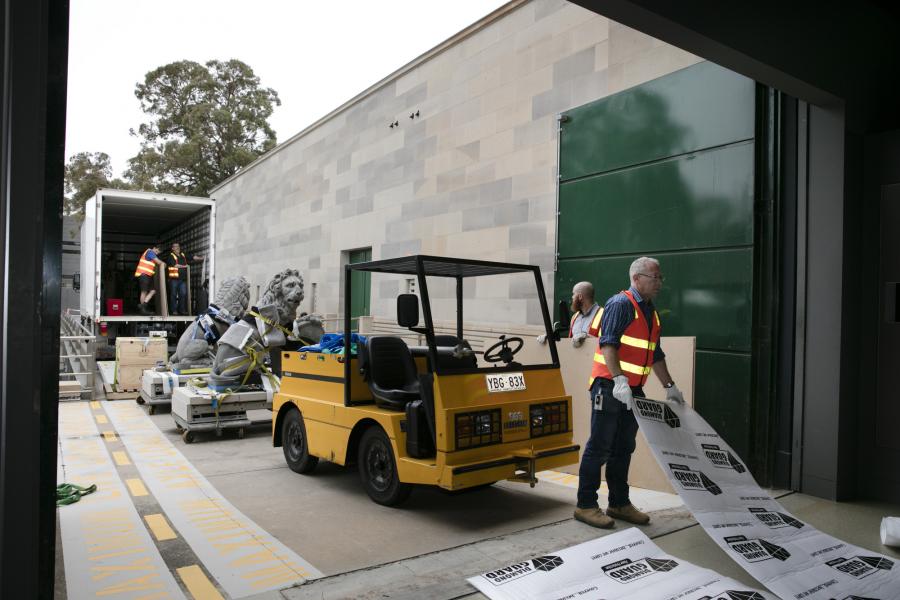 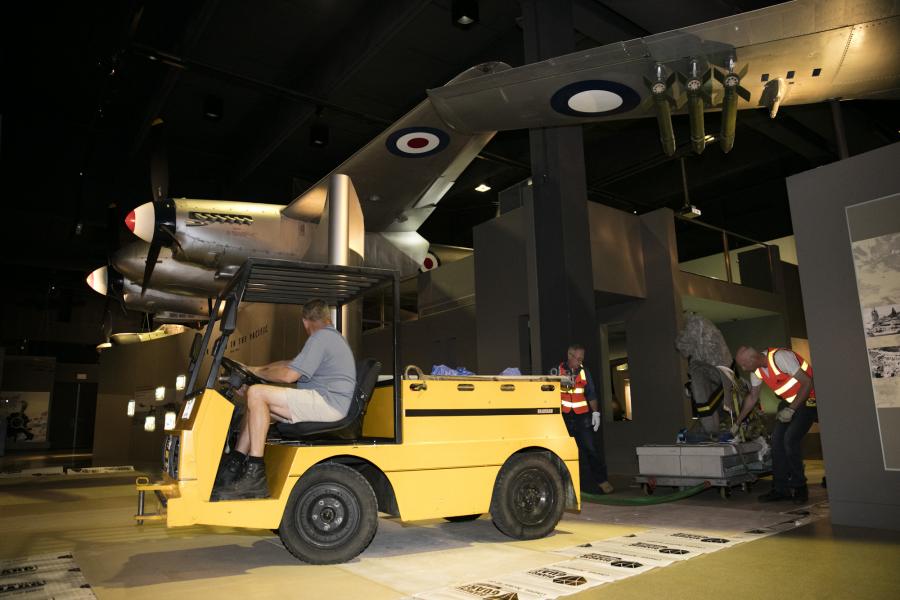 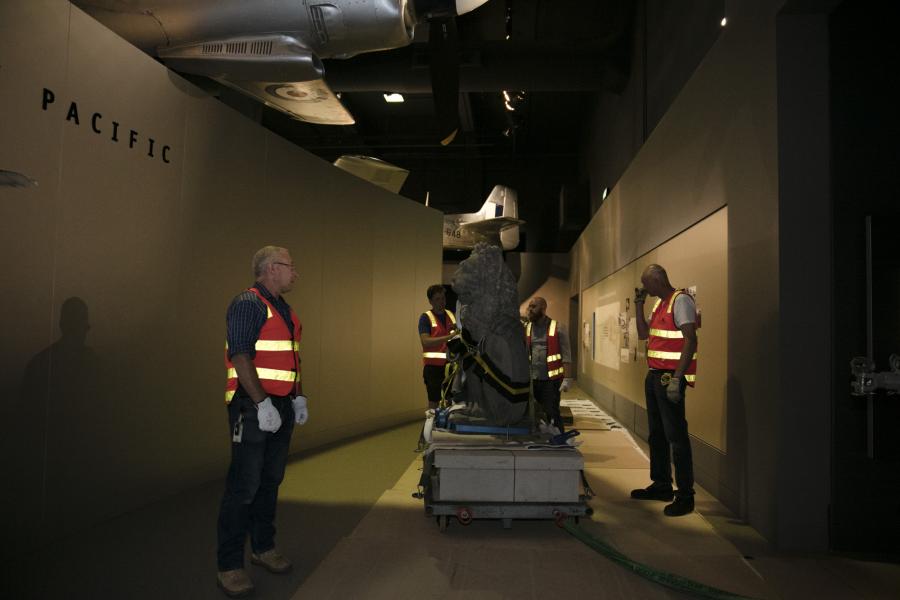 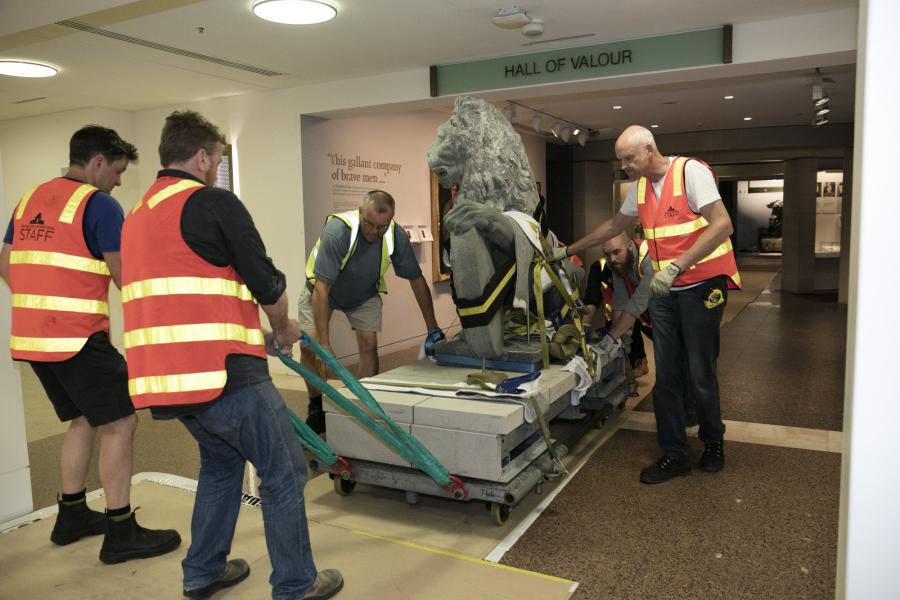