Today, the 28th of October marks New Zealand’s fourth observance of the National Day of Commemoration for the New Zealand Wars (Te Pūtake o Te Riri, He Rā Maumahara). The Māori translation includes the phrase, ‘reason or source of anger or rage’, referring to the disastrous and ongoing impact these wars have had on Māori. On this relatively new national day, Māori and Pākehā (white New Zealanders) seek to gather, share and discuss stories about the wars, and hold ceremonies to commemorate them. 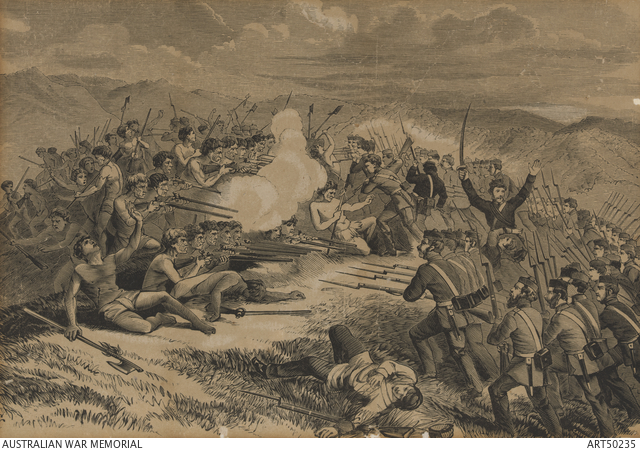 What were the New Zealand Wars?

The New Zealand Wars (Ngā Pakanga o Aotearoa), which occurred between 1845 and 1872 were fought over two main issues: land and sovereignty. Deceived by the 1840 Treaty of Waitangi, the Māori chiefs who signed it believed they were not ceding sovereignty or land rights. But to the colonists they had, and as more and more settlers arrived, that rapidly became all too apparent. Fighting took place all over the North Island; first in the Northland, then Taranaki, the Waikato, around Wellington and Whanganui, and later the East Coast and the interior. By 1872 when the last organised resistance was dispersed, the Māori had lost significant portions of their land and found themselves increasingly under the rule of the colonial government.

Some 1,000 British soldiers, colonial settlers and their Māori allies died during the 27 years of war, while around 2,000 Māori are thought to have been killed opposing them. An unknown number of Māori non-combatants also perished from famine, disease and the deprivations brought by long-term war. 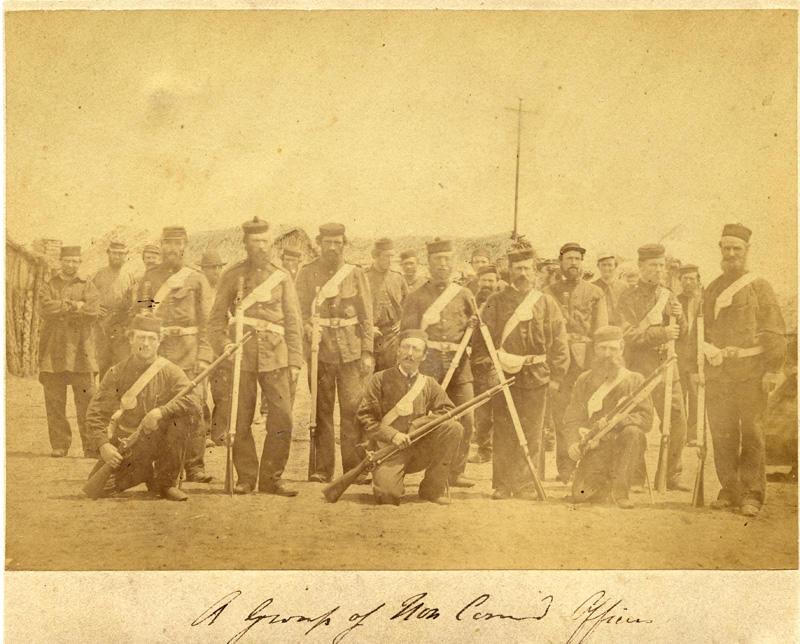 Initially, the Australian colonies’ main connection with the war was the provision of Imperial troops – British regiments stationed in Australia sent to fight in New Zealand. Then during the First Taranaki war in 1860-61, the Government of Victoria sent their naval steam/sail sloop HMCS Victoria to support operations. This was the first ever deployment to war of a naval or military force raised by one of the Australian colonies.

Following the outbreak of the Second Taranaki War in April 1863 and the invasion of the Waikato in July, the New Zealand government sought additional troops for military operations, and to occupy and settle the conquered lands. Recruitment began in the Australian colonies and ultimately, some 2,500 men signed up for New Zealand’s military settler scheme. It is likely that many more ‘Australians’ who were already in New Zealand joined up as well. After three years’ paid service military settlers would be entitled to a block of land ranging from 50 acres for a private, up to 400 acres for a field officer above captain.

After 1866 the involvement of British Imperial forces in New Zealand declined and the militia took over operations. In 1867 the New Zealand Armed Constabulary, which combined military and policing roles, took the lead as many militia units disbanded. Some militiamen, including Australian military settlers, transferred to the constabulary and continued fighting until Māori resistance ended in 1872. While some remained to take up their allotments of land, most found the prospect unappealing and either moved on, or returned home to Australia.

A 1952 amendment to the Australian War Memorial Act (1925), extended the Memorial’s scope from simply ‘the War’ (initially meaning just the First World War), to ‘any war or war-like operations in which Australians have been on active service’. This brought the New Zealand Wars into the Memorial’s purview in terms of commemoration, exhibition and collections. The war’s presence remains small, but it is nevertheless a relevant chapter in Australian military history.

The National Day of Commemoration

The inaugural observance of the day was actually moved to 11 March 2018 to mark the anniversary of the Māori attack on Kororāreka (today’s Russell) in 1845, which began the New Zealand Wars. Subsequent observances have been held on 28 October, which marks the Declaration of the Independence of New Zealand (He Wakaputanga o te Rangatiratanga o Nu Tireni), signed by 34 northern Māori chiefs at Waitangi on 28 October 1835. This was the precursor to the 1840 Treaty of Waitangi, the latter bringing to a head the issue of sovereignty and governance, which in turn led to the commencement of the wars in 1845.

The National Day of Commemoration is hosted in a different region each year where gatherings, events and ceremonies take place. The second observance was held in Taranaki in 2019, and while 2020 was scheduled for 28 October at Ōrākau, it was postponed due to the COVID-19 pandemic. Unfortunately it is the same case this year, 2021. In place of this year’s planned gatherings and ceremonies, a one-hour event will be aired on MāoriTV on 28 October.

In addition to the Day of Commemoration, the New Zealand Government has committed to making New Zealand history a compulsory part of the curriculum in primary and secondary schools beginning in 2022. This will include the history of the New Zealand Wars. 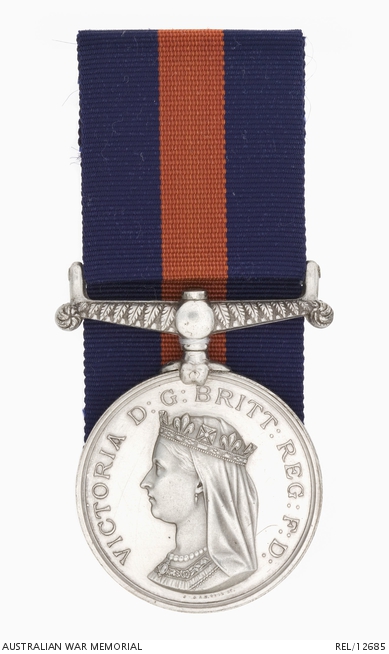 New Zealand Medal: Able Seaman William Jones, HMCS Victoria. The New Zealand Medal was a campaign medal awarded to Imperial and Colonial troops in the New Zealand Wars. Colonial militia claimants had to prove they had been in battle and under fire on at least one occasion. The Memorial holds several examples of this medal in its collection.